Biologists inspected the massive carp and collected its eggs for research 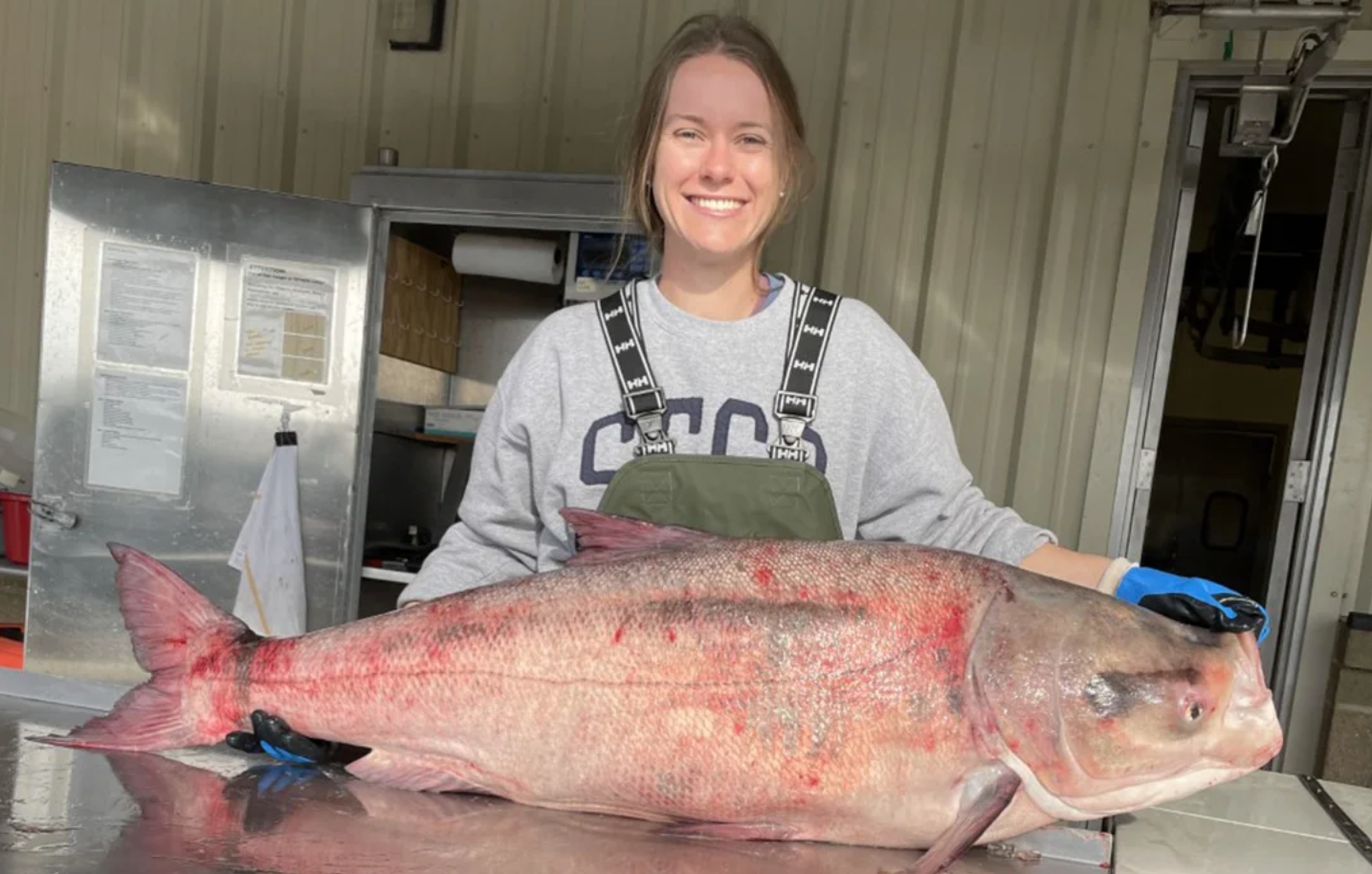 More than 10 pounds of eggs were removed from this Oklahoma bighead carp and sent off for study. Oklahoma Department of Wildlife Conservation
SHARE

Invasive carp have spread through many of America’s waters, and fisheries managers across the nation are trying to slow down several imported species, including the bighead carp. Recently, a paddlefish angler helped pluck one giant breeding bighead from the population.

The angler was snagging on March 10 and landed a gigantic bighead carp on Grand Lake in Oklahoma, according to a Facebook post by the Oklahoma Department of Wildlife Conservation. According to the post, the 54-inch carp yielded an incredible 10 pounds of eggs, some of which were sent to Missouri State University for its ongoing carp study.

Bighead carp grow quickly, with a 125-pounder recorded last year in Missouri. Fish weighing almost 90 pounds have been taken from Oklahoma waters. Scientists are troubled by the rapid spread of bighead carp, plus other non-native carp species such as the silver, black, and grass carp, which can all outcompete native fish species.

Bigheads are indigenous to China and were introduced to the U.S. in 1973 by a fish farmer to improve water quality. The carp escaped and spread rapidly. Bigheads are chiefly filter feeders, dining on zooplankton and phytoplankton, which are also food for shellfish and native fish in larval stages.

Bighead carp have become well established in the Mississippi River drainage. They have spread rapidly and are considered a destructive invasive species, resulting in a national plan to thwart their spread, as well as the spread of other invasive carp species.

Transporting live invasive carp is illegal in many states, and the Oklahoma DWC encourages anglers to report any bighead carp sightings.