Biologists Have Discovered a New Way to Control Invasive Carp

Invasive carp continue to thrive, but biologists are trying to find and remove eggs in order to curtail populations 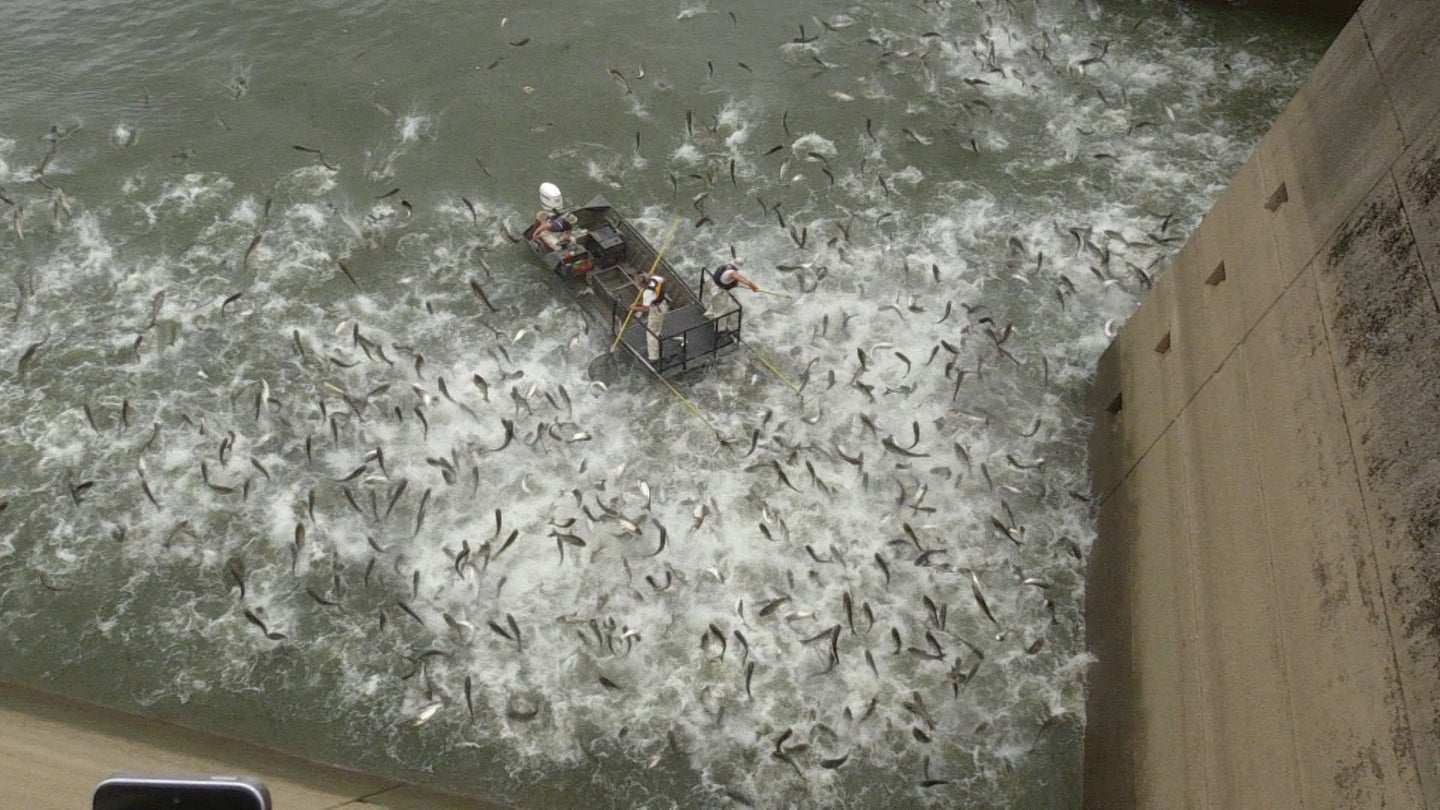 There's a possible breakthrough in ending the carp invasion.
SHARE

They’ve tried netting them, catching them, trapping them, eating them, and using them for cat food and fertilizer. But four species of non-native carp continue to thrive in a decades-long scourge that could forever transform the nature of some American waters and their sportfish populations.

But all is not yet lost.

According to Phys.org, U.S. Geological Survey (USGS) and University of Missouri scientists may have discovered a breakthrough in the war on invasive carp. They’re studying the complex way carp eggs move in rivers, hoping they can find and remove them pre-hatch.

Adult carp in closed water systems, like reservoirs, are still a problem. But lakes are more easily dealt with. Rivers, like the Missouri, are large, muddy, and deep, making capturing carp difficult.

“We’ve been developing better ways to remove large numbers of adult carp,” says Duane Chapman, fisheries biologist with the USGS. “But you need to think about the other end as well.”

Fertilized carp eggs drift far and wide as they develop. If biologists can learn what riverine waters are best for carp egg and larval development, they can attack those places and kill carp before they mature.

“What we’re trying to figure out is once larvae hatch, how their senses develop, and how they use them to move into nursery habitat,” says Amy George, a research fisheries biologist.

Phys.org says there are four main species of invasive carp in rivers — bighead, black, grass, and silver. All have been cultivated as food fish in China for more than 1,000 years.

Carp were imported to the U.S. by fish farmers in the 1960s, stocking ponds and lakes for harvest. But invasive carp were released into rivers and have since exploded in population, spreading like a non-native disease through the Missouri and Mississippi river systems.

Federal fisheries biologists estimate that invasive carp can almost completely destroy native fish populations. They can also degrade habitat for other animal species that need water to survive, like migratory waterfowl and other shorebirds.

“They really impact sportfish like walleye and crappie,” Chapman said.

Read Next: The New Demand for Asian Carp Might Help Our Waterways

There’s great concern about carp moving into the Great Lakes and altering that ecosystem, which is why learning how to destroy invasive fish eggs and larvae in river systems is so important in the carp war.

“They [carp] are continuing to invade new places,” said Robert Jacobson, supervisory research hydrologist with the USGS. “There are many states that are now very concerned that they will be next.”