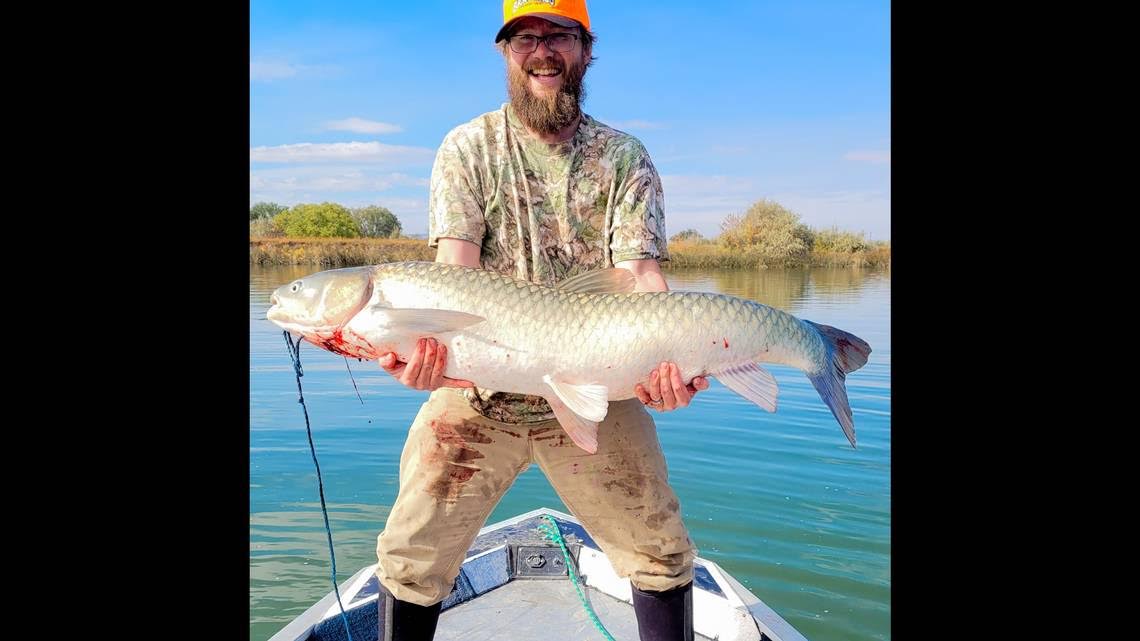 Idaho has approved a record grass carp caught with a rod, reel, and artificial lure from the Snake River. The river is well known by outdoorsmen for its whitewater and heavyweight gamefish, such as smallmouth and largemouth bass, trout, muskies, and giant sturgeon. Now it will also be known for massive carp. Incredibly, Cris Endicott landed his record catch on a bass jig.

Yep, and the massive fish weighed an amazing 46.7-pounds, far surpassing the previous Idaho record grass carp of 39.5-pounds taken by Saige Wilkerson in 2012. It was approved by Idaho as the record grass carp on Oct. 19, 2021, according to Martin Koenig with the Idaho Department of Fish & Game

Endicott’s carp not only took the state weight record for rod-and-reel grass carp, but it also dwarfed the Idaho record for archery-caught and catch-and-release fish of the same species, according to the Spokesman-Review newspaper. Endicott’s grass carp measured 50 inches long — 10 inches more than the catch-and-release record of 40 inches. The archery record of 39.5 pounds was 40.63 inches long.

Idaho’s Fish and Game says grass carp aren’t as prevalent in the area as common carp, which are numerous in Southwest Idaho. Another angler from Boise, Henry Charlier, set the common carp weight record earlier in 2021 with a 34-pound fish — also pulled from the Snake River. Though several species of carp are considered invasive in Idaho, common and grass carp are not.

What makes Endicott’s 46.7-pound record fish so astounding is that grass carp are a plant-eating member of the Cyprinidae family, a large group of fish that contains all carp and minnow species. They are native to Asia and may be found in parts of the Snake River, but are fewer in number than their cousins the common carp, which are widespread throughout Southwest Idaho.

The International Game Fish Aassociation (IGFA) all-tackle world record grass carp weighed 87-pounds, 10-ounces, caught from Bulgaria in 2009. However, the IGFA all tackle grass carp length record is a three-way tie of 40.16 inches, all from Japan.

Potentially, Endicott’s grass carp, measuring 50 inches, could be the world length record for the species should Endicott choose to enter the catch with IGFA.