A local hunter said the rare buck was well known, and that there was an "unspoken agreement" in the community to let the deer live 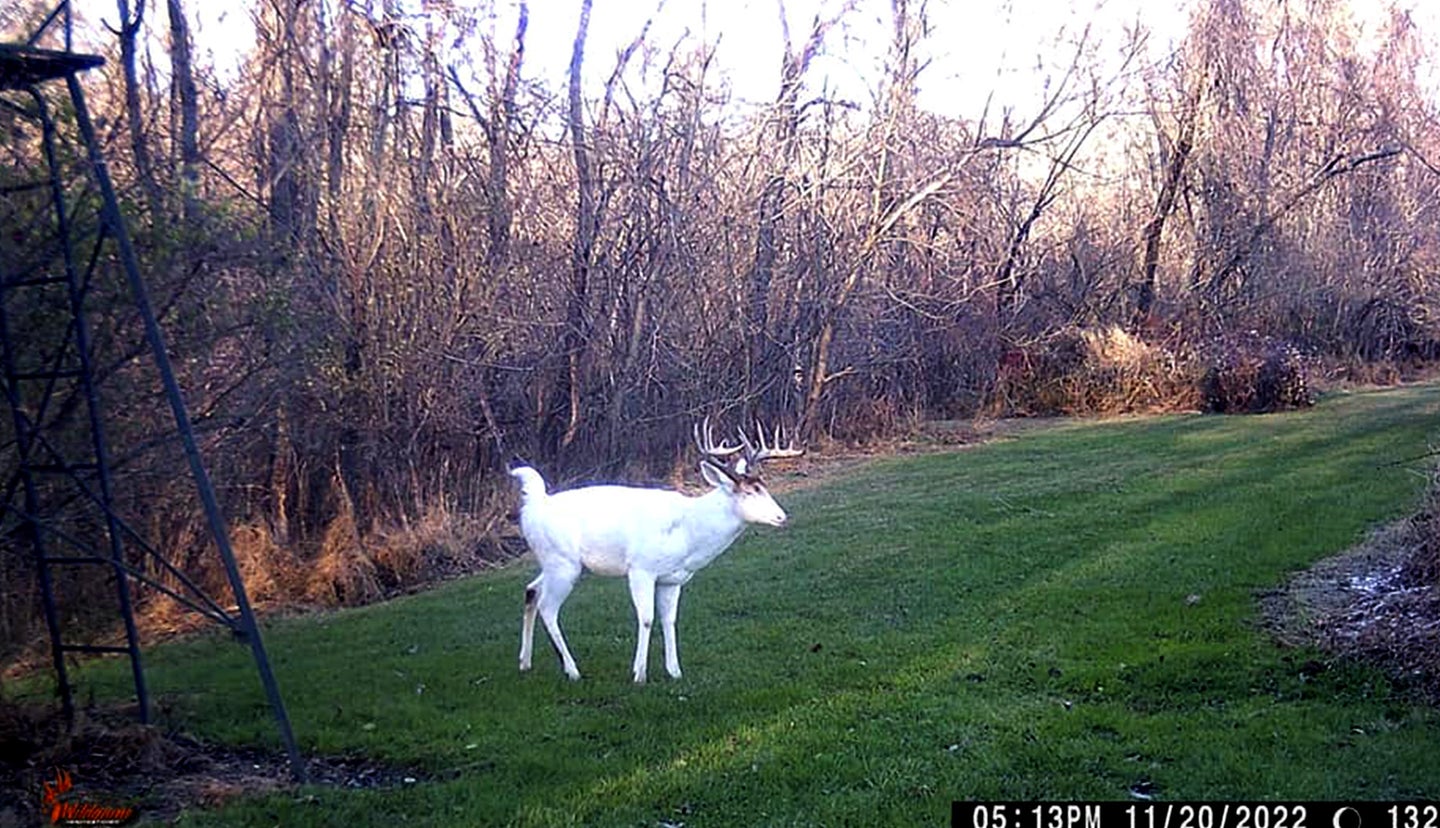 A local hunter shared a trail cam photo of the rare buck that was taken two days before it was allegedly poached. Jonathan Keffer / Facebook
SHARE

Locals in Fayette County, Pennsylvania, are furious about an alleged poaching incident that involved a trophy-sized piebald buck being taken out of season. The 14-point buck was apparently well known by residents of Perryopolis, and one hunter claimed he had been keeping an eye the rare whitetail over the past eight years.

The community’s outrage is directed at Laramie Noel Sisco, 39, of Perryopolis, who was charged with unlawful taking of big game in late November. According to court documents, Sisco was charged by the Pennsylvania Game Commission on Nov. 22. The case against Sisco was filed on Nov. 30, and he has not yet entered a plea.

Details behind the poaching incident are slim, and PGC did not immediately respond to requests for comment. However, if Sisco did kill the buck on or around the date that he was charged, then he would have done so out of season—regardless of what weapon he was using. Looking at the regulations for the game management unit where the deer was taken, archery season was closed between Nov. 18 and Dec. 26, and rifle season didn’t open until Nov. 26. (All other deer seasons, including muzzleloader and flintlock, were also closed during that window of time.)

Jonathan Keffer has been one of the more outspoken Perryopolis residents, and he claimed in a Facebook post that Sisco killed the buck on Nov. 22. Keffer shared a photo of the dead buck, which appears to have been taken at a local game processor, along with a screenshot of the court docket showing the alleged poacher’s full name. He also shared multiple trail-cam photos of the buck that he’d captured over the years, and he roasted the poacher for killing an animal “that has been watched and befriended by the surrounding community for 8 years.”

To clarify, Keffer is not opposed to hunting and is a deer hunter himself. One of his most recent profile pictures shows him with a stud whitetail buck that he tagged in 2018. Keffer wrote in his Dec. 5 Facebook post that many in the community (himself included) could have killed the buck legally multiple times in recent years, but they chose not to because of how unique it was.

“The local residents where the buck resided respected his presence and allowed him to live,” Keffer wrote. “However, on [Nov. 22] this individual decided to poach him illegally out of both archery and rifle season. This individual is no hunter and no conservationist. Everyone knew that this glorious buck could be killed at any time legally but respected the uniqueness and beauty of his presence.”

Keffer also spoke with a local CBS outlet to voice his anger over the alleged poaching incident. He referred to the buck as an albino and said many locals had nicknamed it “whitey” or “midnight” due to its habit of showing up at deer feeders in the middle of the night. Taking a closer look at some of Keffer’s trail cam photos, the buck appears to have a patch of brown on its forehead, which means it would technically be a piebald whitetail and not an albino. Either way, it was a rare animal, and there has long been a debate among hunters about the ethics of shooting albino and piebald deer. But the way Keefer sees it, this question is irrelevant since the buck was taken illegally.

“There was kind of a spoken and unspoken agreement that the white deer was going to live out his life naturally,” Keefer said. “If someone would have taken him legally, I might have disagreed with it. But I would have respected that decision.”