After Walmart Shopping With a Fawn Whitetail, Georgia Couple Receives a Citation 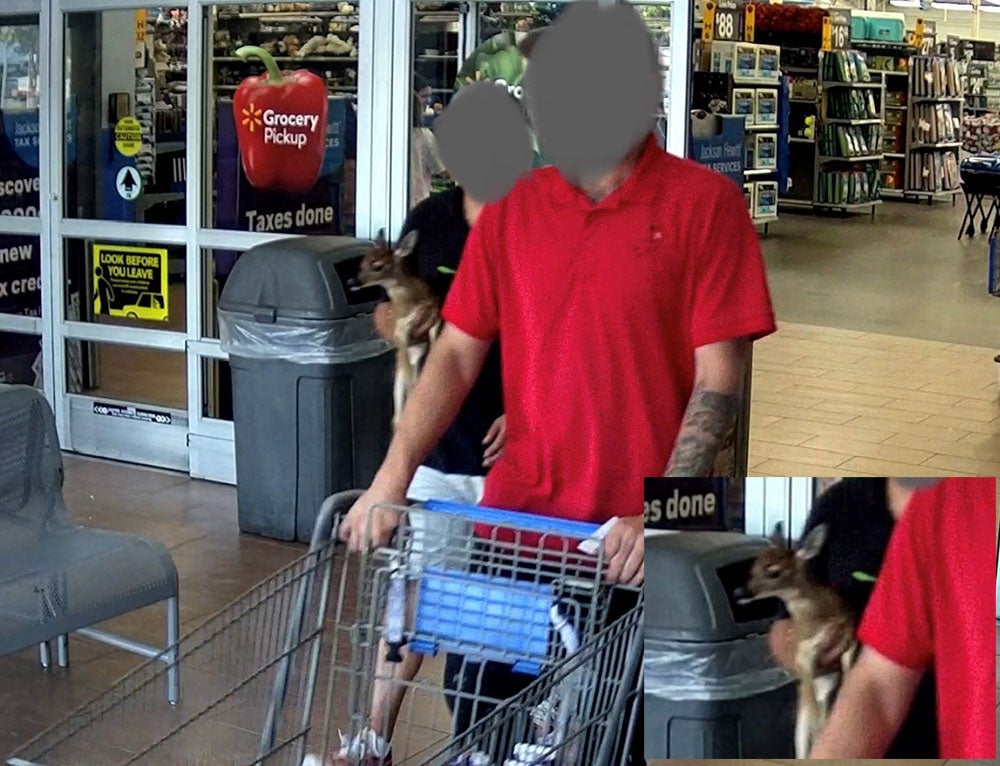 Georgia Game Warden Saxon Campbell thought he’d seen and heard it all until he got a call from the Columbia County Sheriff’s Office last week, according to a Georgia DNR Facebook post.

The Sheriff was contacted by a Walmart in Grovetown, Georgia, with a report that a man and woman were shopping in the store’s dog food aisle toting a whitetail fawn.

Sherriff staff called Georgia’s DNR, and wildlife officers were dispatched to the Walmart. The couple had already left the store, with the woman cradling the fawn like it was a pet puppy.

However, according to Georgia’s Ledger-Enquirer newspaper, officers examined the store’s security camera footage and spotted the couple with their deer. The man was wearing a company logo shirt and the DNR tracked him down at his business.

Officer Campbell contacted the company, identified the man, and went to the small town of Appling, Georgia where he lived. The man reportedly told officers that his dogs had brought the fawn into his yard, and the man decided to take care of the young deer as a pet.

It’s unlawful to possess such wildlife without a permit in Georgia, so the fawn was confiscated, and the man was issued a citation. The young deer was given to St. Francis Animal Hospital in Augusta, which is a nearby wildlife rehabilitator.

Campbell told the Ledger-Enquirer that it’s not unusual for fawns to wander away from their doe mothers, especially bolder, more curious young deer.

The DNR advises the public to contact state wildlife personnel with questions regarding any wild animal. If you spot fawns in the spring, leave them alone. And if you do find a lone fawn, Campbell advises, “Don’t take it to Walmart.”