For months we have discussed, debated, and reported on the movement that would force the federal government to hand management... 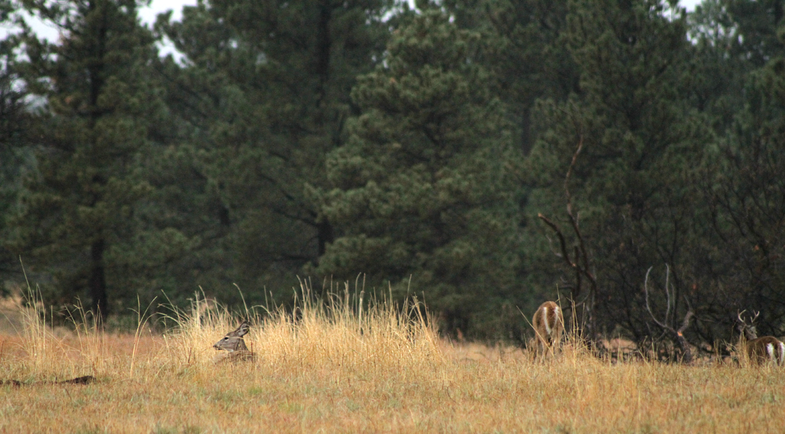 The bill allows for up to two million acres of National Forest lands to be handed over to state control for the primary purpose of a timber sale. Natalie Krebs
SHARE

For months we have discussed, debated, and reported on the movement that would force the federal government to hand management of millions of acres of public lands over to state control.

Lands that provide hunting, fishing, and recreational access to millions of Americans, lands that many believe would soon be sold, developed, or otherwise removed from public ownership before the ink on the transferred deed was dry.

All this time, we’ve looked at this issue as a “what if” scenario. It wasn’t real. Until now.

On Wednesday afternoon, the House Committee on Natural Resources voted to adopt House Resolution 3650. Here’s the legislative summary of the bill:

You read that correctly. The bill allows for up to two million acres of National Forest lands to be handed over to state control for the primary purpose of a timber sale. Living in Michigan, I have some experience with timber sales. Here’s how they work:

A timber company either buys or leases a big chunk of ground. They take the trees. Sometimes they allow public access for free. Sometimes for a fee. Sometimes, well, not at all. After the timber is harvested, the land is often sold for other purposes, including residential development or to membership-only hunting clubs.

I don’t think that sensible timber management is a bad thing, at all. I grew up hunting the Upper Peninsula of Michigan back when there were deer there. Those whitetails existed largely because of sensible forest management. Since timber production has been seemingly removed from the National Forest Service’s plan, deer numbers have plummeted. There are other factors of course, but habitat is critical and sound forestry creates habitat.

I would love to see the U.S. Forest Service do a better job of forest management for game species, but that’s a much different desire than wanting to see the land I grew up hunting handed over to the state and then sold off to the highest-bidding timber company.

I drive a truck. It loves to drink gas. I worry about fuel prices and understand that mineral extraction is necessary to fuel our energy independence. I have no issue with sensible use of natural resources—that is the very definition of conservation.

But I have to wonder if this land-transfer vote is being made by legislators interested in sound conservation practices or if there’s something else at play. Some pro-sportsmen groups see this legislation as little more than a charade to hide the true mission: Cashing in on the resources contained on these public lands.

“Make no mistake, these are the first votes on legislation that would legitimize the wholesale transfer or sale of America’s public lands, and sportsmen should be concerned with any ‘yea’ votes,” said Whit Fosburgh, president and CEO of the Theodore Roosevelt Conservation Partnership in a media release.

Wednesday’s vote doesn’t make the legislation (introduced by Alaska’s Don Young) law. It does move the bill onto the House and pushes it one step closer to passage. The Committee moved the bill on with a vote of 23-15. All but one Republican on the committee voted in favor of the legislation (Montana’s lone congressman Ryan Zinke being the only Republican dissenter). All of the “no” votes came from Democrats.

You can see the roll call here, and use this roster to judge your representative’s perspective on the value of public land.