A U.S. District Court ordered the Service to revise its plan to release red wolves into the wild 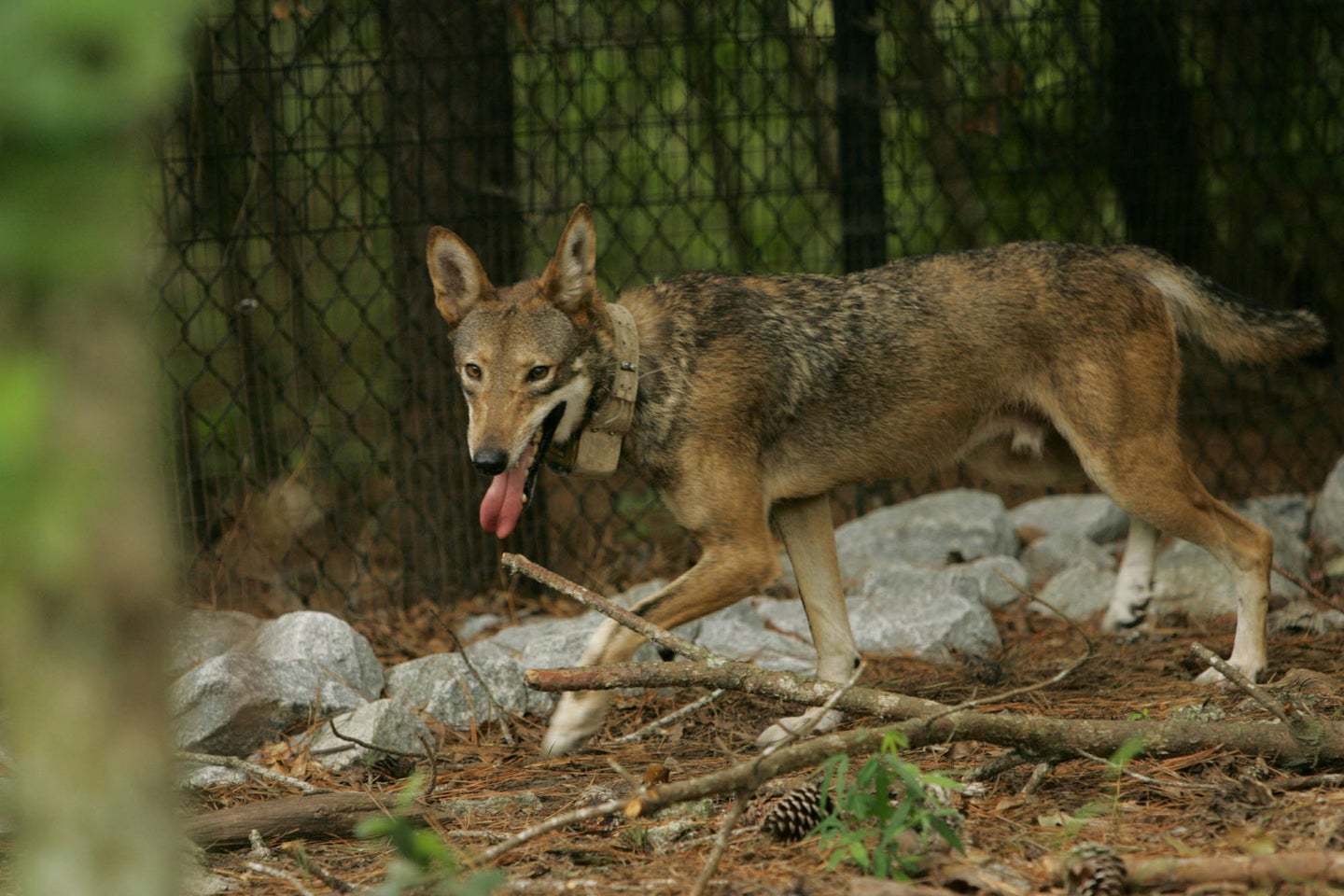 One of the 241 red wolves in USFWS captivity. USFWS
SHARE

In November 2021, three animal rights organizations—Red Wolf Coalition, Defenders of Wildlife, and the Animal Welfare Institute—sued the U.S. Fish and Wildlife Service over its management of endangered red wolves in North Carolina. A U.S. District Court ruled that the USFWS had to revise its plan to release captive red wolves into the wild after the animal rights organizations argued the USFWS had grown lax in its management of the wolves.

A family group along with two breeding pairs of red wolves have already been transferred to Alligator River and Pocosin Lakes National Wildlife Refuges. Nine more wolves will also be released into the wild this year as part of the court order that required the USFWS to halt a 2015 policy change barring the release of captive red wolves.

“We are committed, more than ever before, to working with our partners—the North Carolina Wildlife Resources Commission, landowners, and other stakeholders—to identify ways to encourage and facilitate a coexistence between people and red wolves,” says Catherine Phillips, the USFW’s Assistant Regional Director in the South Atlantic-Gulf and Mississippi Basin Regions in a story posted by OBX Today.

In 2016, the wild red wolf population was estimated at 45 to 60 wolves. When the lawsuit was filed last year, the the number of wolves had dwindled to seven or eight.

“With only seven known red wolves left in the wild, it is past time for the Fish and Wildlife Service to resume conservation measures that it used successfully for decades,” said Sierra Weaver, senior attorney at the Southern Environmental Law Center, which represented the conservation organizations in a press release. “The court was clear that the agency has to stop managing red wolves into extinction and instead take meaningful action to rebuild the wild red wolf population in North Carolina.”

Red wolves once ranged from southern New York to central Texas and could be found throughout the southeast. They were listed as an endangered species in 1973 due to intensive predator management, hunting, and habitat loss. The North Carolina nonessential experimental program (NC NEP) is the only known existing population of U.S. red wolves. In addition to the wild red wolves, there are 241 in captivity maintained in 45 breeding facilities, according to the USFWS.