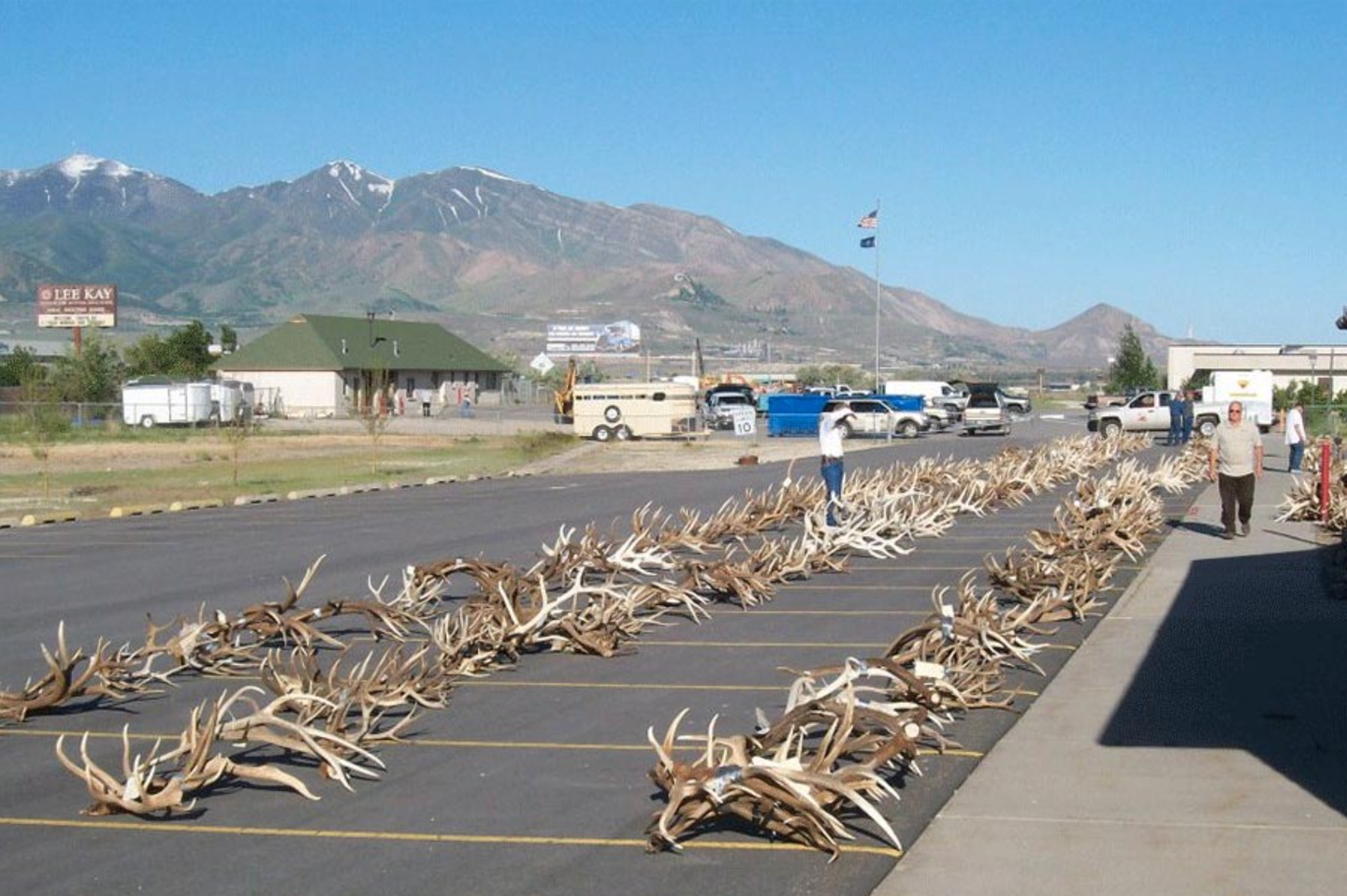 The antler collection will be on display in Salt Lake City later this month for a public preview. Utah DWR
SHARE

Hundreds of skulls, antlers, hides, and taxidermy that have been seized by Utah conservation officers or collected by the state over the last six years will be auctioned online to the public later this month. All proceeds from the auction will fund wildlife conservation in the state, according to the Utah Division of Wildlife Resources.

The bulk of the collection includes primarily elk and mule deer skulls with the antlers still attached, although sheds are also included. A smaller number of moose antlers and pronghorn horns will also be available, as well as some finished taxidermy. The auction will also include dozens of bobcat furs, plus forfeited traps, bows, and other assorted items.

Many of these items were seized as evidence in poaching investigations or picked up from road-killed animals.

“It is quite a sight to see all of these antlers, but the sad reality is that the majority of them are evidence of illegally killed wildlife,” said DWR Capt. Chad Bettridge in a press release. “Poaching steals that opportunity away from law-abiding hunters and other wildlife enthusiasts to enjoy these animals. On average, each of our conservation officers covers around 1,500 square miles in their patrol area. We need the public’s help in enforcing wildlife laws, which help to maintain healthy wildlife populations for future generations to enjoy.”

Utah has typically held these auctions every four years, but the 2020 auction was postponed for two years due to the COVID-19 pandemic. Six years have passed since the last auction in 2016.

Instead of individual skulls, the public will be allowed to bid on antler “lots,” which consist of one set of trophy antlers and other smaller sheds and skulls. All the auction items will be on view in Salt Lake City for a public preview on April 25, from 2 to 6 p.m. at the Lee Kay Public Shooting Range. The auction itself will go live the same afternoon and close on April 26. (While anyone is permitted to bid on the antlers, nonresidents should contact the DWR before bidding since all auction items must be paid for and removed from the shooting range by 8 p.m. April 26.)