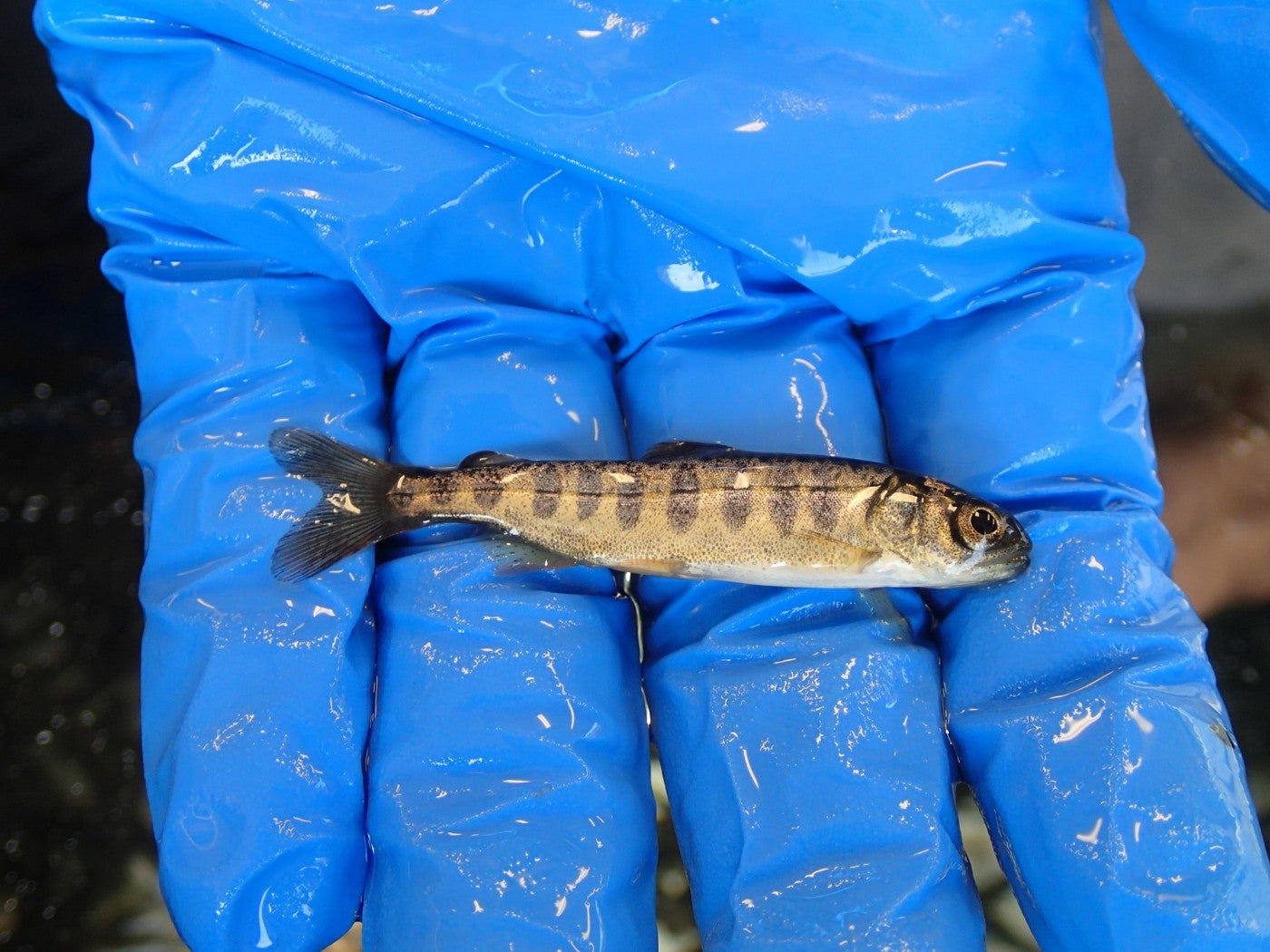 At 11:30 p.m. on Christmas night, while a significant portion of the country was either fast asleep or half-drunk on eggnog, workers at the Washington Department of Fish and Wildlife’s Kendall Creek Fish Hatchery were called into action. Pump failures had set off low water alarms in some of the hatchery’s rearing ponds, placing millions of trout, salmon, and steelhead fry in jeopardy. Hatchery staff responded heroically, and they worked through the night and into the following morning in blizzard conditions in order to save the fish.

Fish hatchery specialist Kristofer Flowers was the first on the scene when the low water alarm initially sounded, according to WDFW. He checked the ponds, reset the alarm, and returned home around midnight. But thirty minutes later, at about 12:30 a.m., another alarm sounded, and Flowers headed back to the hatchery. It’s located a stone’s throw from the North Fork of the Nooksack River in Deming, Washington.

When he arrived the second time, Flowers noticed an active warning light on one of the pumps that supplies the hatchery’s rearing ponds with water. He reset the pump and turned it back on, but the pump caught fire and he was forced to stop it again. Crews would later discover that the main power feed from the Public Utility District was tripped. But at the time, Flowers had to figure out his own solution to the problem—which was that, without the pump in operation, several rearing ponds and incubators that held Chinook, coho, steelhead, and trout were not being supplied with their usual 2,000 gallons of water per minute.

Flowers knew that he had to redirect water into these ponds and incubators using other pumps, but with temperatures hovering in the teens and snow piling up outside, several valves were frozen or buried under the snow. He was eventually able to redirect these pumps and offset the loss in water flow. By 2:30 a.m. the water levels appeared stable and he returned home.

If by this point, Flowers thought he would get some sleep that night, he was dead wrong. A third alarm sounded at 3 a.m., signaling that another main production pump had gone offline. Flowers returned to the site, and although mitigating the loss in water flow to the ponds and incubators was still his top priority, he also realized that the continued heavy snowfall had made vehicle access to the hatchery all but impossible. Flowers started plowing with the DFW’s Ford F-450; when that got stuck in the snow, he switched to a tractor.

Read Next: How a Dam Malfunction on the Madison River Nearly Wrecked a Blue-Ribbon Fishery

Sometime after 3 a.m., fellow hatchery specialists Jesse Lee and Kevin Clark showed up to provide additional support. Together, the team was able to stabilize water levels at the affected rearing ponds and incubator tanks, while also closely monitoring dissolved oxygen levels in the incubators to prevent harm to sensitive fry and eggs. According to WDFW regional fish program staff, the hatchery workers’ efforts through Christmas night and into the following morning saved 1.5 million Chinook salmon, along with nearly 2 million coho salmon, 100 thousand winter steelhead, and “a bunch of trout.”

“All told, the quick thinking and hard work of Flowers and the others protected nearly 4 million young salmonids. These fish are vital for the future recreational, commercial, and tribal treaty fisheries, and important for species including southern resident killer whales,” WDFW staff members said in praise of their colleagues.