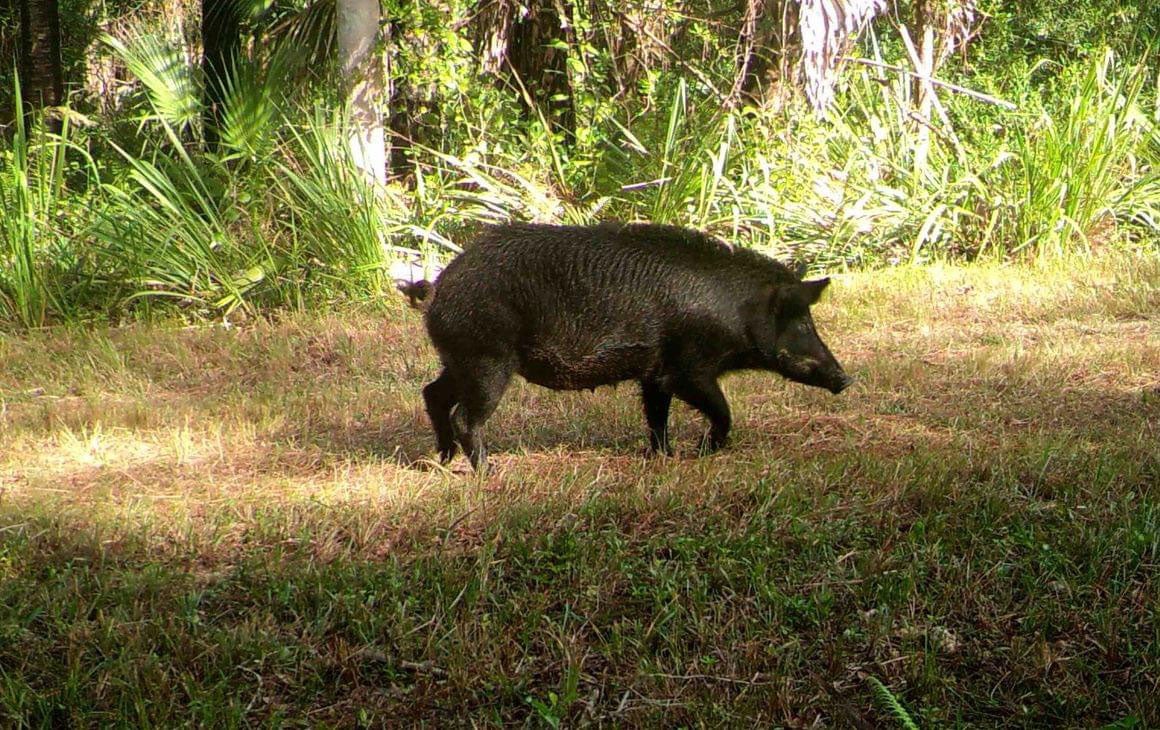 The explosion of feral hogs throughout America is a well-documented and cause for environmental alarm. That’s simply because invasive hogs wreak havoc on native flora and fauna. Now scientists are sounding the alarm about what wild hogs are doing to America’s salt marshes, which are considered the lifeblood of marine life in coastal regions.

“What we know about salt marshes is they’re this amazing resilience system that aren’t being affected as much by climate change as other ecosystems,” said Brian Silliman, Rachel Carson Distinguished Professor of marine conservation biology at Duke University in an interview with CoastalReview.org.

The problem with hogs, says Silliman, is they love food that’s available in marine marshes, especially at low tide when a wide variety of species are vulnerable, including mussels, which are high on the menu for wild pigs.

“Hogs love those mussels,” Silliman told CoastalReview (CR). “What they do is get rid of the key partner [mussels] that underlies this magical resilience that marshes have.”

Silliman is a co-author of a study that shows salt marsh recover from drought and sea level changes faster and more effectively than other natural systems. Mussels are a key component of marsh recovery because mounds that mussels make replenish the system and keep it growing and resilient to water level and environmental changes.

But the ravenous appetite of hogs for mussels is disrupting this natural marine balance, “disabling positive species interactions,” says Silliman in his study.

“Both the presence of grasses and the mussels on the shoreline leads to the accumulation of mud and elevations increase over time,” Silliman told CR. “The mussels are much better at it than the grasses. The grasses just slow down the water and the sediments fall out. The mussels are active filter feeders and so they’re concentrating mud in areas and it could grow a couple of inches a year in elevation and have no problem keeping up with sea level.”

But hogs eliminate mussels and the resulting accumulation of sediment.

Documenting the abundance of hogs in marine marshes and the havoc they cause was difficult because of the vast size of marshes with boot-sucking mud, swirling tidal creeks, and other challenging access problems. The recent use of drones by scientists to fly over and film hogs, and their resulting carnage, has been a revelation.

“You can really see hogs leaving a big mark on salt marshes and you can see that with drones,” Silliman said to CR. “Without drones in the study, it just doesn’t become as relevant because we can’t access those marshes.”

Drones have been used to study wild hog impact on salt marshes in Florida and coastal Georgia, and Silliman says they soon will be used in other expansive coastal areas of the Carolinas.

Feral pigs have been a problem for Carolina coastal marshes for many years, and the federal government has used traps to help control pigs there for nearly a decade.

Expanding the use of drone surveillance will be a likely tactic for marine biologists in more studies to come.