How the Public Trust Doctrine Could Help Save Utah Stream Access

The issue of whether anglers have a right to fish a river that passes through private land is much older... 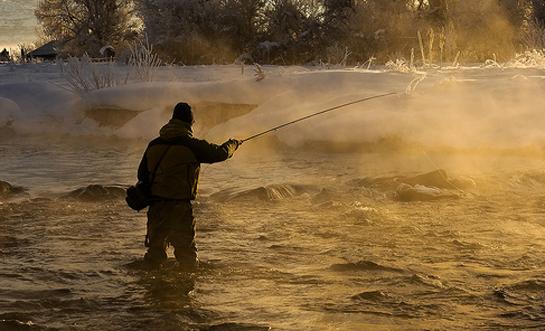 The issue of whether anglers have a right to fish a river that passes through private land is much older than the states that debate it. As in King John and Robin Hood old. Yes, that Robin Hood.

But before we dive into history, let’s first look at the present.

In Utah, a group called the Utah Stream Access Coalition is challenging a 2010 law which requires anglers and others to obtain landowner permission before walking or wading in a public river.

USAC is claiming that the law violates the “public trust doctrine.”{C}

And so the history lesson begins.

Surrounded by 40 folks wielding pitchforks, clubs, and other weapons of the time, England’s King John pressed his seal on a document known as the Magna Carta in an effort to avoid civil war and, yes, to save his own hide. The date was June 12, 1215.

No, Robin Hood wasn’t there because Robin Hood was a fictitious character. But the character was an excellent representation of what was happening under the rule of tyrannical kings. In fact, the Magna Carta was written by 13th-century barons in an effort to protect their personal property and rights.

The Magna Carta wasn’t exactly intended to protect the rights of all but it was a start. And it did happen to contain a very important set of language: _”No freeman shall be taken, imprisoned, disseised, outlawed, banished, or in any way destroyed, nor will We proceed against or prosecute him, except by the lawful judgment of his peers and by the law of the land.”

Take out the awkward phrasing and you just might recognize the above passages. Try this on: “no person shall . . . be deprived of life, liberty, or property, without due process of law.”

That’s the Fifth Amendment of the United States Constitution. And it’s directly descended from the Magna Carta.

The Fifth Amendment is not the only piece of American policy heavily influenced by the Magna Carta however.

In 1842, a landowner on New Jersey’s Raritan River claimed to own both the riparian areas and the land beneath the river and wanted to stop people from fishing it for oysters. The landowner claimed his title was a grant from King Charles to the Duke of York in 1664 and argued that it gave him “all the lands, islands, soils, rivers, harbors, mines, minerals, quarries, woods, marshes, waters, lakes, fishings, hawkings, and fowlings.”

The case of Martin v. Waddell was ruled upon by Supreme Court Chief Justice Roger Taney who found that “dominion and property in navigable waters, and in the lands under them [were] held by the King as a public trust.”

What’s that mean? It means that since the landowner was given the land below the water by the King, it “must be regarded as settled in England against the right of the King since Magna Charta.” And Magna Carta meant a private grant of that land could not take place. Therfore, the King had no right or ability by virtue of those public trust responsibilities to limit “the public common of piscary.” (Piscary is the right of fishing in another’s waters).

Taney’s ruling would become the American basis for the public trust doctrine and the notion of public ownership of wildlife as well as the backbone of state-based wildlife ownership and management.

In 2001, Valerius Geist coined the term “North American Model of Wildlife Conservation” to describe the system of wildlife management based on the premise that all fish and wildlife is held in a public trust.

It is the model of management this nation has followed since the Martin v. Waddell ruling in 1842 — a ruling made possible by the signing of the Magna Carta in 1215.

The notion of public trust has come under fire more and more. In fact, Rep. Kay McIff (R) who sponsored the Utah legislation requiring landowner permission to wade in Utah’s public waters, has introduced a new bill (HB68) that would restrict the reach of public trust.

A decision on USAC’s case is expected at the district level in the coming weeks. From there, it will almost certainly head to the Utah Supreme Court.

And there it will be decided if Kings are allowed to rule again.