The State of the Deer Rifle 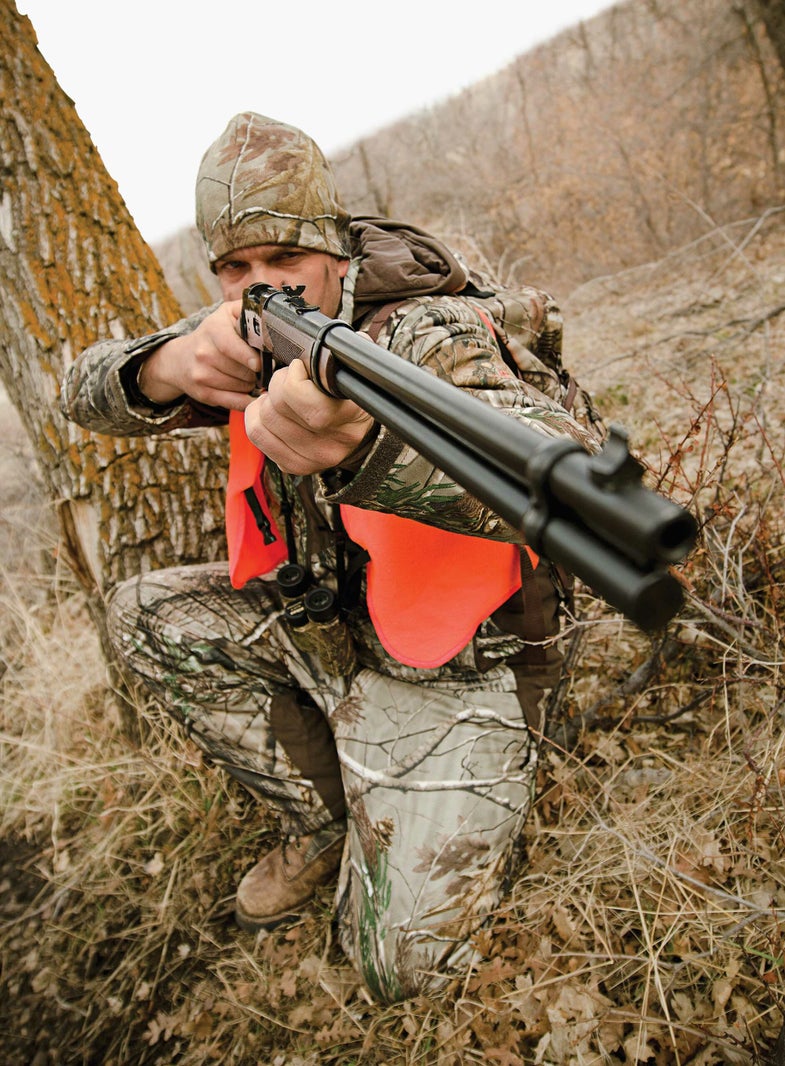 More than any other passion, the pursuit that defines the readers of Outdoor Life, and arguably most sportsmen in America, is deer hunting. Taking that one layer deeper, the piece of gear that is most central to deer hunting is the deer rifle. Yes, we chase whitetails and muleys with shotguns, muzzleloaders, and bows, but the deer rifle is the most enduring symbol of the sport.

This symbol, which once unified deer hunters, now sits on a fault line of technology, politics, and generational differences. The guns that graced racks in deer camp in decades past all had a similar look and feel. There could be a Model 70 Winchester, a Savage 99, a sporterized Mauser, a Model 8 Remington, and a Weatherby Mark V lined up at the end of a day’s hunt, and no one would bat an eye—though there might have been some good-natured ribbing directed toward the owner of the Weatherby, with its skip-line checkering and flashy inlaid diamond decorations.

And it goes without saying that the owners of those guns wouldn’t have gotten into a finger-pointing shouting match about what their rifles “represented.” Contained within the subtle but significant differences among those rifles, however, were seeds of discord that have blossomed into a thorny tangle of issues that has created a wedge between many hunters today.

A gun rack in this fall’s camp might still contain those classics, but it might also include a scoped AR, a bolt-action with a chassis stock, or a heavy-barreled long-range rifle that looks like it was built for precision shooting, not hunting. These rifles will have stocks that fold down or adjust, oversize scopes with target turrets, detachable box magazines, and possibly even sound suppressors. And for good measure, add to this mix one of the new class of ultra-cheap hunting rifles that cost about as much as—or even less than—two boxes of premium safari ammo.

Depending on your perspective, these changes can reflect an exciting new direction in technology and innovation, or they may mean the demise of traditional hunting values and skills, or they might elicit an indifferent shrug. Those in the first two categories have come to eye each other with suspicion, their deeply held convictions erupting at times into outright hostility and disdain. While this provides good fodder for internet trolling, it doesn’t bode well for hunters and shooters, who have plenty of foes in common who are happy to capitalize on this strife. So…how did we get here?

Firearms based on the AR platform and their cosmetic cousins are the most popular centerfires in the United States. For pretty much any type of shooting, there’s an AR configured for the task. Deer hunting is no exception.

This doesn’t sit well with the AR’s detractors. The argument against ARs boils down to looks. Objecting to them because they are semi-autos doesn’t hold up. We have plenty of semis in the deer-hunting pantheon, including the Model 8 that I mentioned earlier. The “you don’t need a 30-round clip to hunt deer” argument is also a nonstarter, as state game agencies limit the number of rounds a hunting magazine can hold, negating that supposed advantage.

What about its overtly military DNA? Well, most of our beloved deer rifles (or the rifles that gave birth to them) served on fields of battle at some point. The surplus of wartime bolt-actions from the two World Wars created an entire industry dedicated to repurposing them for hunting. It doesn’t take a detective to see the similarities here. Even a cursory comparison between a military M4 and a deer hunter’s AR reveals that they function differently (the M4s having a full-auto setting). And the vast majority of hunting ARs have been sporterized just like the Mausers and Springfields of days gone by, with different-style handguards, stocks, barrels, chamberings, and sighting systems to improve their performance in the deer woods.

This ability to customize the AR is one of its major appeals. ARs also have superb ergonomics and are easy to shoot well. And because it is so simple to adjust an AR’s stock dimensions, they are a great option for young people, women, and others who have a hard time finding deer rifles that fit their body.

But these arguments so far haven’t swayed the haters. It’s all about the silhouette. Squint hard enough and the wonderfully versatile AR looks too much like the rifles carried by our troops in Afghanistan and Iraq, and that alone is what dooms it to pariah status in their eyes. What a pity.

Long-range hunting: It’s the latest fetish among a subset of outdoorsmen. They speak of their kills first in terms of yardage and not antler points or B&C score, let alone in the language of the shared experience and camaraderie of hunting camp. The tools they use are the newest generation of bolt-action rifles, high-tech scopes, and sophisticated electronics that provide them with the data to calculate their bullet’s drift and drop.

There is a widespread impression, fueled largely by outdoors television hosts, that killing a deer at 1,000 yards is somehow easy and something to celebrate. That couldn’t be more wrong on both counts.

But what’s to blame here? The equipment? No. Accurate rifles, good scopes, and bullets that fly flat and true are not at fault. High-performance gear was certainly Ed Weatherby’s goal when he set up his shop in Southern California in the 1940s and started building custom rifles in the cartridges that bore his name.

The attitude of the person behind the gun is what makes the difference. While this class of gear can provide a false sense of confidence and skill, the truth is that any hunter, with any type of gear, can misjudge his abilities and take shots he shouldn’t.

As we did with respect to other leaps in technology that were controversial at the time—telescopic scopes and laser rangefinders, for example—we need to keep focused on the tenets of ethical hunting and use them as our guide, no matter what type of gun is slung over our shoulder.

Old-school deer rifles are a dying breed. They can still be found in used-gun racks, but new rifles with fine walnut stocks, blued steel, and attractive checkering are as elusive as a unicorn. The majority of new deer rifles sport synthetic stocks of fiberglass or plastic and have the visual appeal of a skin rash.

But, as they say, looks aren’t everything. These new deer rifles, including some that are extraordinarily budget-friendly, deliver a level of consistency and performance that would stupefy 20th-century gunmakers. True sub-MOA accuracy, once the exclusive domain of custom rifles, has become the norm, and we have technology to thank for it.

With today’s CNC equipment, rifle parts are machined to tight tolerances. High-end optical technology has trickled down to low-priced scopes. Factory ammo has become so accurate that handloaders have a tough time keeping up.

These rifles have traded aesthetic appeal for deer-dropping functionality.

So what is the state of the modern deer rifle? I’d argue it has never been stronger—but with a caveat. Deer hunters live in an age of unmatched versatility, options, performance, technology, and economy. We just need to make sure that we don’t get so caught up in our gear that we lose sight of why we hunt and diminish the respect we feel toward the animals we pursue, as well as our comrades in the hunting community.