We put one of the best $1,000 hunting rifles to the test in the field and on the range 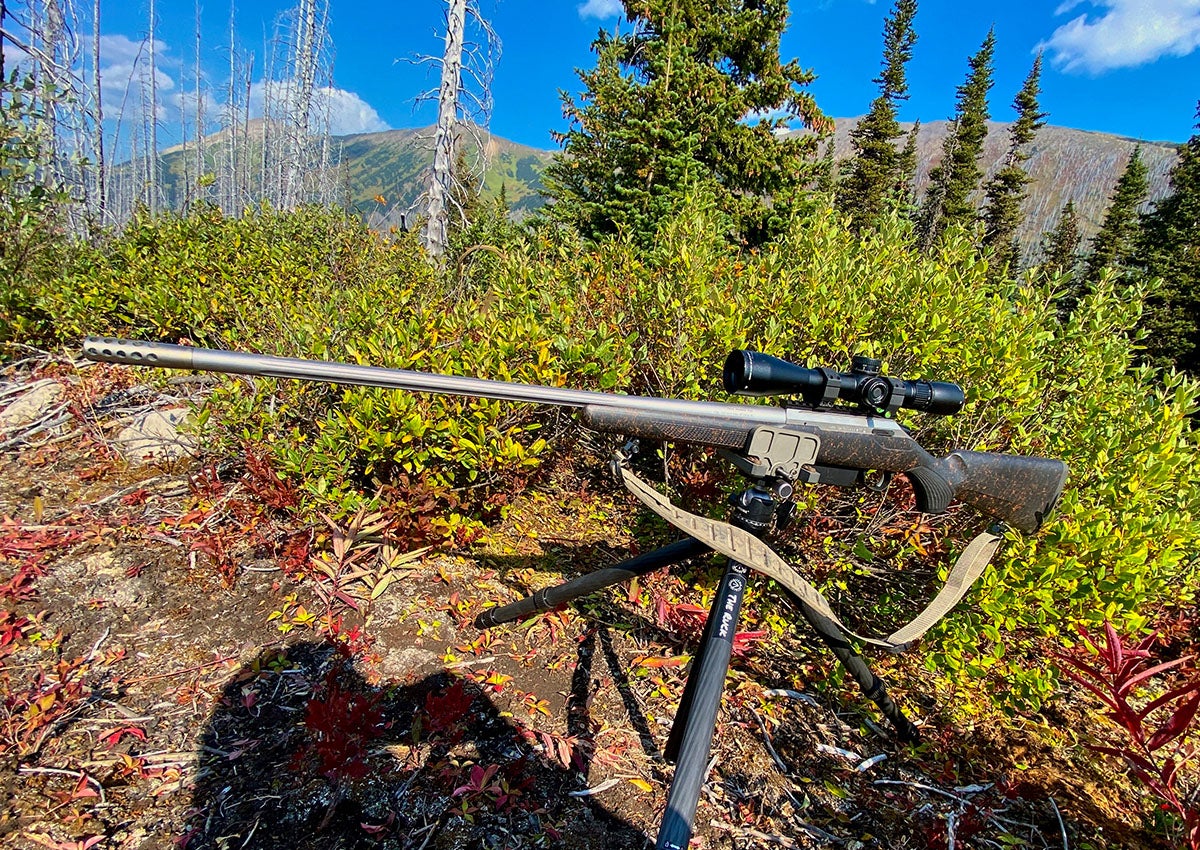 Like all good relationships, the one between hunter and rifle is built on trust. Few factory rifles have achieved the reputation for accuracy and reliability like the Tikka T3 line. They are known for being off the shelf tack drivers with smooth actions. That’s why I took one on an epic ten day hunt in British Columbia where I put the rifle through hell. When I got home, I continued the test at the range. Here’s how it performed.

The Tikka T3X Lite Roughtech has a fluted, cold hammer-forged barrel in a medium-heavy profile. It’s threaded ⅝X24 to accept muzzle breaks or suppressors. I found the included muzzle break is effective at reducing recoil, while not producing excessive concussion.

The receiver has an integral 17mm scope rail and is drilled and tapped to mount a scope base. The fluted, two-lug bolt has an oversized bolt knob and a 75-degree lift. The bolt shroud is metal, not plastic.

The synthetic Roughtech stock is foam filled in key areas to reduce noise and has a soft, rubber recoil pad. It has a sling swivel stud on the buttstock and fore-end. The stock is aggressively textured on the pistol grip and fore-end.

The single-stage trigger is adjustable from two to four pounds. To adjust the trigger you have to remove the stock to access the adjustment screw.

Testing the T3X Lite Roughtech in the Field

I got the T3X Lite for a ten day hunt in British Columbia. I had a pocket full of tags including elk, bear, wolf, and mountain goat. I needed a rifle that I could carry up mountains, but still could take a 500-yard shot on an elk. Even though I didn’t know it before I left, the rifle also needed to continue to function through falling into creeks, sliding down shale walls, and general abuse that comes with two weeks of backcountry hunting.

At about 7 pounds the Tikka T3X Lite isn’t a featherweight but I think it’s the right weight for a .300 Win. Mag. While hiking 6 to 10 miles per day for ten days, I didn’t feel like the rifle was weighing me down. The weight also made the recoil very manageable and the gun easy to shoot accurately. The rifle’s balance point—located right in front of the mag well—aided in the ease of carry, both slung and in-hand. The T3X Lite only has one sling swivel stud on the fore-end and one on the buttstock. I utilized those swivel studs to carry my rifle on a sling and used a tripod with a Hog Saddle to support the rifle for long shots. The rifle’s balance made it easy and fast to get setup on the tripod.

I didn’t clean or lubricate my T3X Lite through rain, mud, and dusty side-by-side rides. After a treacherous climb above treeline, I made a 20-yard shot on an elk and quickly cycled a second round for a follow-up shot. The bolt cycled smoothly and fed a live round reliably when I needed it most. This was also grizzly country and when one snuck up within 30 yards while we were having lunch one day, it was nice to know I had a reliable rifle.

The oversized bolt knob that’s standard on the Roughtech model was a huge benefit to quickly rack the second shot. You can buy the same bolt knob as an aftermarket part for T3X rifles that don’t come with it. The bolt has some play when pulled to the rear, but once it’s closed, it locks up tight. The T3X cocks on opening so you’ll notice it takes more effort to lift the bolt when the hammer is down. But I had no issues staying in the scope while running the bolt in the field or at the range.

On that off-hand shot, the T3X’s American classic hunting rifle ergonomics with a straight comb, narrow fore-end, and swept grip were fantastic. If you prefer a more vertical grip you can buy one for $25 and easily swap it onto the rifle. I found the cheek height was perfect for my Vortex Razor HD LHT with medium Vortex rings. Tikka also sells a cheek riser, which will set you back $80.

The safety locks the bolt closed, which is a feature that’s ideal for hiking through thick vegetation. To load the rifle you’ll take the safety off, chamber a round, and then put the safety back on. What is nice is that the safety is easy to flick off by pushing it forward with your thumb.

Read Next: The Final Climb: A Steep Lesson in Elk Hunt Hunting

What the T3X Lite Does Best

You can pick up Tikka T3X Lite models for $680 to $1,300 making them an affordable mountain rifle with decent accuracy, a smooth action, and classic hunting rifle ergonomics. A Tikka T3X Lite is a safe bet in the factory rifle market, where lemons can, and do occur. Most people who buy a Tikka T3X Lite will be happy with the accuracy and reliability.

What the T3X Lite Does Worse

One of the biggest trends in rifles is being able to easily adapt the rifle to the shooter. While Tikka has some options to customize the T3X’s fit, the parts are sold separately. Also an adjustable length of pull—even with simple spacers—would help the rifle fit a wider range of hunters. Along the same lines, it’s great that you can adjust the trigger, but having to remove the stock to make those adjustments is not ideal.

Tikka’s reputation for off the shelf performance didn’t happen because of some massive marketing campaign. That trust was earned through years of trouble-free rifles hitting the woods with hunters. If you want a light rifle that will shoot well and feed when you need it most with classic ergonomics, the Tikka T3X Lite is certainly worth a look.