Why We Love (and Hate) Hybrid Game Fish

From tiger muskies to a new record cutbow, we debate the pros and cons of hatchery mashups 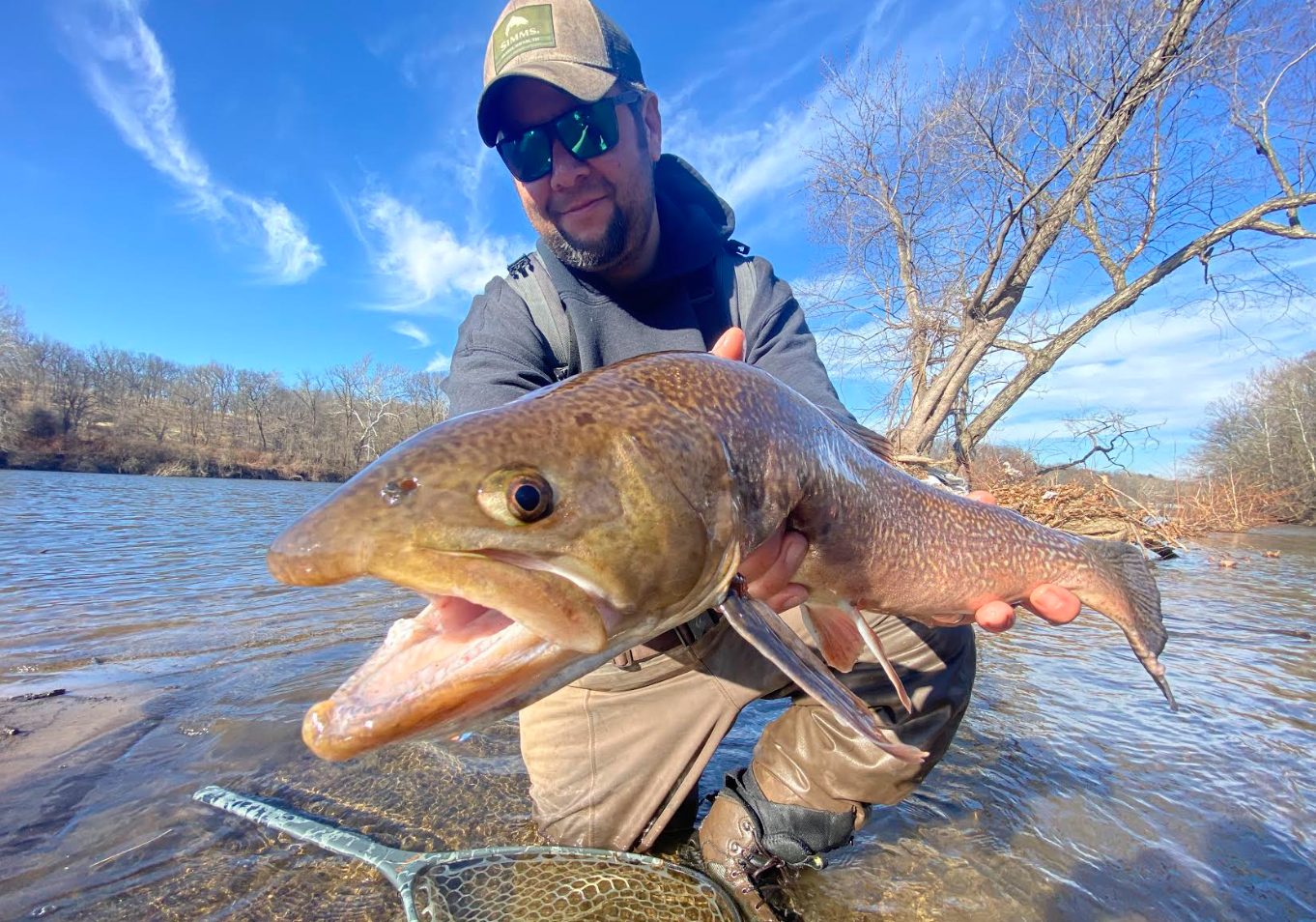 The author with a stud hybrid trout. Joe Cermele
SHARE

In early October, angler Hailey Thomas set a new Idaho state catch-and-release record with a 36-inch rainbow trout/cutthroat trout hybrid—commonly called a cutbow. The tank of a fish had a 21-inch girth, and early estimates put it in the 17- to 20-pound range. According to the story in the Idaho Statesman, Thomas and her family were fishing on Henrys Lake and having a pretty slow day due to poor water clarity. Just as they were about to pull anchor and move, Thomas’ bait (which wasn’t specified in the article) got picked up by the massive hybrid. The previous record, which came from the Snake River, measured 30 inches and had been held by angler Ryan Ivy since 2018.

Henrys Lake is a well-known blue-ribbon trout fishery. It’s home to native Yellowstone cutthroats, as well as brook trout and the cutbows, which more commonly grow to monster proportions than pure strain trout, at least in U.S. waters. Still, size potential aside, many anglers are turned off by hybrid fish, predominantly because they’re not natural. Meanwhile, other anglers gravitate to these mashups, but to understand the rift, you have to look at the pros and cons of these fish.

Tiger trout are a cross between a brown trout and a brook trout. These fish can, in fact, occur naturally in the wild, though it is fairly rare. The Driftless regions of Iowa and Wisconsin boast a higher abundance of naturally occurring tigers than any other part of the country, which is why fly anglers looking to complete the U.S. wild trout slam flock to area. Years ago, in a small Central Pennsylvania fly shop, I stared at a picture of a tiny wild tiger on the wall. It was one of the most gorgeous trout I’d ever seen with its gold marbling and olive highlights. The photo, however, was 20 years old, and it was the only wild tiger the owner had caught in 40 years of casting on Slate Run. These little natural tigers are highly prized, but they are not to be confused with the other more common hatchery tigers which many trout snobs loathe.

Tigers are easy to manufacture. So easy that many states mix them in with their hatchery rainbows and browns for spring and fall stockings. At a base level, these fish just provide the chance to catch something different and more unique than the run-of-the-mill stocker, but there’s more appeal than that. Whereas wild tigers would rarely exceed 12 inches, hatchery tigers are eating machines that grow big quickly. This makes them more aggressive than other trout, though folks who dislike hatchery fish will tell you they’re just dumber and attack things other trout may not. I can attest to that.

To date, I’ve only ever caught one trout on a mouse fly in broad daylight in the Northeast, and it was a 22-inch tiger. Despite knowing there were plenty of wild browns in the same run, they weren’t getting fooled by a black chunk of foam skating on the surface while the sun was still up. This reputation of hybrids being easier to catch is also prevalent with tiger muskies—a cross between a pure strain muskie and a northern pike—but that has never been my experience.

I’ve caught a handful of pure strain muskies in my life, but never a tiger even though I’ve spent time on lakes and rivers loaded with them. Each of these locations was chosen because somebody told me the tigers in there were easy. I was told they just eat anything you throw. Well, they didn’t. While I may not be convinced that tiger muskies are easier, many muskie diehards believe it so fervently they won’t even get excited when they catch a tiger muskie. Oddly, though, I understand this attitude, because I feel the same about hybrid striped bass—they’re cool, but not as cool as pure strain salty stripers.

Much of the debate over the worth of hatchery-made hybrids simply boils down to location. If I lived inland where there was no access to coastal stripers, I’d probably love hybrid stripers. If tiger muskies are your only local muskie option, you might be all in on chasing them. Interestingly, however, most of Idaho’s cutbows are not a hatchery creation, and pose a genuine problem to the ecosystem.

By design, hatchery hybrid fish are sterile so they cannot reproduce. They also don’t generally live as long as pure strain fish. It’s this live-fast-die-young factor that stops most hybrids from harming their environments. As an example, a handful of stocked tiger trout that end up in wild trout water pose minimal threat, because they won’t spawn, and they’ll compete with wild fish for food for a relatively short time. This is also why it’s not uncommon for lakes to become completely devoid of tiger muskies within a few years of stocking programs ending.

The cutbows in Henrys Lake where Thomas recently claimed the new record are purposely stocked and sterile to prevent breeding. It’s a different story, however, in Idaho’s South Fork of the Snake River.

According to this story in the Lewiston Tribune, published in 2019, the state of Idaho has been desperately trying to convince anglers to kill more rainbow trout in the river. They made the number of rainbows that can be kept per day unlimited. These fish were implanted decades ago, but unlike those rare tiger trout in the Midwest, the rainbows are hybridizing with the native cutthroat trout at a fast pace. The combination of non-native rainbows and increasing numbers of more aggressive hybrid cutbows is now threatening the river’s population of native pure-strain cutthroats.

The irony here is that the average trout fisherman in the West catches and releases, whereas those stocked tiger trout in the East and middle America end up in pellet smokers more often. For Idaho to really make a dent in the Snake’s rainbow and cutbow population would require a huge shift in angler attitude. Meanwhile, I let every tiger trout I catch go, because despite them being hatchery creations I still get excited when I stick one and love the idea of them being around.