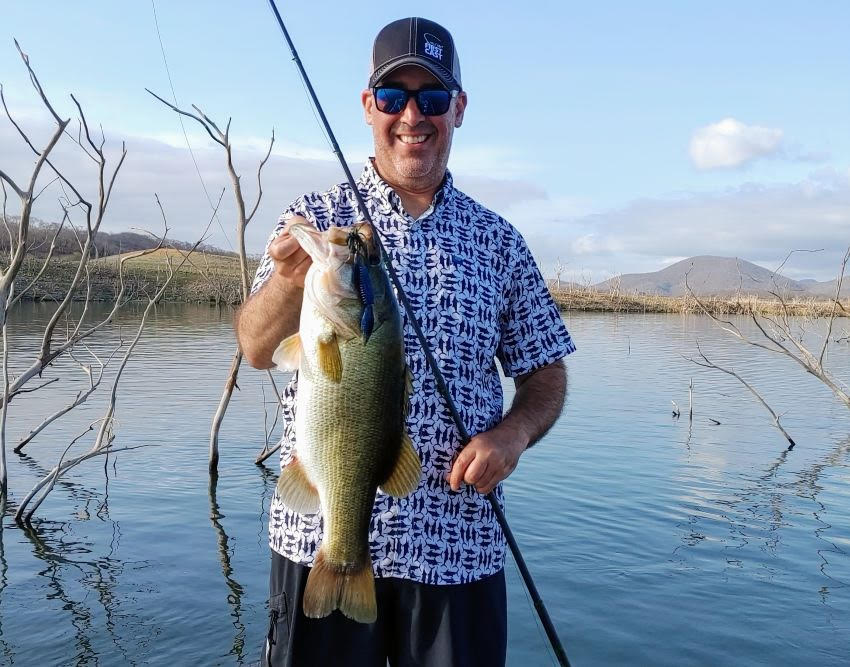 Our picks of the best braided fishing lines for flipping, finesse, general purpose, and more

When low stretch is critical for sensitivity and hook setting power, anglers reach for braided fishing lines. There is an increasingly diverse selection of lines for various purposes or for all-arond use, but the options can make choosing the best braid for you difficult. I’ve had the privilege of fishing braids from all corners of the market and I’ve narrowed down the choices to the best of the best.

Why Should You Use Braided Line?

The two key attributes of modern braided fishing lines are their lack of stretch and their relatively high strength-to-diameter ratio. Indeed, oftentimes 50-pound test braid is the same diameter as 15-pound test mono. That means that it will slide through guides more easily and you can put more of it on the same spool.

Braided fishing line excels in vegetation. Where other lines would get bogged down, it slices through grass and even thick lily pad stems with ease. If a lure gets bogged down or a hooked fish gets stuck in a mat, you have a greater chance of successfully freeing it. It increases penetration, which is why it excels for buzz toads and hollow body frogs, as well as for flipping thick grass mats.

In recent years light tackle anglers have also made use of braided lines in the 10- to 30-pound class for finesse techniques. By affixing a fluorocarbon leader using an FG knot, Crazy Alberto knot, or Double Uni knot, finesse anglers can minimize line stretch on the hook set, maximize sensitivity on deep water presentations like dropshots, and preserve their stash of valuable and expensive fluorocarbon. Importantly, they can use the same braid for long periods of time, replacing only the leader on a regular basis.

Some Attributes of Braid Can Be Positives or Negatives

The very attributes that make braid so remarkable for certain presentations can also be a liability in others. For example, the vast majority of braids float on the surface. If you are trying to get a delicate, natural fall with a light lure, such lines can make it difficult.

Similarly, braid is remarkably limp, certainly much more so than most monofilaments or fluorocarbons. That can make controlling it in a strong crosswind difficult.

Finally, the lack of stretch that is braid’s calling card may not be ideal for using many fast-moving lures with treble hooks. It makes it too easy to rip the lure out of a fish’s mouth on a hook set, or when a hooked fish jumps or surges at boatside.

The original PowerPro fishing line wasn’t the first braided fishing line on the market, but it was one of the first to get widespread buy-in from anglers. A couple of decades later, it remains ultra-popular, available at both serious tackle stores and mass retailers alike at relatively bargain-like prices. It’s made out of spectra and comes in Moss Green, Hi-Vis Yellow, Vermillion Red, and White, and in strengths from 3-pound test to 250-pound test.

The braided line product from the Japanese domestic market consists of four braided fibers and four “Super Ester monofilaments,” which combine to make it sink much more easily than most other braids. It’s also coated with silicon to make it cast farther. It’s aimed at finesse presentations where a leader will be added, so you can get it in 10-, 14-, 16- and 20-pound test spools of hi-vis line that’ll help you detect strikes even in the wind.

The Lunkerhunt Sinking Braid is another braided fishing line meant to sink, and that means your pitching or flipping bait makes a quick and vertical descent to the bottom. It consists of eight woven strands of high molecular weight Polyethylene, weaved around a fiber core (PTFE), which means that not only does it have cutting power in thick or matted vegetation, but it also is smooth enough so that it doesn’t make a “sawing” noise as you yo-yo your lure in the sweet spot. It’s remarkably supple, and while there are light versions made for spinning gear, stock up on it in the 50 pound class for all of your flipping needs.

Spiderwire has remained ultra-popular since its introduction, which has manifested itself in new formulations and purposes, including the eight-strand Ultracast that resides at the top of the company’s lineup. The “camo” pattern provides the best of all worlds, shielding it from the awareness of pressured fish, while also allowing line watchers to know when soft-biting fish have found their lures.

One nightmare about fishing braided line in heavy winds are the resulting wind knots that seem to come out of nowhere and defy both physics and logic. They can inhibit casting, reduce line strength and cost you time and money. Windtamer is constructed and processed to be round, which not only reduces the number of annoying wind knots, but also reportedly minimizes the severity of backlashes and prevents the line from digging into itself on the spool. Most bass anglers will choose the chartreuse, dark green or slate green varieties, although it also comes in “Pitch Black.”

A braided fishing line is naturally “slick,” so if you just loop it around the spool of your reel before winding it on, it may slip on a hook set, costing you valuable leverage. If there is not some sort of arbor or pin to which you can anchor the line, then add a section of monofilament backing to reduce slippage.

Once it’s on your reel properly, make sure that you use a knot that won’t slip, either. The simple-yet-reliable Palomar knot is a good choice. If you’re tying that line directly to a single hook, make sure that the eye is welded shut or otherwise completely closed, or else the line will risk slipping out and coming free at an inopportune moment.

One of the best things about braid is that you can replace it much less frequently than monofilament or fluorocarbon with no loss of performance. There are some aftermarket treatments that profess to keep it more supple and less likely to absorb water, but even without those you can easily expect a spool of braid to last a full season—unless of course you backlash it miserably, because a good braid “overrun” can be remarkably tough to get out.

Some braids do tend to lose their coloration after time in the water and in the sun, but that can be replaced by running a “braid marker” or even a simple Sharpie across it. You can color the first section of the line continuously, or else make marks in alternating sections to “camouflage” it.

When Should You Use Other Types of Fishing Lines?

If the fish in your area are heavily-pressured or otherwise spooky, and that’s made them line-shy, then braid’s opaque characteristic doesn’t make it the best fishing line choice. Similarly, some braids make a lot of noise when rubbing up against cover like thick grass, which can also turn off fish. In each case, you’ll need to weigh your need for enhanced strength and lack of stretch versus the attitude of the fish. Is it better to get fewer bites and land them all, or get more bites and land some percentage of them?

Where you need some stretch in your line, braid again may not be the first choice. One way to account for this—and many serious anglers do it with topwaters—is to use a braid main line and a short “shock leader” of monofilament fishing line. Alternatively, you can use braid and simply rig it on a softer rod to absorb some of the shock.

Finally, in some cases you may not want to use braid if flipping heavy wood, where it sometimes seems to get stuck in every nook and cranny, and hung up more; or in rocky environments because it tends to fray fairly easily.

Modern braided fishing lines are typically easy to handle and remarkably strong, but it wasn’t always this way. Before translucent monofilament fishing lines took over much of the yardage on anglers’ reels in the 1950s, various imperfect braids were the standard bearers for most freshwater fishing applications. Their drawbacks were several: silk braids had to be rinsed and dried after use, and other materials were hard to manage and opaque.

As relatively-monofilament nylon lines gained traction throughout the 1970s and 1980s, braid became an afterthought for most freshwater anglers. That changed in 1993, when Texas bass pro Randy Dearman won a Bassmaster event on Sam Rayburn Reservoir with an odd line that he used to winch big bass out of the heaviest cover he could find — without retying his line even occasionally.

The “Lynch Line” that Dearman used was actually competition kite string. He’d been introduced to it by fellow Texan Terry Oldham, who’d discovered it while doing some inshore saltwater fishing. They later marketed it together, but it fell by the wayside as other brands flooded the market.

Today, there are dozens of braided lines available, in a wide range of strengths, colors, weaves, and other attributes. It hasn’t replaced monofilament, but along with the increasingly-popular fluorocarbon varieties, it has supplemented it. Most serious anglers can’t imagine not having it in their rod lockers or on the decks of their boats at least some of the time.

Q: Can I use braided lines on a spinning reel?

The limpness inherent in braided line make it a good choice for spinning reels, but if you’re around line-shy fish, you’ll want to add a fluorocarbon leader.

Most braided lines are quite visible to fish underwater. If that is a concern, you might want to use monofilament or fluorocarbon instead, or at least a leader of one or the other.

Q: What pound braided line should I use?

Anglers can use 10- or 15-pound test braid for many of their spinning reel applications and 30- or 50-pound braid with baitcasting reels. Try 30 with moving baits like vibrating jigs and 50 when flipping in matted vegetation.

Get the Best Braided Fishing Line

Ultimately the braided fishing line is not a cure-all, but rather a tool, and a useful one at that. In fact, if you branch out into varying types and styles of braids, it’s like having a complete set of wrenches or screwdrivers — each one precision tailored to a particular application.