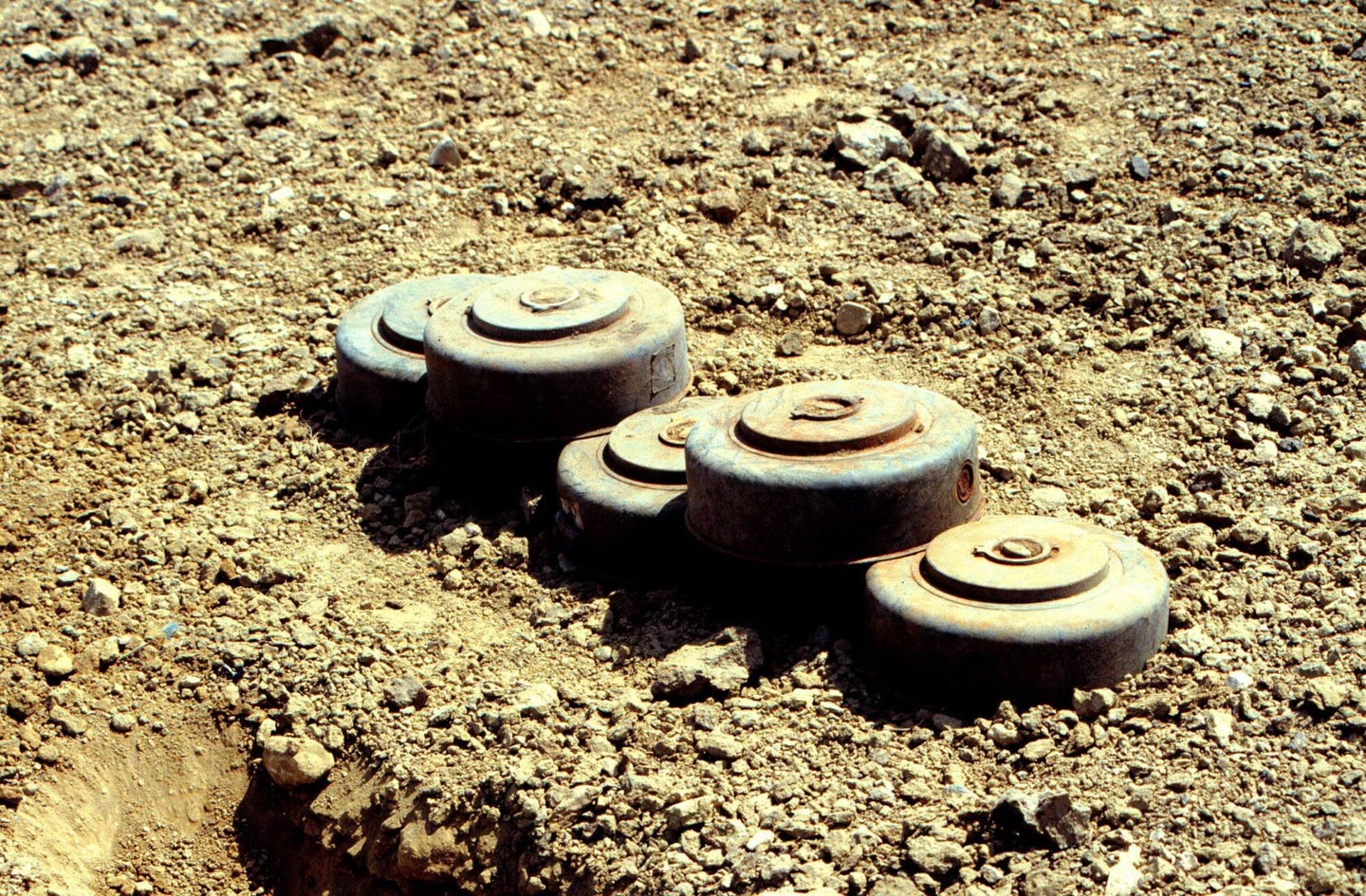 An M15 landmine was pulled out of the Flint River on Aug. 21. U.S. Navy
SHARE

People are hauling all kinds of weaponry out of America’s waterbodies these days. Illegal rockets, long guns, handguns, there’s no shortage of firepower laying at the bottom of various rivers, lakes, and coasts. Some of these items are like-new, others are rusted out and almost unidentifiable, just slime-ridden blobs of armaments past.

But the shape and size of an M15 landmine is almost unmistakable, like a cross between a large saucepan flipped upside down and one of those robot vacuum cleaners that crawls across the floor on its own.

When two magnet fishermen pulled their rope out of the Flint River on the evening of Aug. 21 in Lapeer, Mich., that same shape clung to the magnet tied to the submerged end. The unidentified anglers, one from Lapeer and one from Dryden, called Lapeer County Central Dispatch, who contacted the Lapeer Police Department at 7:53 PM, according to a LPD press release. The LPD responding officers evacuated the park and secured the area and a Michigan State Police Bomb Squad unit from Bridgeport was contacted.

Curious folks fling rope-suspended magnets into public waters all over the country and pull out everything from bicycles to railroad spikes to the occasional record player. Recently, a magnet fisherman found 86 rockets near an army base in Georgia.

It doesn’t take much imagination to guess how (or why) guns end up tossed into rivers and lakes, but how a landmine might end up in a Midwestern river like the Flint is much more mysterious. M15s were developed to damage tanks and were first used in the Korean War. MSP had no other information on the incident.

According to the press release, “the device was collected and retained by the MSP Bomb Squad for further investigation.”