St. Lawrence River Muskies Are Under Attack By Invasive Gobies

The invasive round gobie eats muskie eggs and spreads a deadly virus that has crippled New York’s superior giant muskie fishing in the St. Lawrence River 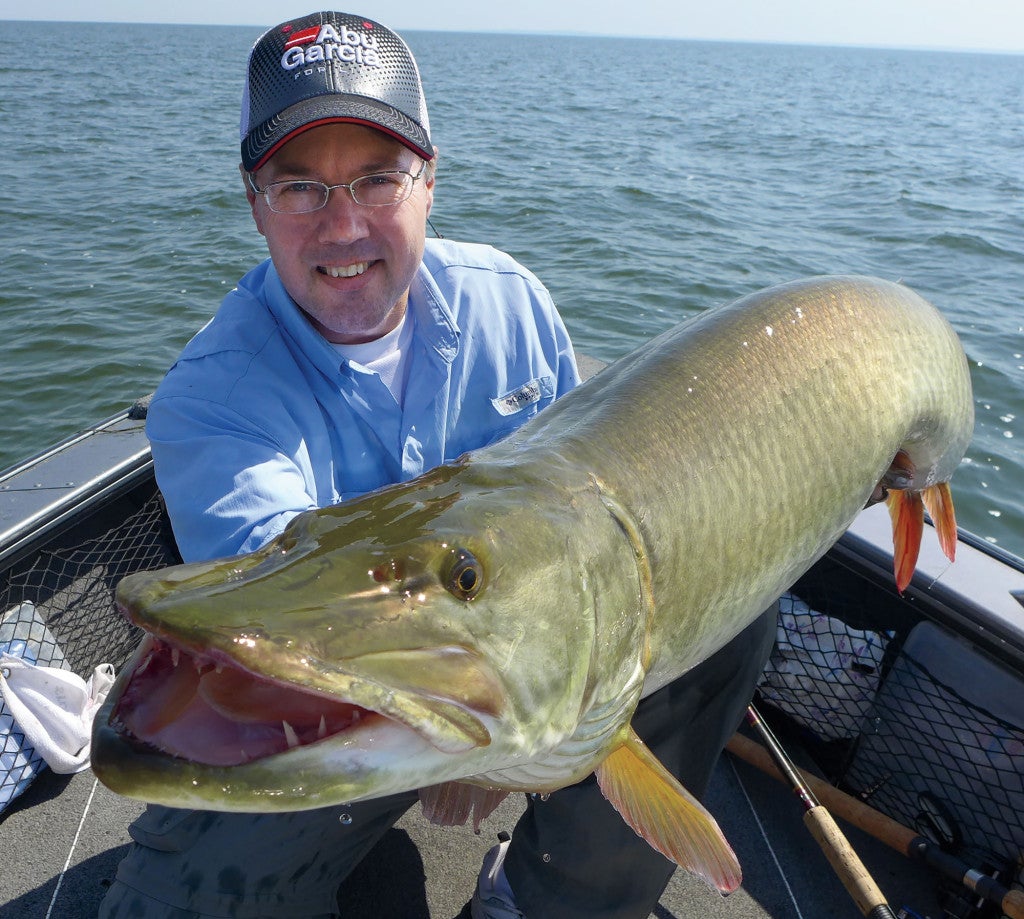 The St. Lawrence River has one of the best fisheries for giant muskie in the world, producing fish such as Arthur Lawton’s massive muskie in 1957, weighing just once ounce shy of 70 pounds. But since 2005 the river’s famed muskie population has been in decline, and it has scientists worried.

According to newyorkupstate.com, the invasion of round gobies into the waterway are to blame. Gobies are believed to eat muskie eggs, and they also are a carrier of a deadly virus that has killed muskies. Prime spawning areas for muskies in the St. Lawrence (which straddles the U.S.–Canada border, connecting the Great Lakes to the Atlantic Ocean) have diminished over the last 20 years.

The result is fewer muskies, especially the heavyweights the river is famous for.

“This is like having the New York Yankees disappear from baseball,” Ottawa muskie guide John Anderson told ottawacitizen.com. “This is the greatest fish franchise in history. Those are the biggest, baddest muskies on the planet.”

John Farrell is a professor at the State University of New York (SUNY) and an expert on the river’s muskie fishery with 30 years experience.

“People still catch exceedingly large muskies in the river. But they’re in a bit of trouble and there’s data to support that, specifically in the producing of young fish,” he said.

Muskies don’t defend nests like many other freshwater species, so scientists believe round gobies may be impacting muskies by eating their eggs. Biological survey nets show an abundance of gobies in muskie spawning spots, with very few muskie fry, according to professor Ferrell.

Round gobies also eat eggs from prey species that muskies feed on, so they displace targeted muskie finfish, which may impact muskie size and population numbers, according to Farrell.

Round gobies are native to Europe, and likely were introduced to the St. Lawrence about 2005 from the ballast of ocean freighters. The St. Lawrence has the largest round gobies in the Great Lakes, with some up to 12 inches long. Round gobies usually measure 8 inches.

Gobies not only eat muskie eggs, they also host a deadly fish virus called viral hemorrhagic septicemia (VHS). From 2005-2008, the St. Lawrence River had a large die-off of large adult muskies that succumbed to the virus.

Read Next: The Greatest Day in Minnesota Muskie Fishing History

“It is clear that abundance of (young) muskellunge on nursery grounds has declined substantially enough that managers have real concern over the future of the population if current trends continue,” says Farrell.

Recently 38,000 muskie fry were released into the St. Lawrence at a number of known spawning areas of the river. Farrell says stockings are helpful for the river’s muskie fishing future, but not a solution. Natural reproduction of muskies is the greater goal, and much needs to be done to reach that.

“We need to pull to pull out all the stops,” he says.