Magnet Fishermen Ticketed After Uncovering 86 Rockets, Other Ordnance While Fishing on a Georgia Army Base

After calling the cops on themselves, authorities said the three men were lucky not to go to jail for magnet fishing on military property 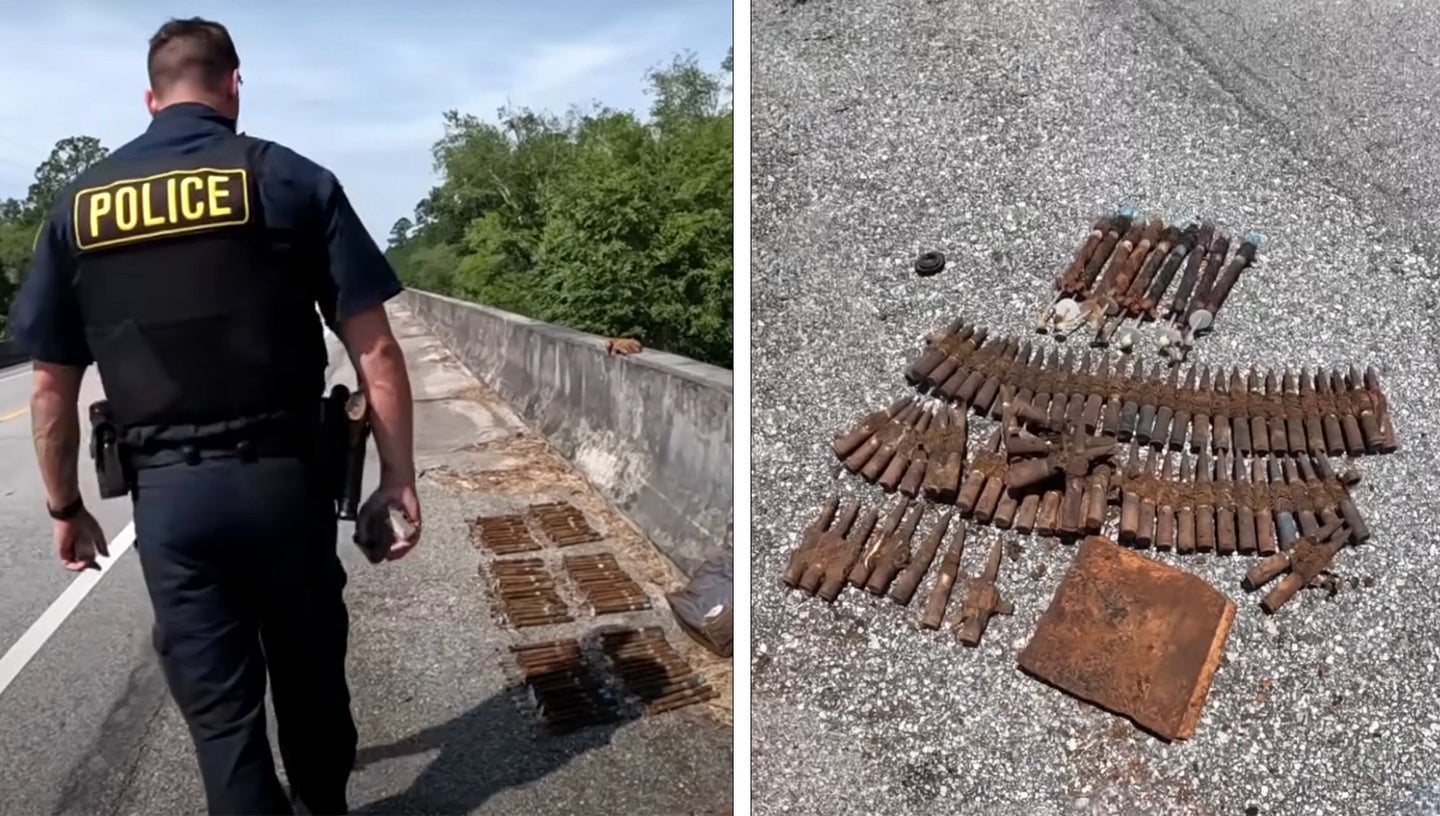 "This is probably the craziest thing we've ever found," said one of the magnet fishermen. YouTube
SHARE

Three magnet fishermen are facing fines after they pulled up a wealth of military weapons while fishing on an Army base in Georgia last month. The treasure hunters were probing the waters of the Canoochee River, which runs through the base, when they made their discovery. They posted the entire 25-minute episode—including their run-in with law enforcement—to YouTube.

In the video, Bryce Nachtwey, Matt Jackson, and a third individual haul in belts of large caliber ammunition, along with mortar shells and other rusty military equipment. They’re clearly delighted with their haul, which they lay out on the bridge spanning the river. At one point, they pull up a bag with a Delta Airlines logo that contains 86 projectiles thought to be M73 practice rockets.

“This is probably the craziest thing we’ve ever found,” Nachtwey says in the video.

The collection of rockets in the bag leads the magnet fishermen to believe they’ve discovered military hardware that had been stolen from Fort Stewart. So they call the local authorities.

A Fort Stewart military policeman shows up and checks their “catch,” and he’s just as stunned with their haul. A wildlife officer then arrives on the scene and informs the magnet fishermen that because they’re on military property without the proper permits, they will be fined. He also says they are lucky they’re not going to jail for magnet fishing at a secured military installation—an activity which is expressly prohibited on the base.

Read Next: 11-Year-Old Hauls in Two .50 BMG Rifles While Magnet Fishing with His Grandpa Near Miami

“You’re all getting tickets,” says the game warden. “You can come to court and talk to a judge. The reason magnet fishing is not allowed is because of exactly what y’all got right there. You don’t know what’s going to blow up and what’s not going to blow up.”

“Y’all would have been better off just leaving that shit down there,” the warden says later, referring to all the weapons they’d hauled up from the river and have laid out on the bridge.

The magnet fishermen were cited for recreating without a permit, entering a restricted area, and unauthorized magnet detecting, officials told The Macon Telegraph. According to the video, the three magnet fishermen contacted the Department of Natural Resources before arriving at the river.

“Because Fort Stewart-Hunter Army Airfield is an active training installation, ammunition of various sizes is fired here on a regular basis. There is always [the possibility] a potential unexploded ordnance can end up in the environment, to include rivers,” a Fort Stewart spokesperson told the Telegraph. “The risk of unexploded ordnance being present throughout the training area, regardless of how it got there, is one reason why activities like magnet [fishing] are not allowed.”