Lots of people want their kids to love fishing, but they’re going about it all wrong 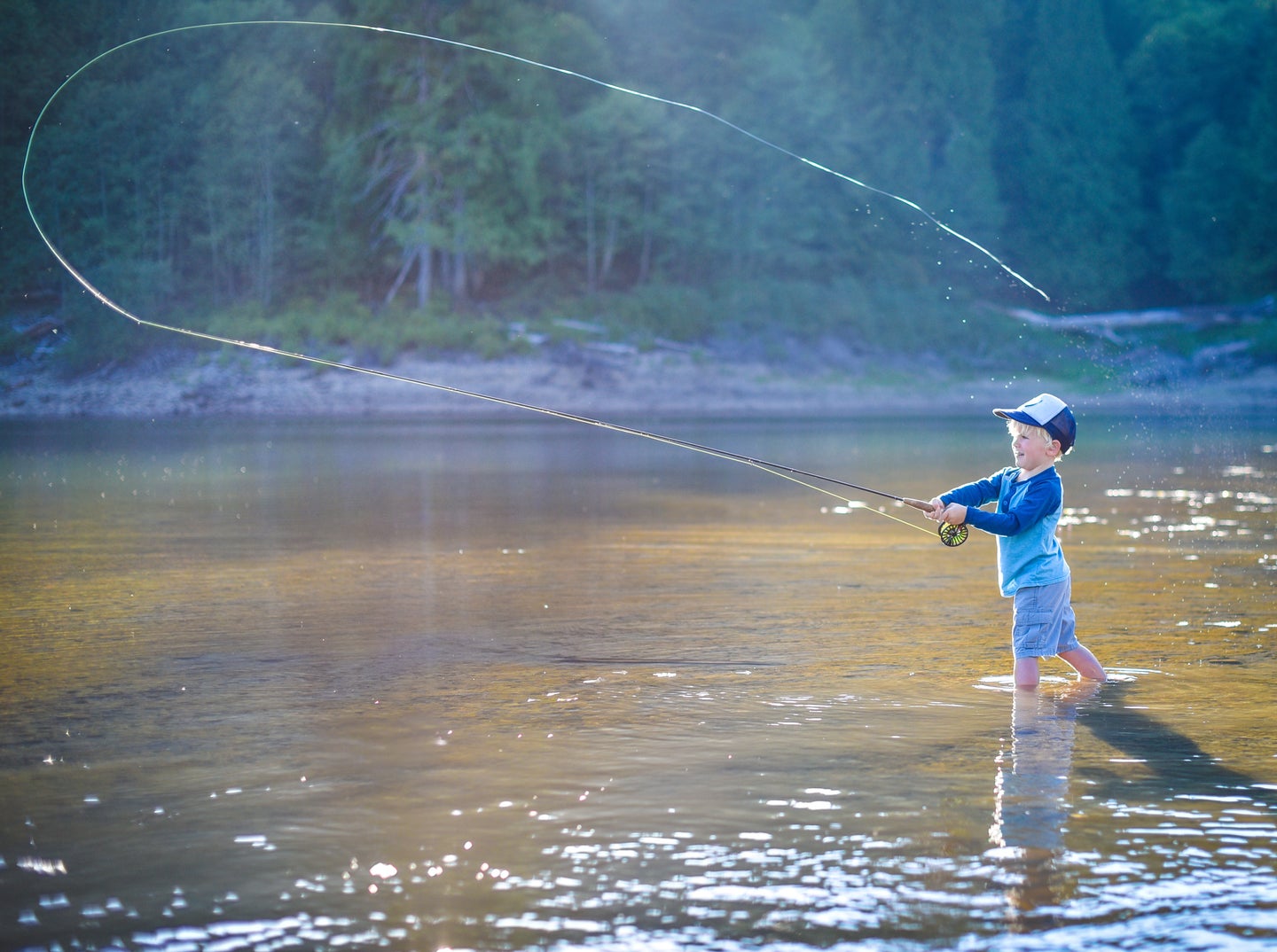 Fishing has been front and center in my life since I was born. On my dad’s side of the family, my grandfather dragged me along to every bluegill hole, trout stream, and catfish lake in the state. My mom’s parents owned a bait and tackle shop in Central New Jersey. After school, mom would happily bait my hooks and untangle my line at local ponds. My dad took me fishing anywhere I wanted to go. We were such a fishing family that even when I wasn’t on the water, I still fished. Rubber sharks became tarpon. Paperclips became hooks. The deck of my childhood home was my mighty fishing boat, and when the sun went down the couch became the pier. Looking back on it now, I was extremely lucky.

The reality is, that even a kid raised with so much opportunity to fish isn’t necessarily going to catch the fire for life. After all, I have many hardcore angler buddies whose kids haven’t fully taken the bait, despite the best efforts of their parents.

I’ve had two chances; My 7-year-old daughter, Charlotte, has already lost interest in fishing, but taking her when she was littler instilled a deep love of nature, critters, and just getting dirty outside. I’m thrilled with that. My 4-year-old son, Jamie, is more obsessed with fishing than I was at his age (which is no easy feat). In talking to parents like me who want their kids to embrace the sport, I’ve picked up on some common mistakes. Through their experiences, and my own, I’ve come up with some of the most common mistakes parents make when setting their little people on paths to fishing obsession.

They Wait for the “Perfect” Age

I know a few anglers who have kids in the 6- to 10-year-old age range. They talk about getting their kids into fishing all the time, but they don’t take them out very often. I get the impression that they’re waiting for them to hit a certain age or maturity level that allows them to do cooler trips than just worm dunking for bluegills. I understand this, because I can’t wait for my son to be old enough to join me offshore and on 10-mile river floats. But in my experience, if you don’t rope a kid by 4 or 5 years old, it becomes harder to get them excited. By 7 or 8, they’ve already decided their thing is skateboards or soccer or dance or video games. Don’t wait. Start as soon as they can walk.

They Save Fishing for the Water

So how do you start “fishing” with a kid still in a highchair? The answer, in my opinion, is not strapping them to your back and wading a stream. I see this often and, frankly, it just looks like a pain in the ass. I hated schlepping them on my back at the zoo let alone while false casting and balancing on rocks. Instead, buy a book loaded with cool gamefish illustrations or fly and lure photos. Look at it together. Make a game out of them memorizing fish names. Have them point to all the red flies on the page. Order a plastic trout your little tyke can gnaw on. Make sure one of the plushies on his or her bed is modeled after a fish you like to catch. The more fish and fishing related things a kid sees early on, the more likely that kid will begin to recognize that fishing is important in your family.

They Go Fishing Too Often

This may sound counterintuitive, but I’m a firm believer in not taking young kids fishing too much. I try to get mine on the water about twice a month. I could get them out a lot more, but I want real fishing to be something special. My son is perfectly happy play fishing day after day, but when I say we’re going fishing for real, oh man, he loses it. I don’t ever want that excitement to go away. I want him to be like I was at his age: unable to fall asleep the night before opening day of trout. I worry that if I take him fishing too often at 4 years old, that vigor could wear off. If he gets to be 9 or 10 and still has this much fire for the sport, then game on—I’ll take him as much as he wants to go.

They Don’t Know When to Reel Up

One mistake I made with my daughter was letting my desire to catch fish rule the day. But I learned quickly that nothing about taking a little kid fishing is about you. The fastest way to turn a kid away from fishing is to force it upon them. You might be daydreaming about the massive bass in the lake, forming a plan of attack for the next few hours, but then your kid catches two sunnies and wants to leave … you’re done. Bail out. I’ve found that every outing early on is a craps shoot, and that’s OK. Sometimes my son will stay at my side and reef on rock bass or stocked trout until we run out of worms. Next time, he might crank on one fish and decide, for whatever reason, he’s ready to go get an ice cream. So that’s what we do. Whether the trip lasted 2 hours or 20 minutes, what counts is that he had fun. If you hook them, they’ll have years to be grumpy about missing bite windows, breaking off trophies, spinning props, and fishing terrible conditions. But in the beginning, it just has to be fun.