When Wilderness is a Catch-22

We all love wild places, until they get crowded 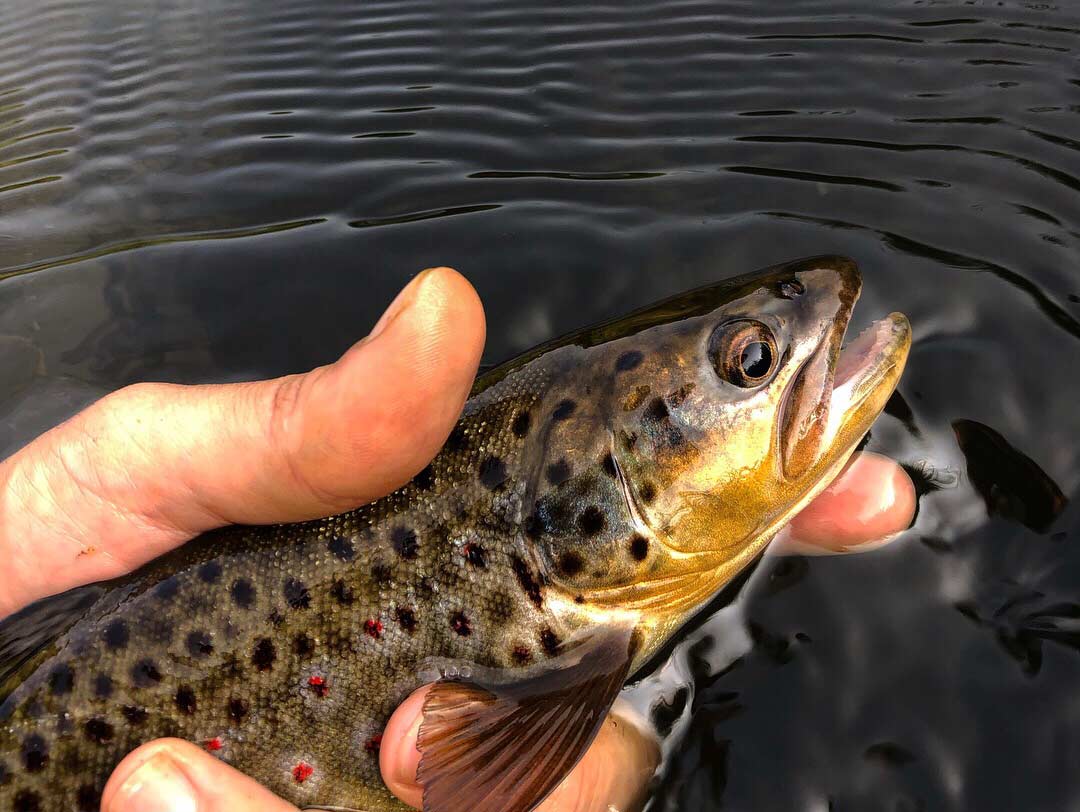 My favorite place on Earth is up a rutted dirt road that strings along a creek in southwest Colorado. Call it the Sulfur. The creek flows through a wooded canyon, and before winter struck this year, it was running low and clear and showing its bones.

Blowdown spruce sieved the current, and the willows on the gravel bars were beginning to turn. The air stirred upstream and smelled of the leaning firs.

I couldn’t get into waders and boots fast enough. I slid the rod out of its vault, shoved through the alders, and stepped into the current of the first riffle. The rod was already rigged, and I didn’t bother to change flies—what worked last night should work today: a tuft of elk hair on the surface and a bead-head dropper rolling along the bottom.

I have friends who really know how to fish, who know the life cycle of every insect. Not me. I don’t want a Ph.D. in entomology; I just want to be thigh-deep in a stream catching trout. When I first moved to town and pulled into the Sinclair station, Bobby Reedy, who runs the shop with his son, said, “Hell, Pete, a trout has a brain the size of an ant, just throw the fly out there.” When I told him I was thinking of heading down to the gold-medal waters of the forks of the Gunnison, he said, “That’ll be full of fuckwits from Aspen.” He gave me directions to the Sulfur. That was 29 years ago.

I began to cast, wading slowly up the middle and hitting the seams and pools on each side. The low sun nestled into the trees at the top of the ridge and warmed the high bands of broken rimrock across the creek. Along the glistening cobbles of the bank, a black ouzel bobbed and flew rock to rock, staying just ahead of me, keeping me company. Was I talking to it? I was. Damn. Well, I know I talk to the fish too.

The night was cooling fast. In the black pools, I could see the rings of trout rising, and I caught a few and released them. The road climbed away from the creek. When I stepped over the silt at the water’s edge, I saw the tracks of coyote, elk, and something small, maybe an ermine.

Almost 30 years ago, Bobby gave me a great gift. If we are lucky and dedicated, we have a wild place like this where we return again and again, one that twines through our lives. A place we can come to in every humor, heartbroken or triumphant, and discover we are really returning to ourselves. That’s what wild places do: They allow us to remember our own smallness, what it feels like to be a part of the greater turning of the seasons, where everyone—bird, trout, moth, spruce—is just trying to make a living.

Read Next: Hunting is About Much More Than the Meat

I caught so many fish that night, I stopped counting. The next afternoon, I sped back to the creek, jostled onto the dirt road and…there was a brand-new Tundra in my pullout—with a brand-new Rod Vault and a sticker on the window of the topper that said “Ski the Butte.”

“Piss off,” I murmured. And then I thought, Don’t tell me what to do. I don’t want to ski Crested frigging Butte. I want to fish my mile of creek without your boot prints clomping all over my ermine tracks.

I couldn’t see him or her, or them, but I knew if I fished upstream, I would catch up to whomever. I drove on. There were a few more pullouts that accessed sections I loved, but I was unsettled. A week ago, I’d seen a young couple flyfishing on a stretch at the mouth of the ravine, and their FJ had a window sticker with the name of a Denver fly shop. If they knew how to get here, so would their friends.

I shook it off and fished. Don’t be a curmudgeon, I thought. It’s great young people are into fishing, right? I mean, if they’re not cross-eyed on their cellphones, that’s a good thing. Right? What chance do wild places have if people don’t get out in them and learn to love them fiercely? If all they care about is Fortnite, we’re totally screwed.

That’s what I thought, but that’s not what I felt. I felt dread. A constriction in the chest. It seemed that everywhere I used to be alone was now busy with people. I felt that if those hordes come out here, this place I cherish will be gone. But everyone deserves to be in wild nature, don’t they? Bobby had not slammed the gate; he’d passed on the keys to the kingdom. How could I feel so ungenerous?

I fished again into nightfall. A large hawk dropped out of a tall spruce and glided across the creek. Just a shadow, probably a goshawk. “Hey buddy,” I whispered. “None of us know what’s coming, thank God. Maybe I’ll see you tomorrow.”

Peter Heller is the author of a dozen books, including the bestselling novels The River and The Dog Stars.