We know, summer went by too fast. Every weekend was spent shuttling kids to sporting events and camps, and then... 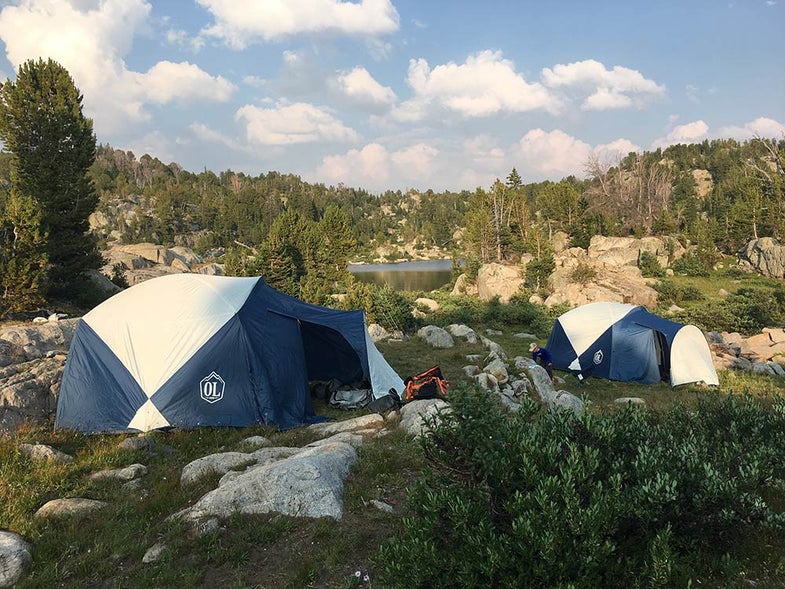 We know, summer went by too fast. Every weekend was spent shuttling kids to sporting events and camps, and then there was the never-ending list of house projects.

Did you find time to camp?

Here are five great ideas for places to camp, fish, and generally enjoy the remains of summer before the leaves change and snow falls. 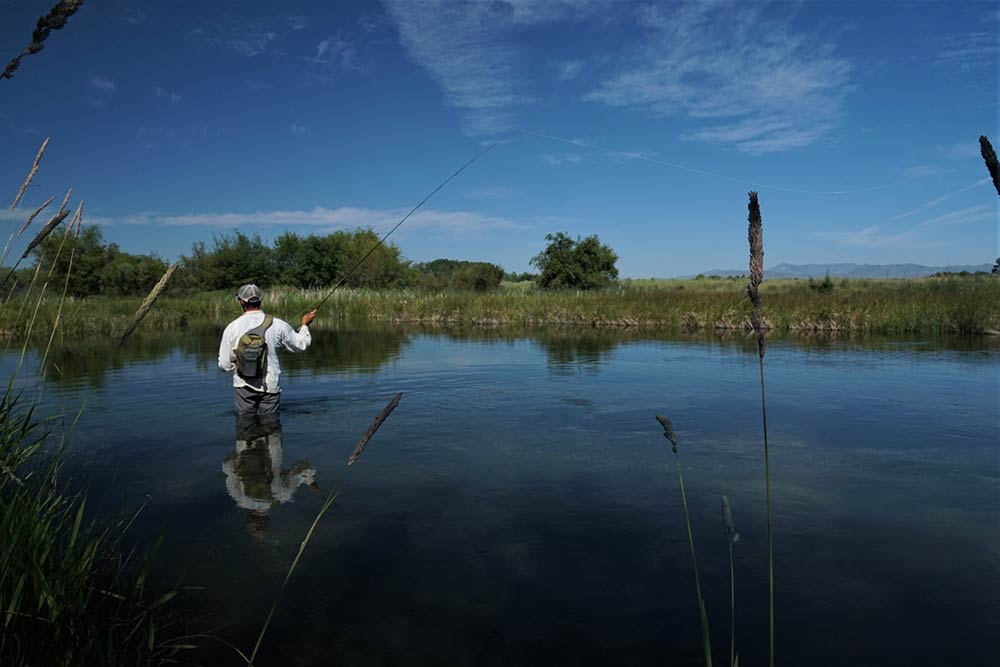 Go For the Fishing, Stay For the Stars

Sleeping under the stars is as important to camping as s’mores. But instead of trying out just anyplace where the sun goes down and the glow from a nearby city looms on the horizon, set your sights on somewhere near water, particularly deep in the mountains or on the prairie and away from habitation. It will be the perfect combinations of fishing during the day and epic star-gazing at night.

Guide Life recommendation: Silver Creek, Idaho
The first place in the country to formally capitalize on its lack of manmade nighttime lighting is a place called Central Idaho Dark Sky Reserve. Billed as “America’s First Gold-Tier International Dark Sky Reserve,” the area largely encompasses National Forest land and several small communities. The brilliant stars extend past its borders though, to a larger portion of Idaho, which contains a river called Silver Creek with phenomenal fishing. Catch Silver Creek’s trico hatch during the day on The Nature Conservancy’s Silver Creek Preserve and strip big streamers nearby at night. Plan to camp at the Silver Creek West or Silver Creek East campgrounds. While neither will go down as the fanciest campsites you’ve likely tried, they’re free and provide a perfect half dome of classic night sky.

Going Camping? Check out OL Guide Life: Gear for Base Camp and Beyond 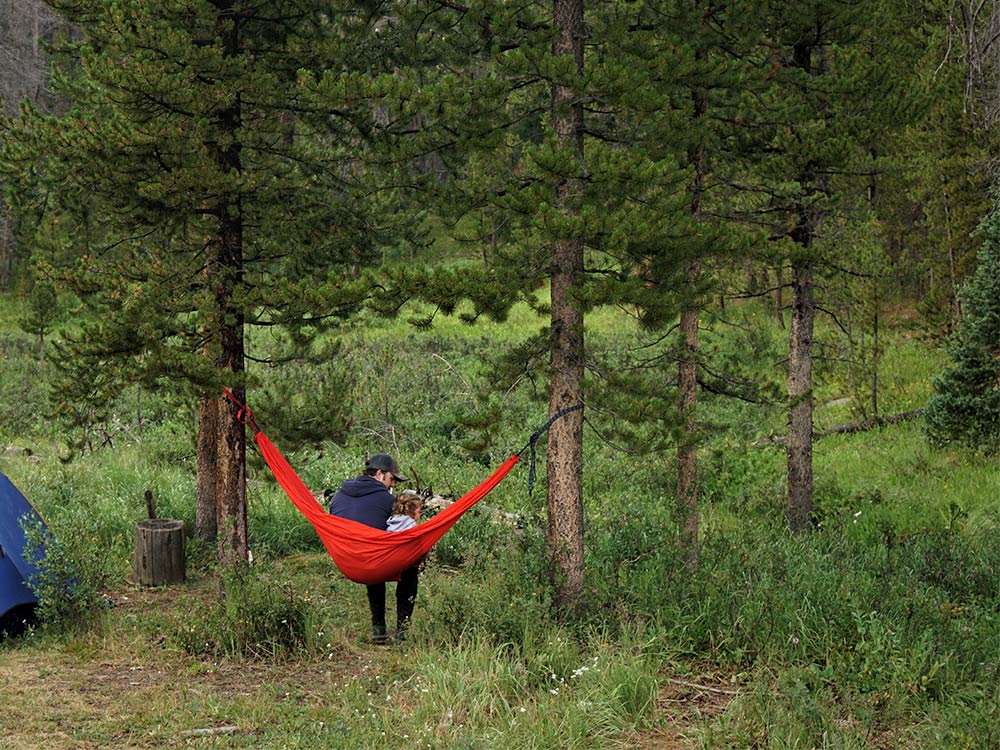 Thanks to massive chunks of federal public land, you and your family—and anyone else—can camp for free. It’s called dispersed camping, and you won’t have luxuries like pit toilets or camp tables, but you will have endless expanses of forest and no price tag or neighbors. Stop by your local ranger station for a map and advice on where to go. If you can’t get to an office during business hours, just drive to your nearest national forest or chunk of land managed by the Bureau of Land Management, drive down a dirt road and stop wherever looks perfect.

Guide Life recommendation: Arapahoe National Forest
If you are one of the millions of people living in the greater Denver area, this could be your spot. It’s not completely free—a $10 fee is required—but the camping, hiking and fishing is yours for days. It’s an off highway vehicle recreation area, which means go ahead and bring your 4-Wheelers, dirt bikes, mountain bikes or other toys and open up on endless miles of dirt roads. Hundreds of perfect camping spots await, just drive until you find the one you like best. 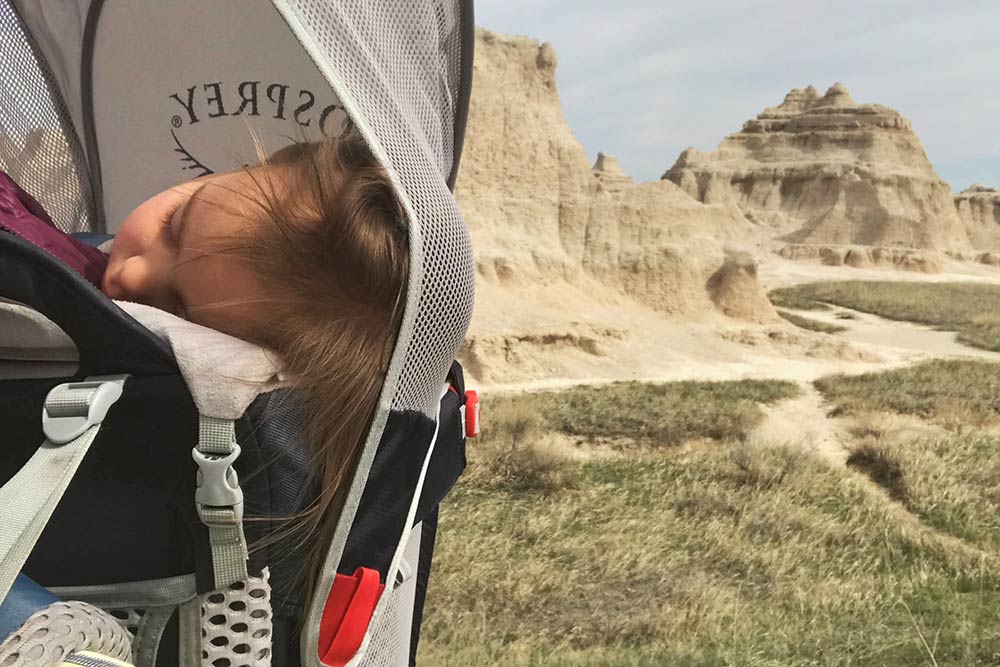 The country’s national parks are national parks for a reason. They’re special, and they should be visited. Hundreds of parks and sites dot the nation. While entrance and camping fees add up, the experience is absolutely worth it. From Yellowstone and Yosemite to Isle Royale and the Petrified Forests, they’re bucket-list places.

Guide Life recommendation: Wind Cave and Badlands National Parks, South Dakota
The two sites are close enough to each other to warrant a dual listing. Wind Cave National Park is “one of the longest and most complex caves in the world,” according to the park service. Tours take you far underground where you and the family can weave along narrow paths and up and down hundreds of stairs to learn about honeycomb calcite and wonder what could be lurking in the unexplored sections. Campgrounds in the area offer pristine views of intact prairie. Head to Badlands National Park less than 60 miles away for an experience that feels a bit like the moon—for anyone who has imagined walking on the moon. Camping is plentiful in two established campgrounds. Dispersed backcountry camping is also allowed. 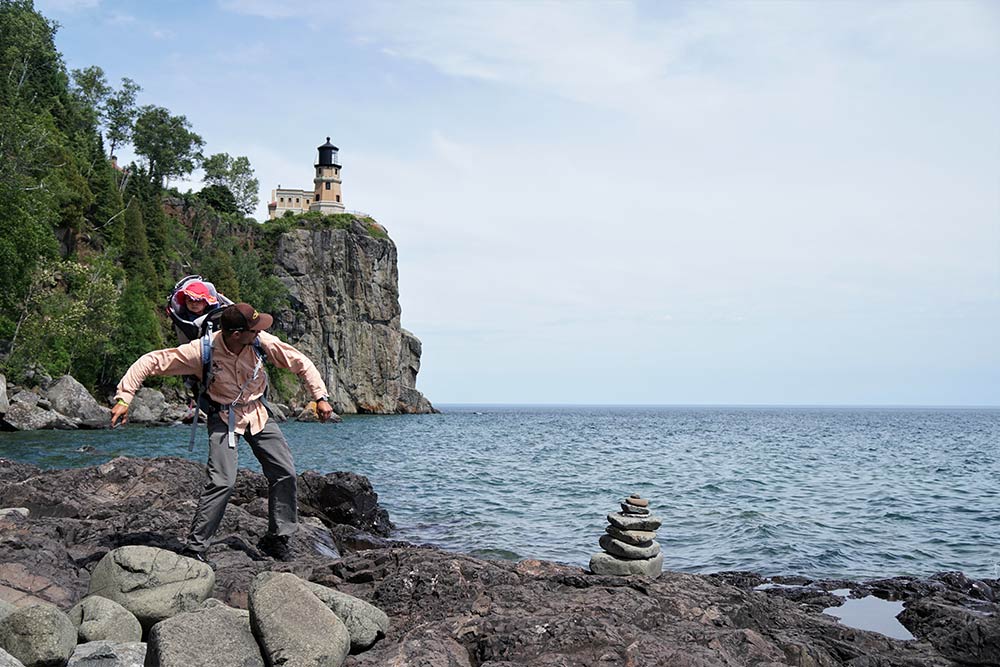 Trick Them Into Learning

We know, school has just started or is about to. So combine your last dose of summer camping with a visit to one of the country’s countless historic sites. Find one impressive enough, and they won’t even know they’re learning.

Guide Life recommendation: Lake Superior north of Duluth
Camp in one of the many campgrounds dotting the shores of Lake Superior northeast of Duluth, Minn. Grab one close to the famous Split Rock Lighthouse and learn about the waters of the country’s Great Lakes, the valiant efforts that went into saving ships and the history of the famed wreck of the Edmund Fitzgerald. Climbing to the top of one of the most photographed lighthouses in the country is a bonus. 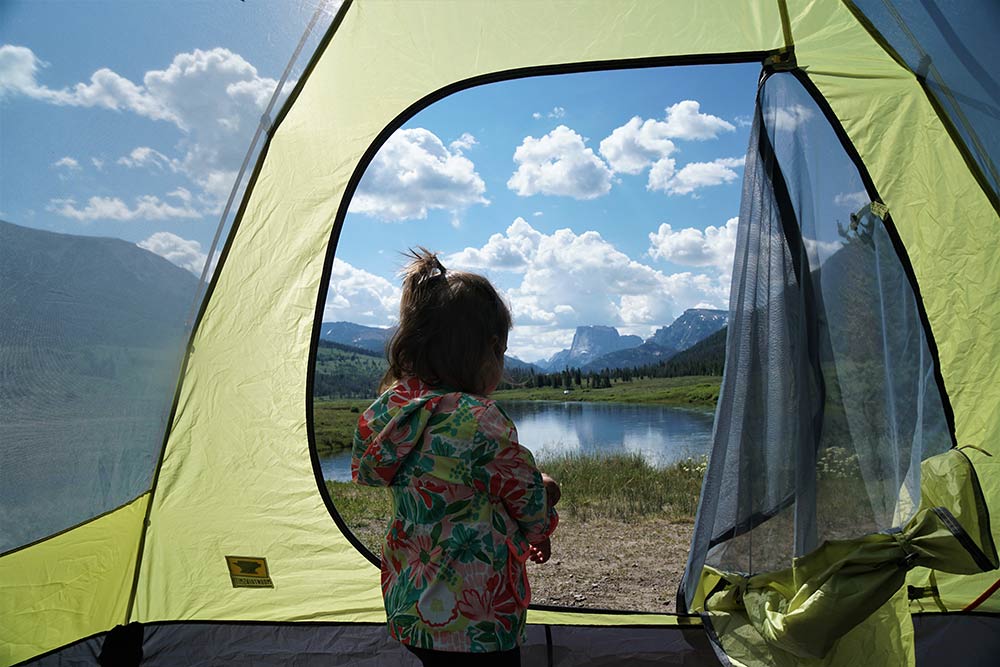 First step: Find a creek, river, lake or reservoir. Second step: Pack your rods and reels. Third step: Go. Look for a spot to camp near the water where you can fish until dark, stumble into your tent, and wake up in the morning at first light to do it again. Will you be tired? Maybe. But it’s worth it to be able to cast until you fall asleep.

Guide Life recommendation: The upper Green River in southern Wyoming.
As the upper Green River winds its way from Wyoming’s Wind River Range into the Colorado River, it slows to fill the eponymous Green River Lakes framed by aptly-named Square Top Mountain. A general lack of cell service and people mean when the river begins to boil with rises from native white fish and trout, you might be one of the only ones casting. Camp anywhere 100 feet from the banks for the perfect weekend with your family and closest fishing buddies.