The latest in gun rights and gun control 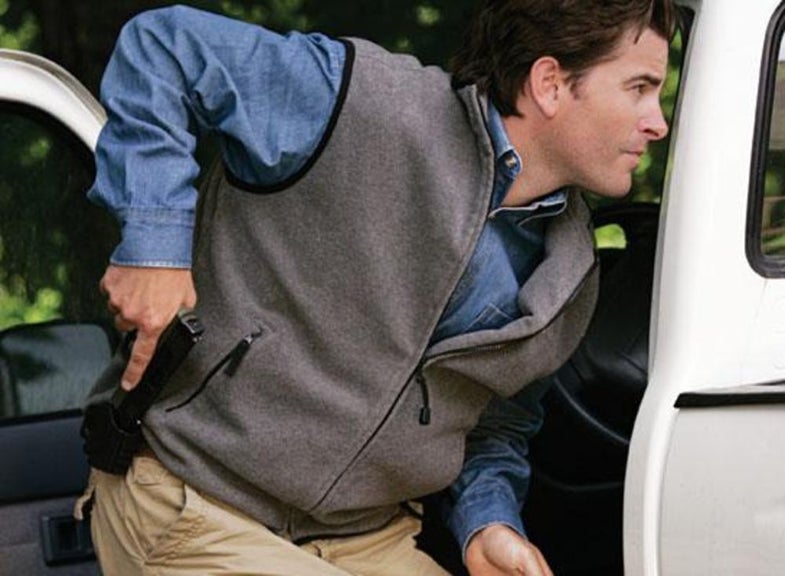 Country Joe & The Diss: Trump Has The ‘Fortitude’ to Put Politics Before Principles

Sen. Joe Manchin (D-WV)—co-author of the failed 2013 Universal Background Check bill—told CNN on April 20 that President Trump has the “fortitude” to succumb to gun control advocates as a way to punish Congressional Republicans who are bucking his agenda priorities.

In other words, by today’s hyper-partisan, ideological standards, “fortitude” is viewed as being brave enough to put politics before principles and the Constitution.

Manchin, who is regarded as a moderate, and Sen. Pat Toomey (R-Penn.), jointly sponsored the universal background check proposal in the wake of the December 2012 Sandy Hook Elementary shooting. The bill was rejected by Republicans, as well as some Democrats, in April 2013.

Manchin has repeatedly vowed to resubmit the bill and, recently, has expressed optimism that Trump — despite his otherwise strong support for gun owners’ rights (at least since declaring his bid for the presidency in 2015) — will endorse such a measure.

“Donald Trump’s the only person that can do that right now,” Manchin told CNN, suggesting Trump could add “gun sense” to the failed Senate bill, thereby convincing some gun control opponents to support it.

“There’s a reason that certain people shouldn’t be able to have access to guns,” Manchin told CNN. “Every law-abiding gun owner understands that. They read our bill and saw we had a good piece of legislation, but no one had the fortitude to do it. And (Trump) could do it.

Breitbart’s AWR Hawkins was among gun-rights advocates to challenge Minchin’s logic and assumptions. Manchin “did not mention that the Sandy Hook gunman stole the guns he used in the attack; therefore, his actions would not have been curtailed in the slightest by Manchin’s proposed gun laws,” Hawkins wrote on April 21.

Manchin himself admitted his proposed bill would have done nothing to prevent the Sandy Hook attack during an appearance on CBS News Face the Nation before the bill washout down.

— Manchin: Trump has the ‘fortitude’ to push background checks for gun purchases

Trump abruptly asks pro-gun control surgeon general to resign. His views may have clashed with Trump’s extreme gun rhetoric on the campaign trail.

U.S. Surgeon General Vivek Murthy, an Obama-appointed gun control enthusiast who attempted to codify his anti-Second Amendment beliefs through rule-making and regulatory engineering, has been asked by the Trump Administration to resign.

While few doubted Trump would eventually dump Murthy, according to the New York Times, the resignation is somewhat unusual. A White House spokesperson told the New York Times that Murthy was asked to leave “after assisting in a smooth transition into the new Trump administration.”

But employees at the Department of Health and Human Services told the Times they were surprised by the unusually abrupt departure, especially since Murthy’s four-year term would have normally ended at the end of 2017.

Obama’s 2013 appointment of Murthy incensed gun rights advocates, including the National Rifle Association, which cited a letter Murthy signed that called “for Congress to pass stronger gun legislation immediately and for us to develop a comprehensive national plan to stop gun violence.”

As surgeon general, Murthy continued to lobby for gun control, claiming gun violence to be a public health issue and said “far too many people die from gun violence,” adding, “And in my book, every single death from gun violence is a tragedy because it was preventable.”

A proposed bill headed for the Pennsylvania State Senate would give school districts the green light to allow teachers and other school employees to carry guns. While technically already allowed under state law, the legislation would explicitly clarify how local school boards can establish policies and procedures for arming certain staff and employees in public schools.

“This bill will provide another option for schools – especially those in rural areas – by providing a quick response to school shootings and improving the safety and security of our children, teachers and school staff,” Sen. Donald White (R-Indiana), said in a memo to lawmakers published by the Associated Press.

White, who is sponsoring the bill, told the AP that it would cover all school employees, including teachers, administrators and support staff, who have licenses to carry concealed weapons. The legislation would allow school districts to permit those employees to carry firearms if they have completed training.

Pennsylvania Firearms Owners Against Crime President Kim Stolfer told John Finnerty of Community Newspaper Holdings ( cnhi.com) that the bill recognizes that responsible gun owners could save lives. “When seconds count, authorities are minutes away,” he said. “Do you want to put students at risk because of your ill-informed paranoia?”

Gov. Tom Wolf has indicated that he would veto the legislation if it finds its way to his desk.

“Governor Wolf strongly opposes this bill and will veto it,” his spokesman, J.J. Abbott, said in a written statement published by the AP. “School personnel shouldn’t be told that the only help they will get from Harrisburg to make schools safer is the option to carry a loaded gun around their students.”

But many think the bill will garner enough support to make Wolf re-think his veto pledge.

— The Latest: Indiana Legislature adjourns for the year

— Not all Iowans are excited about gun law changes

A Louisiana deputy sheriff and Oklahoma attorney have filed motions seeking to block implementation of a March settlement in a class action suit against Remington for allegedly covering up a design defect that allows as many as 7.5 million of its firearms — including Remington’s Model 700 rifles — to fire without the trigger being pulled.

Lewis Frost, a deputy who owns three Model 700s, and Richard Denney, a lawyer who also owns three 700s, maintain in an April 20 court filing to the 8th U.S. Circuit Court of Appeals that the settlement does not go far enough.

They say the settlement’s mechanism for notifying the public “deliberately downplays” the alleged risks the guns pose, and doesn’t do enough to get word out about the replacement offer. Attorneys general in nine states and the District of Columbia made similar arguments. As of mid-February, only about 22,000 owners had filed claims to get their guns fixed.

U.S. District Judge Ortrie D. Smith in Kansas City in March approved a settlement, noting while he was “concerned” about the low claims rate, Remington and plaintiffs’ attorneys had made “reasonable” efforts to notify the public.

Remington has denied the allegations and maintains its firearms are safe, but said it was settling the class action case to avoid prolonged litigation by agreeing to replace the triggers in millions of the guns free of charge, and provide product vouchers for models it says are too old to be retrofitted.

Remington attorney Mark Lanier — whose firm was paid $12.5 million to defend the manufacturer — told Scott Cohn of CNBC.com in an email that the newly filed appeal is ”so sad” and that it has “no chance of success.”

“In the meantime,” Lanier wrote, “millions of guns will remain unfixed while these professional objectors try to hold up the process to make some money.”

— Is Remington getting too good a deal in rifle settlement? Judge wants to know