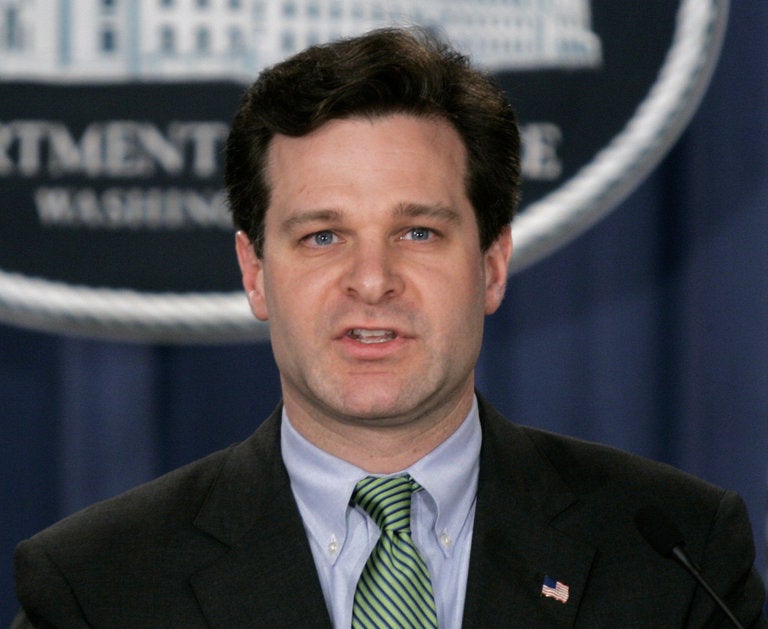 President Trump nominated former federal prosecutor Christopher A. Wray to be his FBI director in an early morning tweet on June 7. Hours later, the White House published an official statement in which Trump called Wray “an impeccably qualified individual,” citing his role in major fraud investigations and anti-terrorism efforts at the Justice Department after the 9/11 attacks.

“I know that he will again serve his country as a fierce guardian of the law and model of integrity once the Senate confirms him to lead the FBI,” Trump said in the statement.

Trump abruptly fired former FBI Director James B. Comey on May 9, saying the move was necessary to allow a “new beginning” at the FBI. Comey, of course, had been supervising investigations of Russia’s meddling in the 2016 election and the possibility of cooperation between people linked to Trump’s campaign and Moscow.

Comey had been widely criticized by Democrats and Republicans for his handling of the contentious investigations, as well as the inquiry into Hillary Clinton’s email practices while she was Secretary of State.

Wray, on the other hand, has pretty much kept his head down in a career of dutiful soldiering and proverbial ditch-digging. His most visible stray into controversy was serving as New Jersey Gov. Chris Christie’s attorney in the so-called Bridgegate scandal.

Therefore, it is uncertain how gun owners should respond to Wray’s nomination. While the FBI director does not impose law or craft policy, as the chief executive of the federal government’s primary law enforcement agency, whoever holds the position is, in contemporary vernacular, an “influencer.”

Before announcing his decision, Trump met with Wray and the other apparent finalist, John S. Pistole, the former administrator of the United States Transportation Security Administration (TSA) and a former FBI deputy director.

According to Glenn Thrush and Julie Hirschfeld Davis of The New York Times, “Mr. Wray is a safe, mainstream pick from a president who at one point was considering politicians for a job that has historically been kept outside of partisanship. A former assistant attorney general overseeing the Justice Department’s criminal division under President George W. Bush, Mr. Wray is likely to allay the fears of FBI agents who worried that Mr. Trump would try to weaken or politicize the FBI.”

— What Christopher Wray Learned From the Last Two FBI Directors

The National Firearms Registration and Transfer Record (NFRTR) database, which is the central registry of all National Firearms Act-regulated firearms in the United States not in the government’s possession, is “seriously flawed,” writes David T. Hardy on June 7 in his ‘Of Arms and the Law’ blog.

Hardy, an attorney and author, filed a 2007 Freedom of Information (FOIL) suit in the D.C. District Court seeking documents related to Office of Inspector General (OIG) audits of the NFRTR, which is what the Bureau of Tobacco, Alcohol, Firearms and Explosives (BATFE) uses in felony prosecutions to establish that a gun is not registered.

He reports that among files he had received there are OIG surveys of BATFE’s Industry Operations Inspectors. This has “produced some interesting conclusions from the people assessing citizen compliance,” Hardy writes.

Among them, according to Hardy:

Meanwhile, Hardy notes, “Demonstrably unreliable records haven’t stopped felony prosecutions” even though, “in their own words, some of the inspectors say they know the register will be incomplete or inaccurate, that discrepancies in the NFRTR make it impossible to verify the onsite inventory, and that they will encounter discrepancies on a daily basis.”

— Gun Control Groups Are Losing The Battle Against Suppressors

— The Loophole in Background Check Thinking: Criminals Obey the Law

Michigan could become the 15th state — the fourth in 2017 — to restore Constitutional Carry and “allow” any legal firearm owner to carry a concealed firearm without a permit or mandatory training of the state Senate approved four bills adopted by the House last week.

If the Senate approves the bills and the governor signs them into law, Michigan would become the fourth state in 2017 to restore Constitutional Carry, joining Missouri, where legislators overrode a governor’s veto, New Hampshire and North Dakota.

Ohio law gives universities and colleges the option to allow concealed weapons on their campuses, but most still ban firearms. A lawsuit filed in November by Students for Concealed Carry Foundation, Ohioans for Concealed Carry and Mike Newbern (an Ohio State University student and former instructor), could force universities to consider conceal carry laws when students demand their rights be respected.

Marion County Common Judge, Jim Slagle, ruled on May 5 that the lawsuit against Ohio State University can proceed. OSU and other universities had requested it be dismissed.

Newbern and the gun rights groups are asking the courts to strike down OSU policies that, they say, limit possession of handguns, even in locked vehicles. Newbern, who plans to take graduate classes at OSU’s Marion campus in the fall, has a conceal-carry license. He says in his suit that he doesn’t want to have to leave his gun at home when he travels to and from campus.

“For me personally, living in Delaware, I’m disarmed when I’m traveling to and from Marion,” Newbern said. If he kept his gun in his car, he said, “I face potential expulsion and never being able to work in the university again.”

The suit contends that state law doesn’t allow state universities to ban the storage of guns in vehicles. It says the university unlawfully imposes such a ban in three places: the student code of conduct, rules for employees and policies for recreational sports programs.

Ohio State said it does not ban guns in vehicles for employees. Beyond that, a university statement said its policies comply with state law. A spokesman told the Associated Press that, because of the lawsuit, he could not say whether the university permits students or visitors to store guns in their vehicles.