Gun News of the Week: Murphy’s Law—Where’s A Wurlitzer When You Need One? 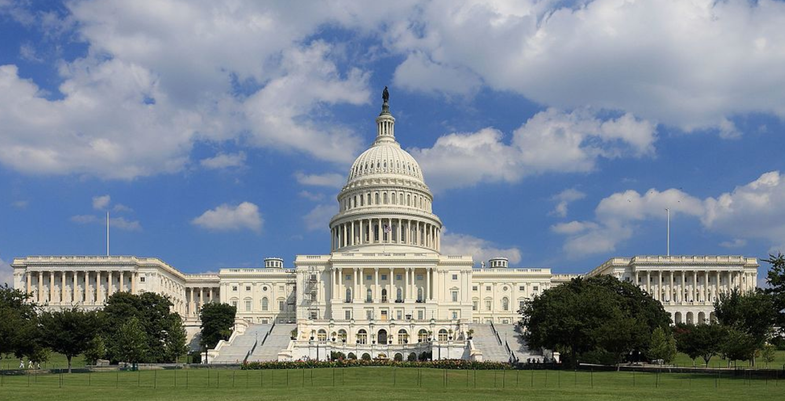 Murphy’s Law: Where’s A Wurlitzer When You Need One?

No gun control dog-and-pony show would be complete without Sen. Chris Murphy (D-Conn.) eventually grabbing the mic and pontificating in the spotlight in a choreographed press conference staged for the TV-educated. On Oct. 25, Murphy demonstrated that he, too, is doing something about gun violence by proposing a bill that he admits has no chance of passing.

But that doesn’t matter. What matters is he is doing something.

It would all make more sense if he delivered his press conferences while standing atop a horse-drawn calliope, but where’s a Wurlitzer when you need one?

Anyway, Murphy’s proposed S 2009, The Background Check Expansion Act, immediately drew the support of 30 Democrat Senators and Sen. Bernie Sanders (I-Vermont). It is, essentially, the same universal background bill he proposed in 2016—after a 14-hour filibuster that featured dogs jumping through hoops and a whistling parrot—that also had no chance of passing because it was so purposely flawed, it really could not be passed.

The proposal would mandate background checks on all gun sales in the country with exceptions for law enforcement, the military and security guards with weapons carried in the scope of their jobs and for some loans and gifts among close family. Guns used at shooting ranges or temporary loans for hunting, or in cases “necessary to prevent imminent death,” are also allowed.

“This would bring hundreds of thousands of gun sales that happen today in gun shows and on Internet sites into the background check system,” Murphy told USA TODAY.

While there’s no reason to silence the carnival organs, at least in this case, Murphy acknowledged that he knows the bill has no chance to pass.

“This bill now, whether or not it gets a vote, will be a test case for Republicans: Do they want to sign on, do they want to introduce an alternative or do they want to stand on the sidelines and risk an election?” he told USA TODAY. “This is a moment where the country is once again having a conversation about how we best protect ourselves from violence. The biggest problem in American gun law today is the massive loopholes in our background check system.”

— Gun Control Advocates Are About To Get More In Our Faces

— As GOP passes buck on bump stocks, ATF pushes back

— Three Weeks After Las Vegas, Legislation to Ban Bump Stocks Has Stalled Out in Congress

In an era where nonsense becomes accepted reality through the sheer volume of fact-free reverberation in the spittlesphere, here’s a canard accepted as gospel: The NRA “buys” elections and “buys” politicians.

If that’s so, then the NRA must be getting a discount for its voters and votes because it is being significantly outspent by former New York Mayor and kazillionaire Michael Bamboozle Bloomberg, who is financing several gun control front groups, including Everytown For Gun Safety and Moms Demand Action.

For instance, according to OpenSecrets.com, the NRA spent $52 million on local, state and federal campaigns in 2016 while Bloomberg shelled out $72 million.

Even in a world where you can believe whatever you and that makes it true, $72 million is more money than $52 million. Not to be a fact snark or anything, but it’s exactly $20 million more — and that is a lot more, at least it is to people not named Michael Bloomberg.

Bloomberg continues to spend on gun-control candidates like a boatswain’s mate on a binge in Subic, pledging (through front group Everytown) $1 million in September to two Virginia races — $700,000 for Democratic Gubernatorial candidate Ralph Northam and $300,000 for Democratic Attorney General Mark Herring’s reelection campaign.

Last week, Everytown — aka, Bamboozleberg — announced it was contributing another $400,000 to Northam, another $300,000 to Herring and $100,000 to Democratic lieutenant governor candidate Justin Fairfax.

Bloomberg likes spending money in Virginia, apparently. He spent $2,368,655 in Virginia on two state senate races in 2015, but neither candidate won. In 2014, according to Slate, he spent more than $50 million in “gifts” to the gun control lobby.

The bottom line is Bloomberg can spend all the money he wants on influencing election campaigns — it does have impact, as in Nevada last November — but it won’t buy coherent logic, which is sometimes still a necessity.

Which is why the NRA is successful despite being out-spent. The NRA is a single-issue advocacy group: Firearms-related legislation and litigation is all it does. Any nonprofit, association, trade group or advocacy campaign should study its tactics and strategies because the NRA is the gold standard in effective advocacy.

So when gun control zealots lament about how they can’t win because the NRA has “bought the politicians” and “bought the elections,” agree with them. Buy them a beer. Pat them on the back. Whatever you do, don’t tell them that the NRA doesn’t do anything they couldn’t do if they actually thought about it because, after all, these days thinking is not as important as believing.

By all means, tell them, keep on believing.

The Illinois House on Oct. 26 rejected a proposed bill banning “bump stocks” and other devices that allow guns to fire more rapidly in a 48-45 because the measure was too broad and could turn legal gun owners into criminals.

The bill was sponsored by Rep. Marty Moylan (D-Des Plaines), who told the Associated Press that it was crafted in response to Las Vegas massacre. “Today we are taking the first step towards better protecting our loved ones and preventing this horrific violence from happening in Illinois,” Moylan told the AP.

But Rep. Jerry Costello (D-Smithton) said Moylan’s bill was more like a great leap than a step. “I don’t view this as a bump stock ban, I view this as a ban on 40 to 50 percent of the guns in the state,” Costello said.

Costello told the AP that the proposal would turn people who modify firearms to compete in shooting competitions into lawbreakers.

Opponents of Moylan’s bill offered an alternative backed by Rep. Barbara Wheeler (R-Crystal Lake) that would ban only bump stocks, not other devices. That bill has the support of the Illinois State Rifle Association.

— Wisconsin: Bill would require businesses lock up firearms when unattended

A Connecticut Supreme Court panel has agreed to hear the appeal filed by families of Sandy Hook Elementary School shooting victims in their lawsuit against Remington, which manufactured the Bushmaster AR-15 used in the 2012 massacre.

The appeal will be heard Nov. 10. The families are challenging the dismissal of their January 2015 lawsuit that seeks to hold Remington liable for the shooting in which 20 first-graders and six adults were killed because, they claim, it marketed a firearm to the public designed for military use.

In October 2016, Superior Court Judge Barbara Bellis agreed with attorneys for Remington that the lawsuit “falls squarely within the broad immunity” provided gun manufacturers and dealers by federal law, specifically the Protection of Lawful Commerce in Arms Act. (PLCAA).

Attorney Josh Koskoff, who is presenting the 10 victims’ families that filed the lawsuit, said on Oct. 26 that his clients wanted as robust and diverse a court as they could get. “We’re very pleased with the panel. It is really a diverse group,” Koskoff told Dave Altimari of the Hartford Courant. “We’re very eager to present our case. It is the right court and the right time and we have always been unflinching that this is a righteous case that deserves a full hearing.”

— 9th Circuit Rejects I-594 Lawsuit, But after Law Amended