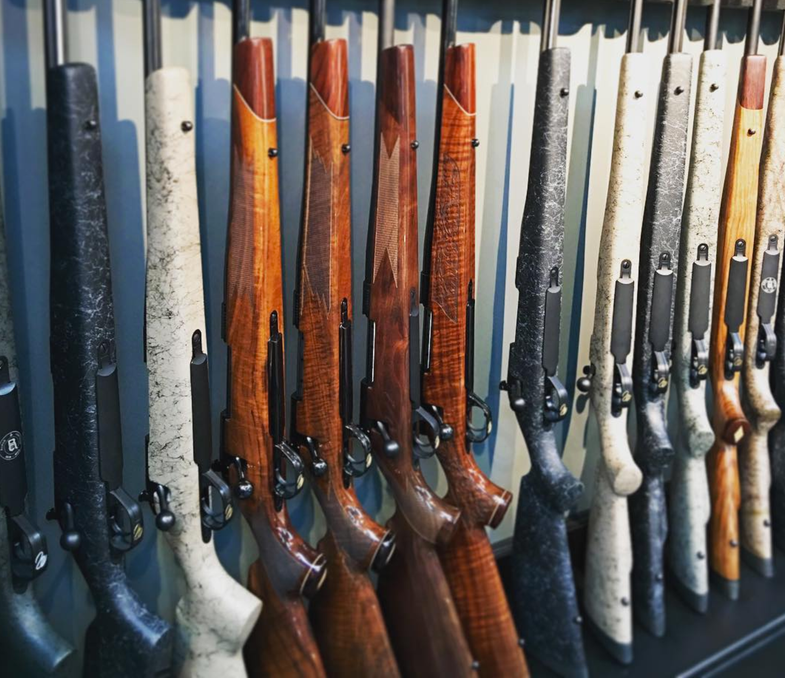 A drool-worthy collection of Weatherby rifles at the company's HQ in Paso Robles. John B. Snow
SHARE

President-Elect Donald Trump on Nov. 18 announced that he would nominate Sen. Jeff Sessions (R-Alabama) to be United States Attorney General. If confirmed—and, by all indications, he will be confirmed—a gun-owning conservative with an A+ NRA rating will be in charge of the United States Department of Justice.

That would be a welcome in-your-face about-face after eight years of animosity against gun owners and contempt for the Second Amendment exhibited by the Obama Administration’s Justice Department under AGs Eric Holder Jr. and Loretta Lynch.

Trump has promised sweeping changes in the Justice Department—including, perhaps, the dissolution of the Bureau of Alcohol, Tobacco, Firearms and Explosives (ATF). Nominating Sessions to be AG is an indication that the President-Elect is serious about redirecting the Justice Department’s emphasis to protecting Americans against crime and terrorism instead of making law-abiding Americans into criminals.

Sessions was the first sitting U.S. senator to endorse Trump for president during the campaign. He was being considered for several possible cabinet positions. Among others discussed as possible AG candidates were Rep. Trey Gowdy (R-S.C.) and former New York City Mayor and federal prosecutor Rudy Gulliani.

“He is a world-class legal mind and considered a truly great Attorney General and U.S. Attorney in the state of Alabama,” Trump said in a statement. “Jeff is greatly admired by legal scholars and virtually everyone who knows him.”

Sessions, in a statement released to the Associated Press, said he was “humbled” by the selection. “My previous 15 years working in the Department of Justice were extraordinarily fulfilling. I love the Department, its people and its mission. I can think of no greater honor than to lead them. I enthusiastically embrace President-elect Trump’s vision for ‘one America,’ and his commitment to equal justice under law. I look forward to fulfilling my duties with an unwavering dedication to fairness and impartiality.”

Here is a brief summary of Sessions’ gun-related votes in the Senate:

— UNDER DONALD TRUMP, WHAT WILL HAPPEN ON GUNS?

‘The Shooting Club’ app could evolve into digital advocacy tool

A smartphone app that that connects marksmen and markswomen with each other, as well as provides GPS listings of the nearest shooting ranges, is being lauded as the “Facebook for gun-owners” and could evolve into a digital advocacy tool for gun owners nationwide.

The app—The Shooting Club—launched in August for iPhone or Android phones and, according to Forbes, garnered more than 10,000 users during its first 90 days.

Founder and CEO Jonathan Rockett told Monty Munford of Forbes that he came up with the idea when speaking to his father about how there wasn’t a common digital tool that recreational shooters could use to communicate with each and discuss shared interests.

“One in three people in the US owns a gun and most of the time they’re unused in the house for home defense,” he told Munford. “We thought that it was time we encouraged people to use them properly by going to ranges and then connecting with other shooters on our app.”

Improvements and expansions are planned for 2017. “We can even check that people don’t cheat on their target scores and we grade people according to experience, so ex-military don’t clean up on the prizes!” Rockett told Munford.

Downloading the app is free. It allows users to find the nearest range on GPS, buy a unique target, use that target when shooting, take a picture of the completed target and then upload that to the app. The app offers cash and prizes for the winning targets.

According to Rockett, the idea is to build a community or ‘Facebook for guns’ where gun safety is also promoted.

— 7 of the Internet’s Best Gun Memes

The California Rifle & Pistol Association and the National Rifle Association have vowed to mount court challenges against many of the provisions within Proposition 63, California’s recently adopted ballot initiative, as well as the seven gun control bills signed into law by Democratic Gov. Jerry Brown in July.

“We expect to make great strides in enacting a pro-Second Amendment agenda,” including a federal law requiring states to honor concealed-carry permits when a gun owner carries a firearm across state lines, NRA spokeswoman Jennifer Baker said in an email published by the Associated Press.

Proposition 63 passed with 63 percent of the ballot on Nov. 8. It bans possession of large-capacity ammunition magazines, requires permits to buy ammunition and forces owners to give up their weapons as soon as they can no longer legally possess them. It also increases penalties for stealing a gun and for not reporting the loss or theft of a firearm.

Although no specific legal challenges have been filed, Brady said the NRA and other gun-owners’ groups intend to fight implementation in the courts of flawed and potentially unconstitutional restrictions that were approved because of fear-mongering by politicians, namely by Proposition 63’s chief proponent, Lt. Gov. Gavin Newsom, who is running for governor in 2018.

“Unfortunately, politicians like Gavin Newsom have emotion on their side, which is, frankly, a powerful tool,” Brady told the AP. “There is a concerted effort by the gun-ban lobby and certain politicians to push gun laws by the vote of the people.”

Sean Brady, an attorney and spokesman for the Coalition for Civil Liberties, which also opposed the measure, said his organization will file lawsuits and initiate a public relations campaign targeting fear-mongering politicians. With the election of Donald Trump as president and his ability to appoint U.S. Supreme Court justices who oppose gun control, such restrictions as those imposed by Prop 63 are “far more vulnerable to challenge,” he said.

— Thanks Nevada for making California safer

Two Kansas men who claimed they were adhering to a state statute that grants exemptions from federal gun control laws were found guilty by a jury on Nov. 14 of violating federal law by manufacturing and selling silencers.

Even before the one-day trial began, U.S. District Judge J. Thomas Marten told jurors in the Wichita U.S. District Court that the case would likely be appealed and that he anticipates that the Supreme Court might eventually review it.

The men claimed their actions were legal under a state law passed in 2013 — The Second Amendment Protection Act (SAPA) — which says firearms, accessories and ammunition manufactured and kept in Kansas are exempt from federal gun-control laws. The Kansas law made it a felony for the federal government to enforce certain directives of Congress regarding firearms.

In October 2015, Cox was indicted by a federal grand jury for violating federal law for manufacturing and selling silencers, and for not paying the special tax on silencers in accordance with the National Firearms Act. Kettler was named in the indictment after purchasing an illegal suppressor from Cox and posting the video of him shooting the device.

The mens’ attorney cited protection under SAPA, which then-U.S. Attorney General Eric Holder repudiated in an official letter to Kansa Gov. Sam Brownback as in direct conflict with federal law and, therefore, unconstitutional.

Further, Holder clarified that “Under the Supremacy Clause of the United States Constitution, Kansas may not prevent federal employees and officials from carrying out their official responsibilities.”

On Nov. 7, Kansas Attorney General Derek Schmidt moved to intervene in the proceedings to make clear that, while SAPA is inapplicable to NFA items, the court should not rule on the constitutionality of the state’s law. U.S. District Judge J. Thomas Marten agreed Schmidt’s office could participate if SAPA was further discussed, but denied Cox’s attorneys request to dismiss the case.

Cox was found guilty on eight counts of illegally making and marketing firearms, as well as making false statements to federal agents and conspiracy, and not guilty in two other counts involving possession of a destructive device. Kettler was found guilty on one count of purchasing the unregistered suppressor.

Each charge carries a different penalty. Excluding the false statement charge and conspiracy, Cox faces up to 10 years per count and either a $10,000 or $250,000 fine per count.