Improve your wingshooting vision (and hit percentage) with these tips 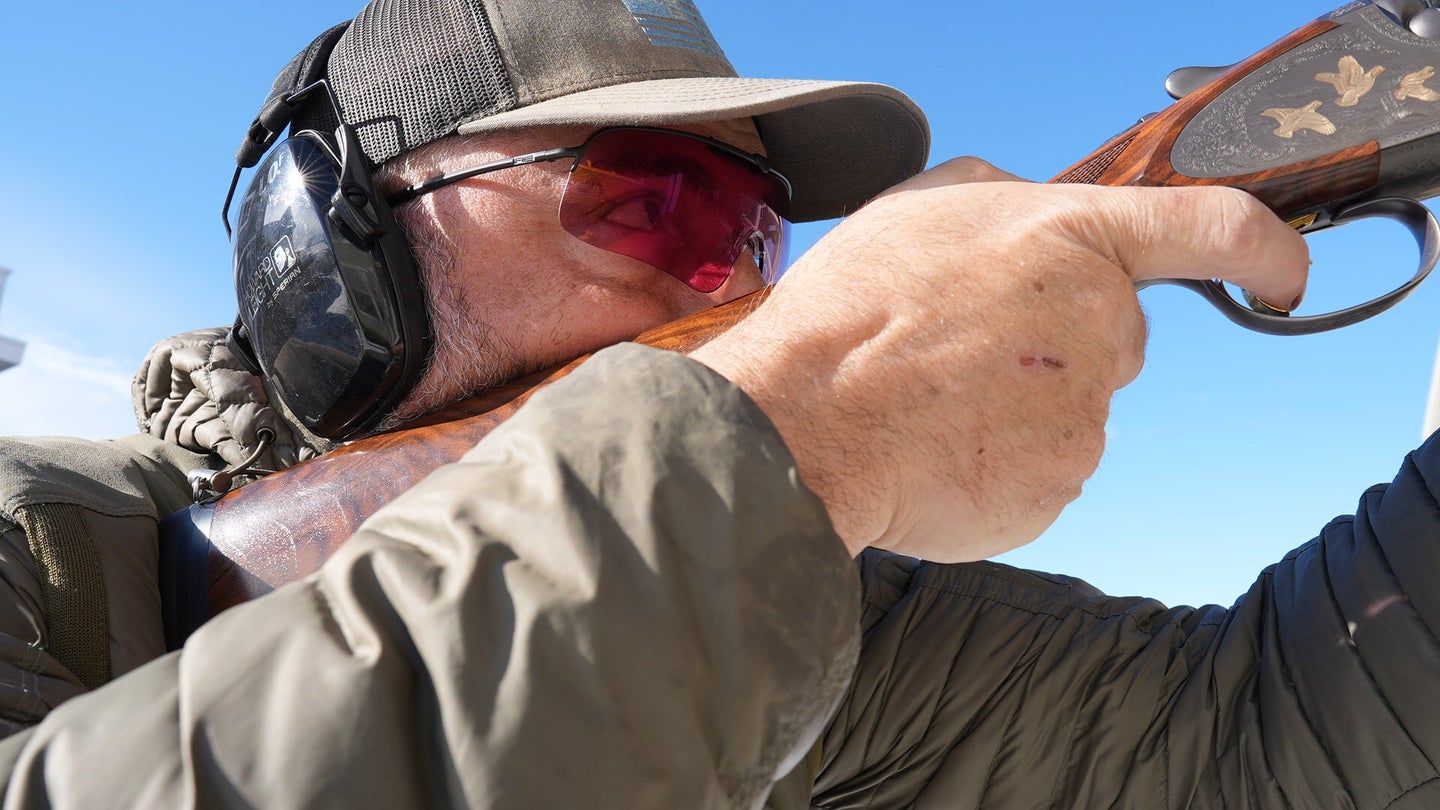 The author testing out a pair of RE Eyeware glasses. John B. Snow
SHARE

See the target, shoot the target. That little gem of shotgun wisdom was dropped on me by an instructor years ago and is a mantra I often repeat while busting clays or when anticipating the flush of a wild covey. The saying is a little cheeky, which appeals to my inner scoundrel, but it is also quite helpful.

It drives home two salient points: One for what it says, and the other for what it doesn’t say. First, it puts the correct emphasis on vision when shooting a shotgun. To successfully hit flying targets a shooter needs to home in on the target with laser-like precision. This “hard focus” is what you do when you stare at the leading edge of the clay target, or the beak or eye of a flying bird. Hard focus cannot be maintained indefinitely, but you can do it for the few seconds that your target is in flight. When you go into hard-focus mode, the target will appear to slow down and your ability to hit the target will increase dramatically.

To see what hard focus is like in action you don’t need to go to the skeet range. The next time you’re driving down the highway, practice looking at the leading edge of painted stripes in the road, or at the small reflectors on the side of the road. You’ll find that the object of your focus seems to move much slower than when you’re just gazing with soft focus. You’ll also find that it becomes difficult to do it over and over repeatedly because it requires a lot of mental energy and is fatiguing.

The next time you face a clay target or a bird, remind yourself to activate your hard focus. Before calling for a clay target, for example, I’ll often say “front edge” to myself. That’s the last thing my mind hears before the target appears. This is one way I ensure that I’m using hard focus. I do the same thing when hunting birds by saying, “beak” or “eye” at the flush.

The other thing I like about “see the target, shoot the target,” is that it takes thinking out of the equation. One sure way to mess up a shotgun shot is to overthink it. While it is fine to think about ways to shoot better and skills to develop when you’re not shooting, the last thing you want is to have a bunch of conscious thoughts running through your noodle when you’re pulling the trigger.

Here’s an example most everyone can relate to. When you’re having a hard time connecting on clay targets—like a hard crosser—the instinct for a lot of folks is to check their lead. This thinking causes the shooter to take their focus off the target, transition their focus to the front bead on the shotgun and then go back to the target. Invariably, what happens is that the shooter slows down (and in some cases) stops their barrel swing. It doesn’t take a genius to realize that this is not conducive to breaking the clay.

If you don’t believe me, the next time you’re shooting clays with a friend, have them check their lead while trying to maintain their barrel swing. They can’t. And neither can you.

So, the better you see (and the less you think) the better you’ll shoot. One thing I recently added to my bag of tricks to help this effort is a new pair of shooting glasses from RE Eyeware. I’ve been a fan of RE’s Ranger glasses for years. They make some of the best shooting glasses out there and hardcore shotgunners swear by them. Their open shield designs, coupled with high-quality lenses give shooters an excellent and unimpeded view of the targets.

RE’s latest innovation is the Riact A.I. lens technology. According to RE, this is the first time they’ve used artificial intelligence to design, test and optimize a lens. These lenses, they say, offer improved depth perception, boost target colors to enhance focus, and yet maintain a balanced overall sight picture by reducing color saturation. The brightness of the lenses also automatically adjusts depending on the light conditions, enhancing their utility.

I don’t have any way to verify the tech behind these lenses, but I do believe my eyes. I have a pair of the Falcon Pros with the bright Riact A.I. lens and it does make orange targets pop like no other shooting glasses I’ve ever worn. And, true to RE’s claims, the overall image is not over-saturated.

I’ve been very happy with the bright light lens and think it is the best all-around choice if a shooter were to choose just one lens to go with. The only time it really struggles is in fading light.

This technology doesn’t come cheap. A full frame kit with all three lenses runs $879. But if you already have one of RE’s frames you can purchase Riact lenses starting at $249. Yeah, they are spendy. But if you want to take the maxim see the target, shoot the target to heart, they are worth it.