How to Fine-Tune Your Dope for Long-Range Shooting

How to tweak a ballistic calculator for ultimate long-range accuracy 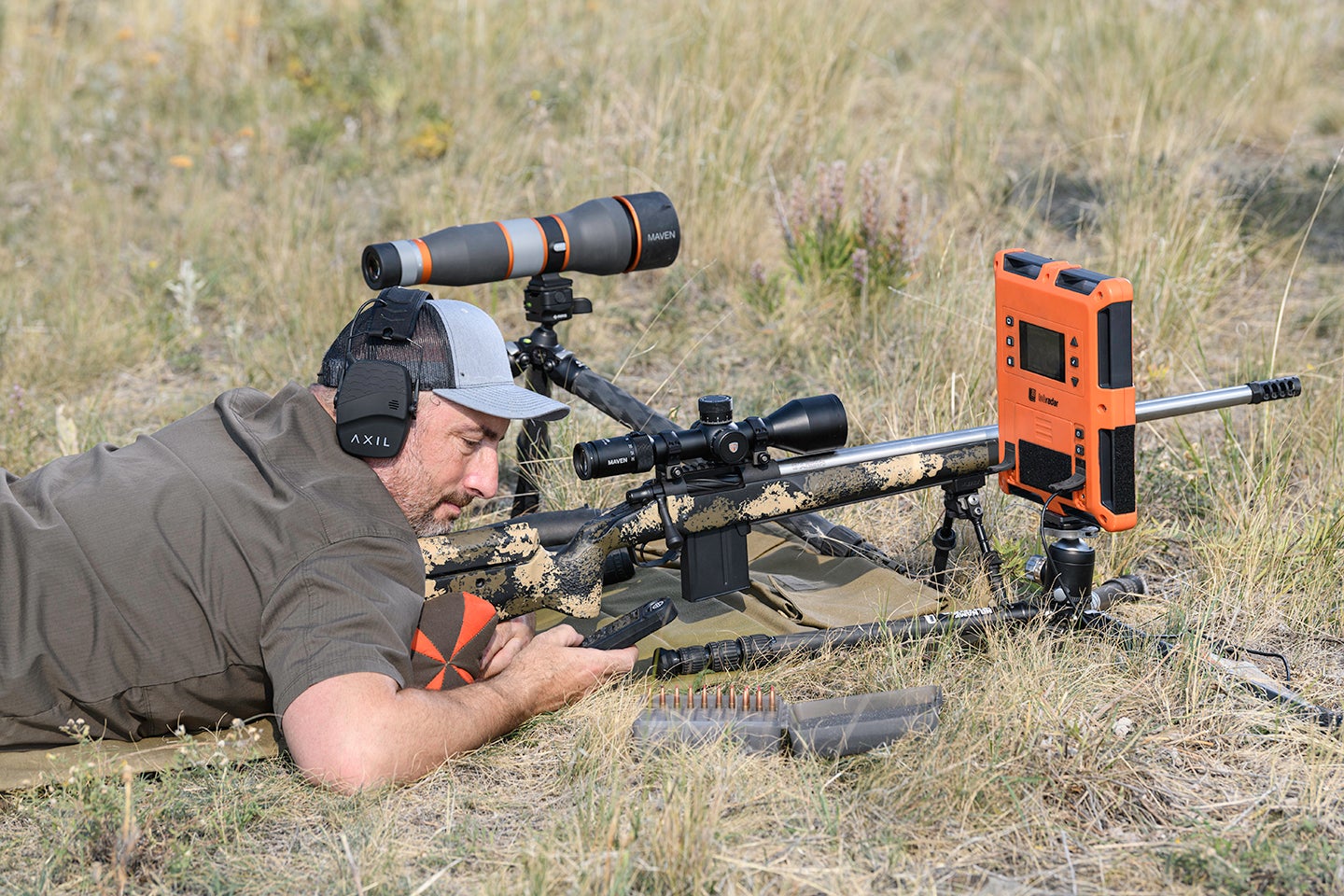 The process of fine-tuning long-range dope involves tweaking the muzzle velocity and bullet BC that the shooter has put into his or her ballistic calculator. Bill Buckley
SHARE

Once you’re set up your ballistic calculator with the best data you were able to gather, you’ve taken the first step toward dialing in your rifle for true long-range accuracy. Unless you got really lucky with your variables that first go-around, there’s still work to be done.

Now, if your shooting is limited to 600 yards, you might be able to roll with that data and be close enough. But if your goal is to hit consistently at 1,000 yards and beyond, tweaking your data is part of the game.

This is the routine I follow when prepping for ELR shooting matches where the average target distance is 1,100 yards and some steel is out to 2,200 yards.

Executing this full protocol requires that you set paper targets at distances from 600 to 1,700 yards. If you don’t have access to a place to shoot that far—and many don’t—you can cut the distances and number of intervals down to accommodate your range restrictions.

A Note On Long-Range Shooting Gear

To shoot accurately at these extended ranges necessitates having gear capable of doing so. Being able to place five shots through your rifle at 100 yards that print groups .75-MOA or better every time is the bare minimum. Many rifles can do this. If your rifle groups .5-MOA consistently, you’re in good shape.

The other requirement is ammo that delivers consistent muzzle velocities. There’s a lot of hot garbage on the internet about what top-notch extreme spread (ES) and standard deviation (SD) looks like. If your ammo—either factory or handloaded—gives you SDs in the low teens or better over the course of 10 to 15 shots, that’s good. If you’re in the realm of single-digit SDs, there’s no need to mess with your load development any further.

Having a quality FFP scope with turrets that adjust correctly is also key as is having a good bipod and rear bag to support your rifle in the prone position.

It never hurts to reconfirm your 100-yard zero with a couple shots before stretching it out. Once that’s done, place a paper target at 600 yards with a well-defined aiming point. Because wind often comes into play, I’ll usually place a steel target a few yards to the side to establish the right wind correction before shooting a group.

Shoot a five-shot group on the paper and go measure the vertical offset from your aiming point. If your shots are trending high, you’re going to have to bump up the muzzle velocity in your ballistic calculator to adjust. The opposite goes if your shots are low.

Mark your shots on the paper and do the same thing again at 800 yards, fine tuning your muzzle velocities.

The reason we start tweaking MV rather than BC is that variations in BC don’t really start showing up until beyond these distances.

Now, when you make your paper target, you’re going to want to make it big. A cardboard wardrobe box cut along the edges and laid out flat is a smart option. At any rate something that is five-by-five feet is about right.

At these distances on paper you’re going to do the same thing as before. Shoot 5 shots and carefully measure the vertical offset from the point of aim. At this point adjust your bullet’s BC to get your predicted point of impact match with what you’re seeing on the paper. After this, you can repeat the drill at longer distances.

The distances I’ve discussed are not set in stone. The bigger point is to shoot somewhere at the intermediate distances of 600 to 800 yards to tune muzzle velocities and then shoot longer to tweak BC. As you extend the distance, you want to do it in 200- to 300-yard increments. If you jump more than that between targets, you’ll likely end up frustrated by your data.

Pay special attention to the wind. If you’re in broken terrain with lots of gullies and elevation changes you can get wind that will push your bullet up or down, which can nullify this exercise. Lastly, make sure you record all your shots in a notebook. At the end of the exercise, you should compare your final dope with the results you were seeing at 600 and 800 yards. All that data should line up. At this point your rifle and ammo are tuned for real long-range work.

In the last installment in this series, we’ll look at how to put these long-range skills into practice while hunting and in competition.

• Getting the Most Out of a Precision Rifle Scope

• How to Use MOA and Mil reticles for Long-Range Accuracy