Q&A with a Precision Rifle Shooter: Here’s How to Get Started Competing in Matches 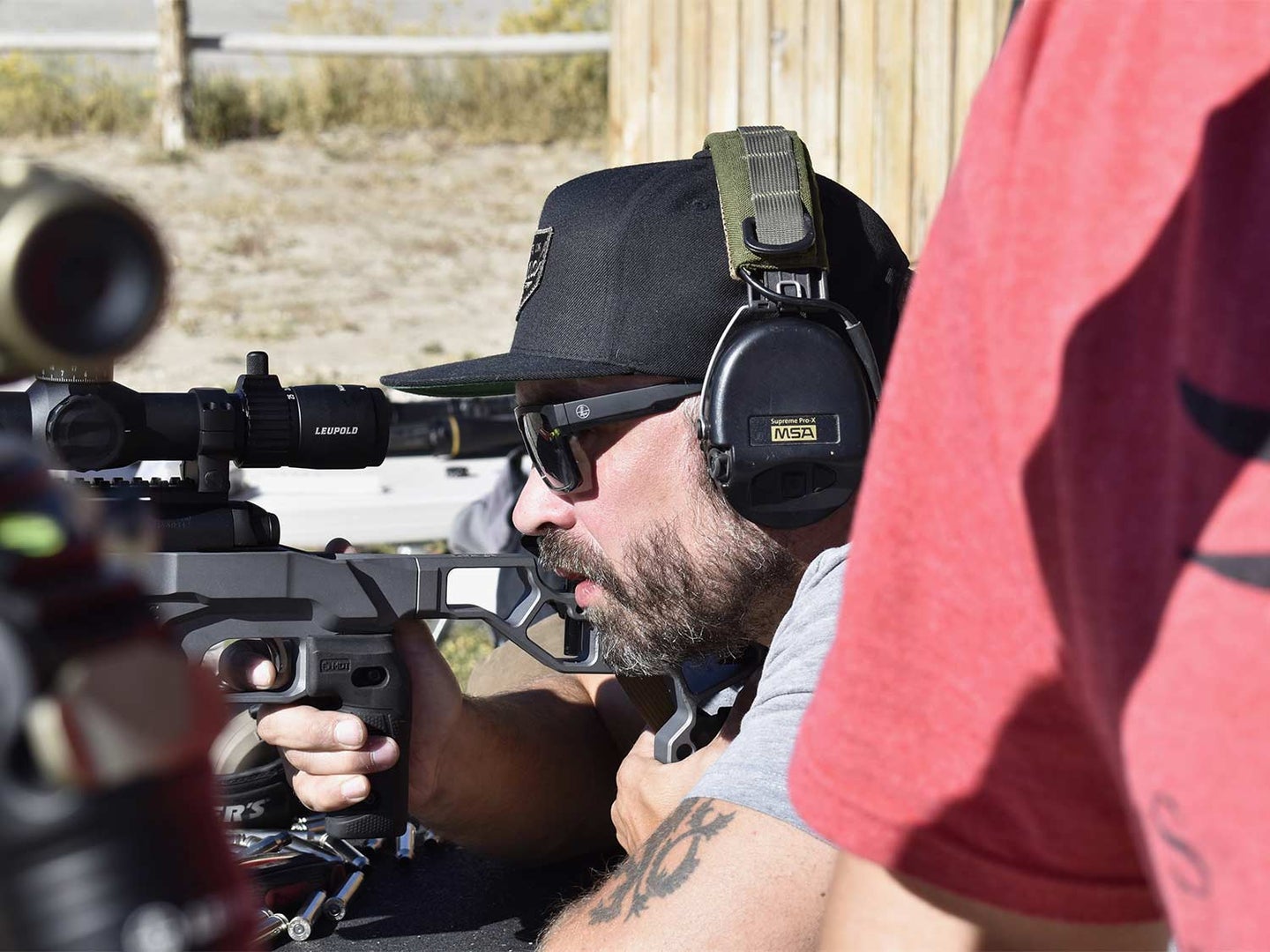 Precision rifle matches have taken off across the U.S. But if you’re a novice rifleshooter or a Midwestern deer hunter, who has never taken a shot beyond 150 yards, getting into the precision game can seem a daunting endeavor. And even if you are an experienced shooter off a bench or prone, that experience doesn’t necessarily translate to shooting well in a precision match when you’re on the clock.

This week I learned the basics from Nic Kytlica of Leupold, who has been shooting national precision rifle tournaments for the last three years. After spending a week with him in Utah, I was hitting targets out to 1,500 yards. Before our time on the range, I had never shot beyond 500 yards.

If you’re interested in precision rifle shooting (and you should be), here is what you need to know—and what you’re getting yourself into.

Outdoor Life: If I want to shoot a precision rifle match, where should I start?

Nic Kytlica: You can start shooting one-day club matches at a small, local range. They only cost about $50 or $60 and they aren’t as intense as a national match. Plus if you’re a novice, a lot of more seasoned shooters will be willing to help you at each stage. I think you will find that this community is very welcoming to new shooters. A newbie isn’t very likely to win a precision match, so there’s no worry from seasoned shooters about helping that guy learn.

The National Rifle League has some awesome YouTube videos that show people shooting actual matches so you can get a good idea of what you’re getting yourself into. There are also some great podcasts out there to prepare you for your first match.

OL: What should I spend on a rifle setup as an entry-level shooter?

NK: You absolutely get what you pay for, and the amount of money you spend on a rifle and optic makes a difference to a point. In terms of production rifles, I know shooters that run Tikka actions with an aftermarket barrel or a Ruger RPR is a popular gun. The Savage we shot this week is a good gun to get started with too. If you want to step up and go with a full custom build, Masterpiece Arms and Proof Rifle System are a couple companies that make $3,000 to $5,000 rifles.

OL: What are the most popular calibers for precision rifle matches?

NK: I shoot a 6.5 Creedmoor through a 26-pound gun. The reason for that is when you’re shooting a precision match there’s no one to spot for you. When you shoot, you need to see where that bullet hits in case you need to adjust. With that round and rifle, I know I will be able to see where my bullet strikes the target. But a lot of shooters are using other 6mm ammo. You need a to be able to see the bullet impact. So lighter recoil is important, but you also need more bullet velocity if you shoot a lighter bullet, like a sub 100-grain cartridge. Because the wind will play more havoc with a lighter load. That’s why 6mm loads have become so popular.

OL: What about riflescopes? Do we need a high magnification optic in order to make more precise shots?

NK: Having a high magnification optic is a misnomer. I never touch my scope’s magnification in a match. I just run it at 18 or 19, because if you crank that power up too high, it’s really hard to find targets as you move from station to station and you’re on a clock. In some matches the targets are actually hidden by brush or something else, and it can be tough to locate them. I think the sweet spot is a 3-18 or 5-25 magnification scope.

OL: Do I have to spend a lot of money on ammunition to practice and get myself ready?

NK: Not really. You can practice dry-firing in the garage off ladders and step stools, anything you can find, because precision rifle matches require you to shoot from a variety of positions. Now when you do go to shoot live ammunition, don’t shoot off a bench because that won’t help you at all. You can be really accurate off the bench and it won’t matter in a match. That’s one thing that frustrates new precision shooters. They think they’re good, but then they shoot precision and they aren’t because the shooting is so different.

OL: How do you make the leap from being just an average precision shooter to wining matches?

NK: The ballistics are pretty straight forward, it’s making wind calls and knowing how to shoot from different positions that separates good shooters from great shooters. In every match you will get a book that tells you how far away each target is, so you will know how to dial your scope for each station. But wind and how you approach a target from a shooting position are the variables. Here’s an example: I was shooting a match where there was a barbed-wire fence that acted as a sort of barrier for targets from 900 to 1,400 yards. You had to shoot through the wire essentially. Every other shooter approached it the same way, but I decided to use a tripod and spread the legs out so wide that I could lay on my chest and put a pack under me to get as steady as I could. That’s the great part about precision shooting, you can bring your own style to it and it can make all the difference when you’re shooting for score.

Read Next: The 6 GT Is a New Top Cartridge in the Precision Rifle World

OL: I know I am going to struggle, so what are the biggest mistakes you see rookies make?

NK: Timing. You’re going to be slow to start out, and that’s good. You need to go slow and the speed will come. Don’t get discouraged if you run out of time when you’re shooting. Also, in precision shooting you don’t put the gun on safe; you just leave the bolt open when you move between targets. A lot of shooters struggle with that. You have to focus on breathing too. It’s nerve wracking. You’re being timed, people are watching you…it’s a high-stress environment.

OL: What other gear do I need to make more accurate rifle shots in a match?

NK: You need a good bag to shoot off of, and a good tripod. Tripods are really critical, not just for setting your rifle up in the conventional manner, but also for rear support. You’re going to be shooting off a bunch of different objects and you can use a tripod as a rear support. You just wrap your hand around one of the legs of the tripod and set the stock on your hand. It’s incredibly steady. The only drawback is if you’re moving around from station to station, it can get tough to move all your gear quickly.

OL: I am a hunter first, is precision shooting going to actually help me?

NK: Yes. It’s going to make you a much better hunter because it will teach you to shoot from so many different positions and off many different objects. Plus, it’s stressful, just like the feeling you get when an animal is in your crosshairs. Anyone with a little experience can shoot a sub-MOA group from a benchrest, but precision matches teach you to do that from a variety of unconventional angles and off objects you might find while hunting, like jagged rocks.