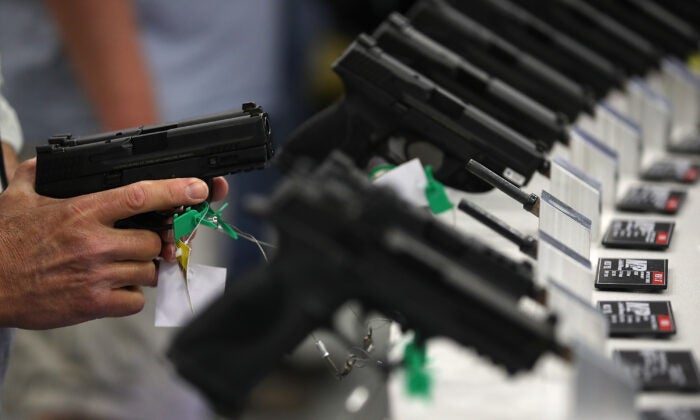 “The ammunition shortages continue,” said Mark Smith, CEO of Smith & Wesson in a Fox Business interview on Thursday. “There is still a lot of interest in firearms.”.

Smith & Wesson shipped nearly 2.5 million guns last year, up 70 percent from the previous year. Record gun and ammo sales jump-started over a year ago during the pandemic, and accelerated during national civil unrest and rioting, according to FBI data. Over 17 million firearms were bought in 2020, reports Fox Business. Over 8.4 million new gun owners purchased a firearm in 2020.

READ NEXT: How to Buy Ammo Online Without Getting Ripped Off

While guns and some ammunition are available today, cartridges for many firearm calibers are scarce, and expensive, according to industry insiders. The Southwick report stated in its survey that 79 percent of participants have reduced target shooting and hunting trips due to lack of ammunition availability.

“Frenzied purchasing and empty shelves often fuel further increases in demand,” said Rob Southwick, president of the marketing firm. “We do not see demand softening in the near future.”

FBI background check data in May showed more firearms were purchased in April 2020 than any prior April on record, with 3.5 million background checks made on gun buyers.