Will the Ammo Shortage Keep Hunters Out of the Woods This Fall?

Shooting ranges are slammed and retailers are still trying to source ammo, but there’s hope for hunting season yet 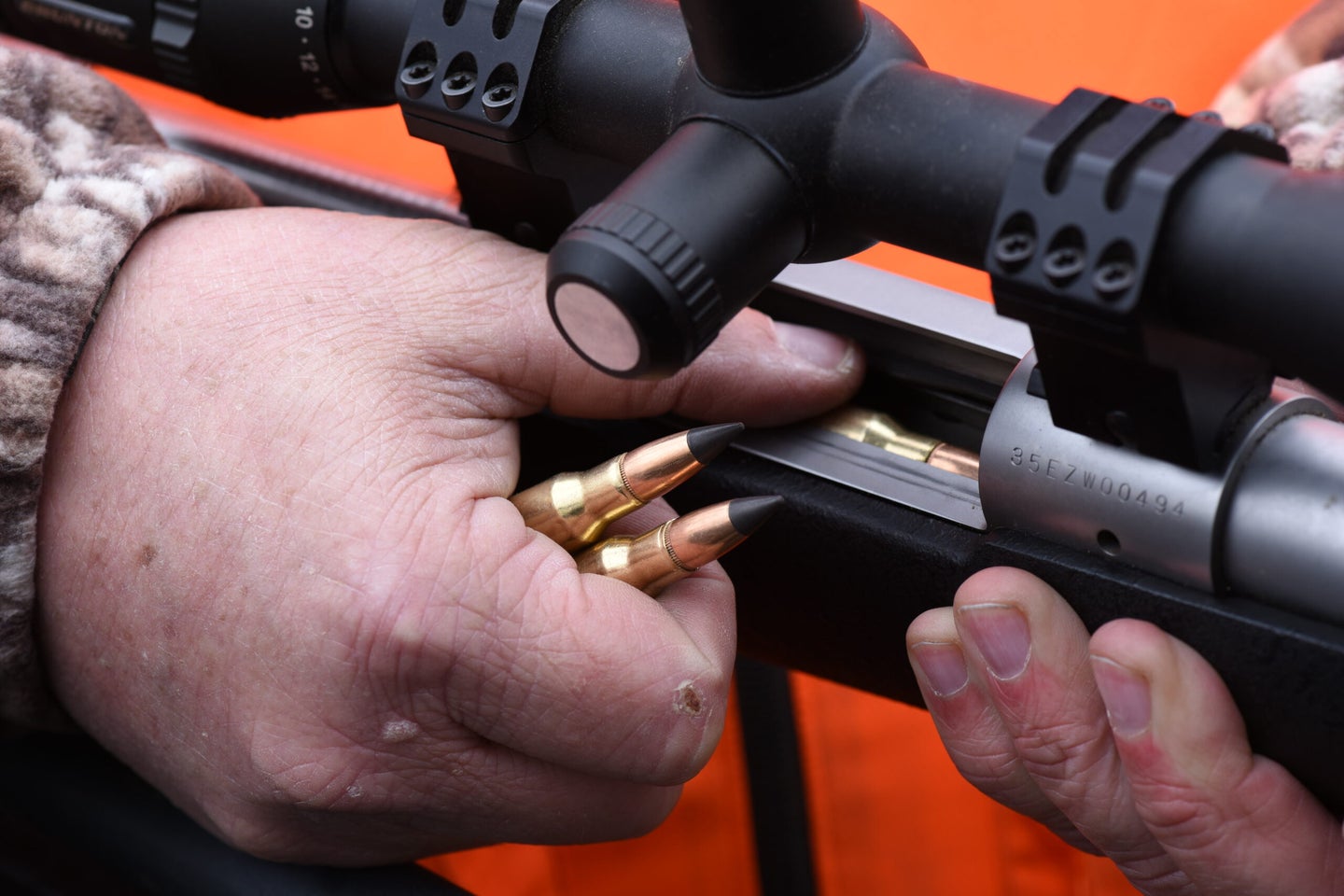 Hunters will have to be flexible about their ammo purchases ahead of hunting seasons. Winchester Ammunition
SHARE

As hunters and shooters are painfully aware, the ammo shortage is still in full swing. The good news is, there are reports that the continuing shortage is easing up, ever so slightly. While it’s still hard to find the exact ammunition you want—and all but impossible to find it at pre-pandemic prices—there’s hope yet that your fall won’t be ruined. Here’s the latest forecast as we approach hunting season.

Hunting Participation Is Up, Despite the Ammo Shortage

As you probably know by now, last year’s Covid-19 lockdowns resulted in a surge in hunter participation. Hunting license sales were up five percent in 2020 over 2019, and a significant portion of that boost was from first-time license buyers. Meanwhile, the firearms industry welcomed more than 8 million new gun owners in 2020.  That influx did wonders for wildlife funding, and has contributed to a surge in shooting range use, according to Chris Dolnack, the senior vice president and chief customer officer of the National Shooting Sports Foundation.

“Shooting ranges are busier than they’ve ever been,” says Dolnack. “I think that goes to some extent to the eight to nine million new gun owners that we have, and that they’re familiarizing themselves with their firearms and seeking training.”

While some veteran hunters and shooters are absolutely curtailing range visits due to ammo scarcity and prices, Dolnack points out that the current ammo market is the only one new gun buyers have ever known, and it’s not stopping them from booking range time. While it’s difficult to tease out how many new gun owners are hunters, we do know that self-defense was the primary driver behind last year’s surge in gun purchases—not hunting. An NSSF survey of retailers conducted last summer listed semi-auto handguns as the top purchase for first-time gun buyers, with traditional rifles coming in second-to-last, just ahead of muzzleloaders.

An April 2021 survey found that out-of-stock ammo issues have caused 50 percent of hunters and target shooters to cancel or reduce the frequency of their trips to the range or afield. This survey, conducted by the outdoor research firm Southwick Associates, also found that only 17 percent of respondents were satisfied with the amount of ammo they had on hand.

One of the other notable takeaways from the survey was that most respondents wanted more ammunition because they were uncertain about the future supply of ammo (72 percent), future restrictions on ammo purchases (70 percent), or future economic conditions (52 percent). Only 26 percent wanted more ammo so they could hunt or shoot more often. Older respondents were more likely to cite future uncertainty as the motivation behind their ammo purchases, while younger hunters and shooters tended to want more ammo so they could participate more often.

The takeaway? The ammo shortage doesn’t seem to be preventing most hunters from heading afield at all. Instead, as the survey suggests, it’s preventing hunters from going as often as they’d like. That’s not necessarily bad news from a license-buying and public-land crowding perspective. But we’ll need more research to know for sure what makes or breaks days afield this fall hunting season. As hunting ammo becomes slightly more available for the second fall since the ammunition shortage began in March 2020, it will also coincide with easing Covid-19 restrictions across the country. Many hunters will be back in school or at work this season, and that will likely impact hunter participation, too.

Sporting Retailers Are Experiencing Some Relief

Yes, manufacturers are still cranking out ammunition as fast as they can, and no, the military isn’t buying up your deer loads. Scalpers might be continuing to drive the shortage, and yes, people are still hoarding. But it seems that the edge is gone from the previous insatiable demand.

“I think the dust is starting to settle on that,” says Sprague. “We’re starting to get guns back in stock, but the relative availability is still terrible compared to normal just to go in and get what you’re looking for on a day-to-day basis.”

On any given day before Covid-19 hit, Sprague says, premium multiline distributors who carry everything for the shooting sports might have 70 to 80 percent of the guns and ammo they try to carry in stock.

“Right now they’re on 4 percent for both categories, and it’s been that way for a while,” says Sprague. “I think hunters will be able to find the hunting ammo they need this fall, but they may not be able to practice as much as they’d like to, because of the selection and normal breadth of what we normally carry on the shelf. It’s just not there.”

Sprague’s Sports removed some of its per-customer limits on ammo purchases, like range ammo, while others remain in place, such as the restriction on shotshells, which are currently set at 50 shells per customer, per day.

“We still are hopeful to get some better deliveries, but I think people will still be able to go hunting. They may only be able to buy another ammo for that day versus, you know, stocking up a little bit, like instead of getting two flats or two cases of shotgun shells, it might be two boxes that day.”

Meanwhile, hunting loads often don’t hit the shelves at Sprague’s Sports. Even though deliveries are arriving daily, there’s usually not enough surplus to go on the showroom floor.

Read Next: The President of Black Hills Ammunition on Making Ammo for the Military, Price Gouging, Shortage Conspiracies, and More

“What we have we’re saving for gun sales, or for people who we know have a permit to hunt, or a tag for a hunt. And we’re able to do that because we’re a smaller store. I’m a hands-on owner operator and I’ve got a good team,” says Sprague. “We want to make sure that our hunting customers can get ammo. Now, they may not be able to come in and buy five boxes, but they can get a box or two.”

Even so, new hunters and hunting gun owners might be at more of a disadvantage to navigate the empty shelves leading into hunting season.

“If you’ve been hunting for any time, chances are that you have more than just a couple of boxes of ammo for each caliber that you have,” says Dolnack. “You might even have different loads for each, depending on what game you’re hunting and where you’re hunting. So if you’re starting from scratch and ammunition is in short supply like it is, it certainly could be challenging.”

“Hunters who are going on a special trip out West or something they don’t do all the time…they don’t have the supply that they would on that ammo,” says Keffer, noting that the Sportsman’s Shop has also been holding ammo for customers who purchase new guns, use the range, or take training classes. “We’ve had an influx of people in that situation.”

A Shot in the Arm from Big Green

While most manufacturers have maxed out their production capacity to address the shortage, reinforcements have arrived now that one major ammunition company is back at full capacity. Remington announced last week that their ammunition is back on shelves across the country, now that their Lonoke, Arkansas, factory is running full tilt.

“If you look at history, there’s kind of the Big Three: The Federals, Winchesters, and Remingtons of the world. I’d throw our friends [at Hornady] in the same boat these days, too. There’s not a ton of us out there,” says Joel Hodgdon, marketing director for Remington Ammunition. “If you remove one of those, like Remington, from market and you take all that capacity and production out of the market, it’s only going to exacerbate a shortage. Now that Big Green is back up and running, those machines are going again, the factory is going again, we’re hopeful it’s going to really help the ammo shortage. We’re making more and more product, we’re hiring, tooling up, and doing everything we can to get more ammo out the door. It feels like a bottomless pit of demand right now, and I know people are still hungry for ammo. But getting Remington back in the game is going to help hunters and shooters find what they need.”

Though Remington declined to specify how many states or stores are receiving shipments, both Sprague in Arizona and Keffer in Pennsylvania say they’ve received shipments of Remington, with the first boxes arriving in April and June, respectively.

Despite the continued difficulties, sources say, it’s still not too late to find the hunting loads you need for the fall. If you haven’t already, start looking now—both online and in stores—and don’t stop until you find what you need for your fall hunts. Talk to friends and family, who might be able to spot you this season, and don’t be afraid to go to the gun counter at your local sporting goods shop and explain what you’re looking for.

“If you have a relationship with a particular retailer, like where you purchased your firearm, tell them what you’re looking for,” says Dolnack. “Just like with firearms, there are waitlists. When that product comes in, it never sees the shelf. The person gets a call and then they come in and purchase it.”

Finally, be flexible when it comes to purchasing your hunting ammo.

“It is going to be a challenge, and people may have to deviate from their tried-and-true, number one choice of ammunition in a certain caliber,” says Sprague. “They have to be prepared to accept another option.”