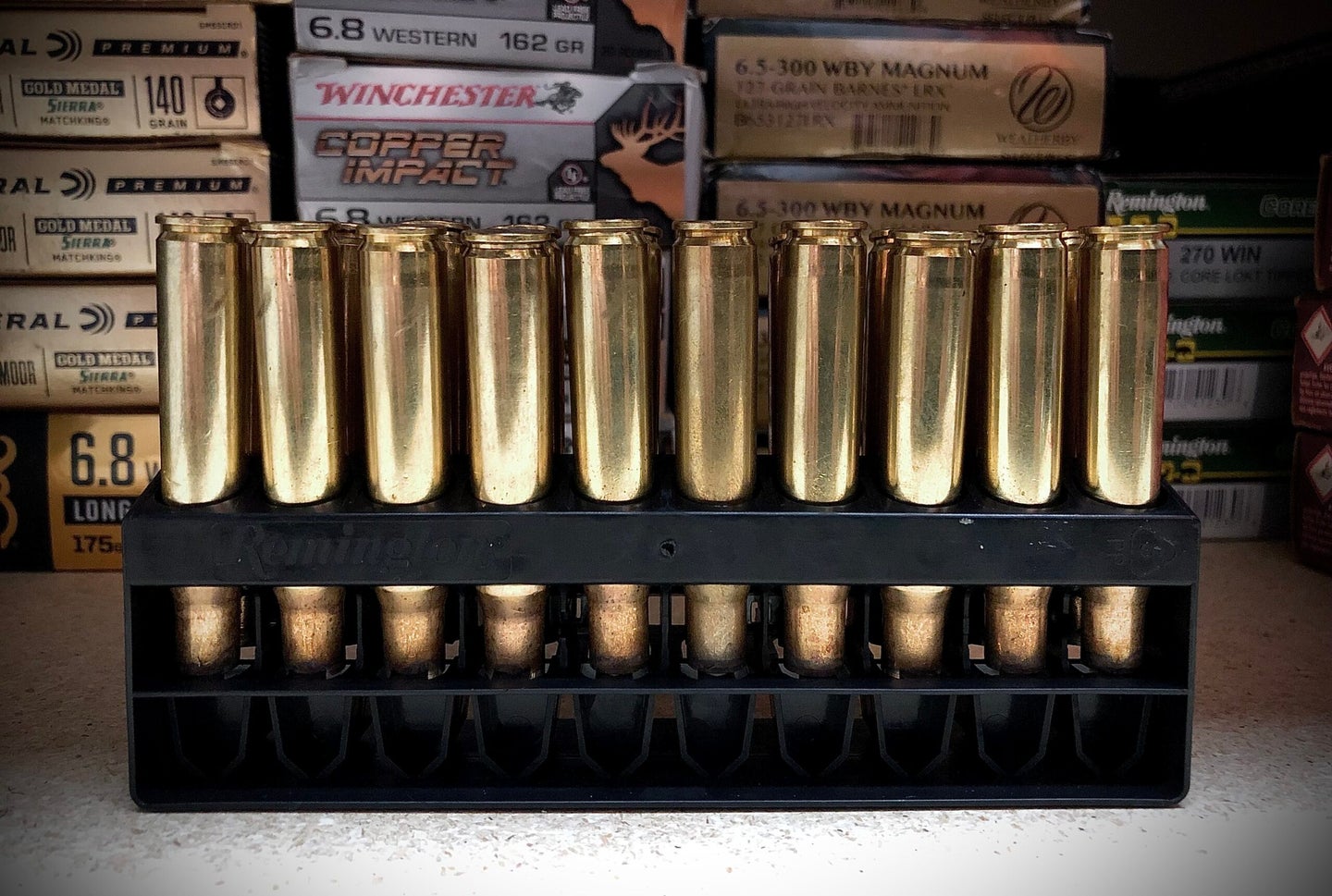 Be extra careful when shopping for ammo online these days, and stick with legitimate, trusted retailers. Alex Robinson
SHARE

It’s been more than two years since the start of the COVID-19 pandemic, which threw global supply chains out of whack and kicked off a firearms and ammunition buying surge. The firearm industry had a record-setting year in 2020, which saw 8.4 million new gun owners and an estimated 21 million background checks conducted specifically for firearms sales, according to the National Shooting Sports Federation. All those new gun owners needed ammunition, and ammo became scarce on store shelves—many types of ammunition remain scarce.

The years-long ammunition shortage changed the way many hunters and shooters purchase ammunition, with more and more purchases moving online. This shift has opened a window of opportunity for ammo scammers, who operate by setting up fake websites that offer hard-to-get, name-brand ammunition at rock-bottom prices. These scam sites lure in unsuspecting consumers, take their money, and then never deliver the goods.

There are dozens of these websites out there, and while legitimate online retailers are working to keep the scam sites off the web, industry insiders say they aren’t going away anytime soon. Here’s what you need to know so you don’t get ripped off on your next online ammo purchase.

Outdoor Life spoke with a representative from an industry-leading ammo manufacturer who says that ever since the nationwide ammo surge began in 2020, scam websites have been popping up on a regular basis.

“It’s really been over the past couple years … and they’re getting more sophisticated,” said the representative, who asked not to be identified since he wasn’t cleared to speak on the subject.

Here are four examples of scam websites that were still live within the last few days: federalammunitions.com, shopremingtonammo.com, remingtonammos.com, and winchesterammosales.com.

These sites should not be confused with legitimate websites of federalpremium.com, remington.com, or winchester.com, which are the manufacturers’ actual websites that sell ammo directly to consumers.

The scam site developers do their best to use URLs that are close to the legitimate URL of name brand ammunition. They also use similar branding and imagery (which they steal from the web) to confuse would-be ammo purchasers who are unable to find the ammunition they need from their normal, trusted suppliers.

These four examples are also just the tip of the iceberg. It would be impossible to round up all the scam ammo sites out there, but a quick visit to a couple hunting and shooting forums reveals plenty more.

The ammo manufacturer representative we spoke to said they’ve been able to get many of these scam sites taken down by contacting web hosting companies like GoDaddy or Bluehost, which act as “internet gatekeepers.” And since the scammers are often stealing legitimate logos and product photographs from the manufacturers to make their websites look authentic, it’s been easy for legal teams to attack these scammers from all angles. But it’s impossible to track and eliminate them entirely.

Sometimes web hosting companies can track scam websites back to specific IP addresses, and this often leads them to specific bad actors who are running the same scheme over and over again.

Outdoor Life reached out to both GoDaddy and Bluehost to try to learn more about who these scam website developers are. Neither responded to requests for comment, but a little digging reveals that the scammers are almost certainly operating from overseas.

Neither winchesterammosales.com nor federalammunitions.com list an address on their sites, but a closer look at the text on these websites reveals plenty of grammatical errors and awkward sentences. Here’s an example of a paragraph found on the bogus Federal site:

The robust shotshell portfolio including the innovative, high payload weight, Black Cloud line continues upon the traditional Federal motions at play. With regards to this in the hunting and conservation spectrum, Federal figures that a more effective, better performing ammunition leads to a better conservation effort by individuals and contributes to better national habits in maintaining a comfortable wildlife population for future hunters to enjoy.

So, while it might be impossible to stop ammo scammers from finding their way onto the internet, it’s easy enough to spot and avoid these scam sites when you know what to look for.

The first red flag is when the website doesn’t offer a legitimate way of taking payment. None of the scam sites mentioned above will accept credit cards. Some require payment only in cryptocurrency, while others will let you “check out” using a third-party service like Zelle or CashApp.

The whole point is for the scammers to make it difficult to impossible for you to get your money back.

Which brings up another red flag. These scam sites, unlike legitimate ammo dealers, will say that they allow you ship your order to all 50 states. But there are at least six states that currently have laws restricting online ammo purchases. California and New York require point-of-sale background checks on all ammo purchases, while Connecticut, Illinois, Massachusetts, and New Jersey require residents to show proof of their license or permit to buy ammo online.

Other major red flags include:

But perhaps the biggest red flag is when a scam website’s offerings are simply too good to be true.

“Your first hint should be that everything is in stock,” the ammo manufacturer rep says. “They also let you buy as much as you want, and it’s really cheap.”

Any major and legitimate ammo retail website is dealing with supply issues right now. Some ammo SKUs will be available, others won’t. So, if a site states that every single product is available, then you’re likely on a bogus page.

Use Legitimate Websites for Ammo Purchases

Make sure to review our guide on how to buy ammo online without getting ripped off, and use trusted online retailers, which there are many of:

It will likely take some searching between these sites to find exactly what you’re looking for. But the search will be worth it, because when you do finally purchase the load you’ve been hunting for, it will actually arrive.