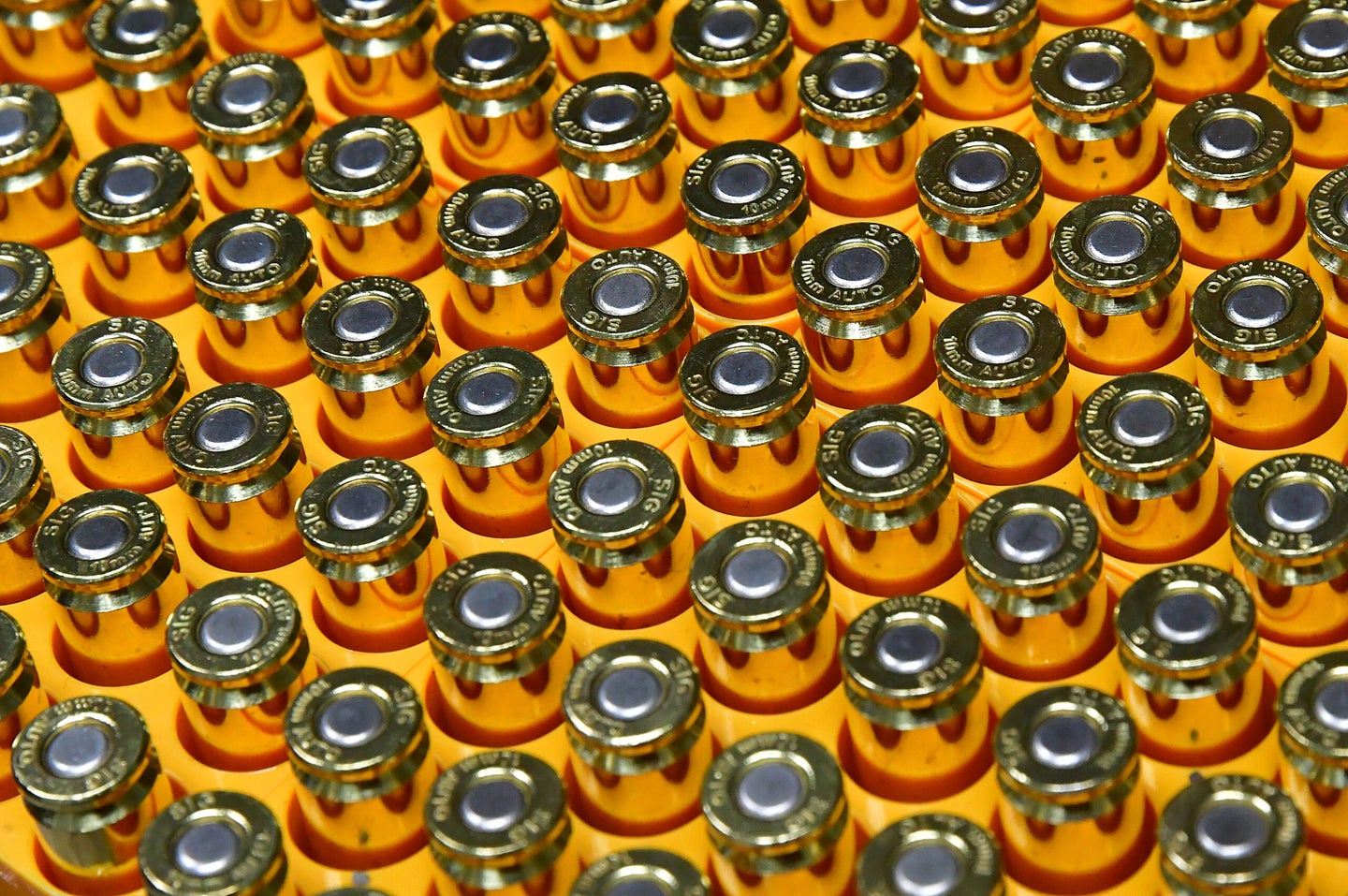 Independent gun shops, which are the backbone of the shooting sports industry, have had to weather a perfect storm of challenges for the last two years.

First came the COVID-19 pandemic and government mandates in some areas that effectively shut down firearms businesses for a time. The pandemic’s onset coincided with an unprecedented spike in demand for guns and ammunition in the wake of widespread social unrest. Some 8.4 million people became first-time gun owners in 2020, and ammo makers simply could not keep up with demands of those new customers. That shortage continues despite Herculean efforts by manufacturers to ramp up production (raw materials still remain scarce).

While an increase in gun sales was good news for retailers, the country continues to experience supply chain disruptions, labor shortages, and a 40-year-high rate of inflation. The shooting sports industry is not immune to this, and it’s likely the ammo shortage will continue for much of this year, maybe longer.

To find out how small retailers have been impacted by the ammo shortage, we spoke with gun shops in different regions of the country. From California to Vermont, and Montana to Texas, most had the same thing to say: They have struggled for two full years to obtain ammunition and continue to do so.

The experience of Art Bridge, who owns Bridge Sportsmen’s Center in Paso Robles, California, is somewhat typical. Bridge says his shop was first impacted by the ammo shortage shortly after COVID-19 began in March 2020.

“We had a pretty big inventory of ammo at the start and sold almost completely out within about a month,” Bridge says. “Ever since then, ammo has only trickled in from my normal suppliers. Just in the last month or so I am starting to get closer to normal supplies of the most popular pistol ammo: 9 mm, .40 S&W, and .45 ACP, as well as .223 and 5.56 mm. The rest of the ammo, including non-lead hunting ammo, which is required in California, is almost nonexistent.”

The situation was much the same in Helena, Montana, according to Capital Sports’ Dave Tobel, who says his store had little big game or shotgun ammo going into last hunting season, and the most popular rifle cartridges have been the most difficult to keep on the shelves.

“As soon as we get product, it goes out the door,” he says. “Powder and primers are the hardest to get. We have been out for several months.”

The ammo shortage has also made it challenging to maintain good relationships with customers. Shops had to raise prices of ammunition as distributors raised prices, and customers weren’t pleased. Some were angry they couldn’t find the ammo they were looking for, and accused the shops of price gouging. While that undoubtedly happened with some merchants, it wasn’t the case with the dealers I contacted. Daniel Mitchell of Sporting Systems in Vancouver, Washington, said he raised prices only to match the increase in prices passed onto him by suppliers.

Jason Seiple, of Seiples Shoot Shop in Belmont, Vermont, says the ammo shortage actually increased his revenue because it increased foot traffic to his store, but he still had to increase prices.

“Raising prices with the market helped slow the movement of ammo,” he says, “which is good when getting hundreds of calls a day all looking for the same stuff.”

Consumers were also unhappy when shops began to ration the amount of ammo a customer could buy. Some held back ammo just so people could get a couple of boxes with a new gun purchase, while others limited how much they sold to each customer to ensure that as many people as possible could obtain some ammunition. In some places, forced pandemic restrictions, such as limiting how many people could be in a store at one time, caused tempers to flare because patrons were anxious to get their hands on new ammo arrivals.

Still, it was not all doom and gloom. Some retailers have fared better than others, including Nagel’s Gun Shop in San Antonio, Texas. Third-generation owner Robert Nagel Jr. says he had to boost manpower to deal with large product shipments and a drastic increase in the volume of ammunition sales. His customers were happy to be able to get ammo at a time when others across the country were not, and he attributes that to having great long-term relationships with suppliers.

“Vendors and relationships were already in place, but that comes with eight decades of business history,” he says. “It was a matter of ramping up orders and allocating substantial funds to maintain those orders as they were processed. Very frequent communication, both day and night, with vendors became the norm.”

At another Texas gun shop, the Armadillo Gun Store & Range near Dallas, loss of revenue from ammo sales has been offset by an increase in people signing up for concealed carry classes.

“We’re a mom-and-pop store,” says manager Lucy Baxley. “We’re a gun range as well. People aren’t shooting as much, but they’re shooting when they can find ammo. Pistol ammo has gotten a little better and prices went down a little, but we just can’t find rifle ammo anywhere. We’re just doing what we can to try to make sure everyone has what they need.”

It’s unlikely that ammo prices will return to normal levels anytime soon. In fact, they may never go back to what they were two years ago.

“The manufacturers are telling me that things probably won’t get back to normal until sometime next year,” Bridge said. “The way it usually happens is that as things become more available, the prices come down, but I don’t think prices will ever come down to pre-COVID levels. Supply is getting a little better on some things, but it’s going to be quite some time before things resemble normal.”