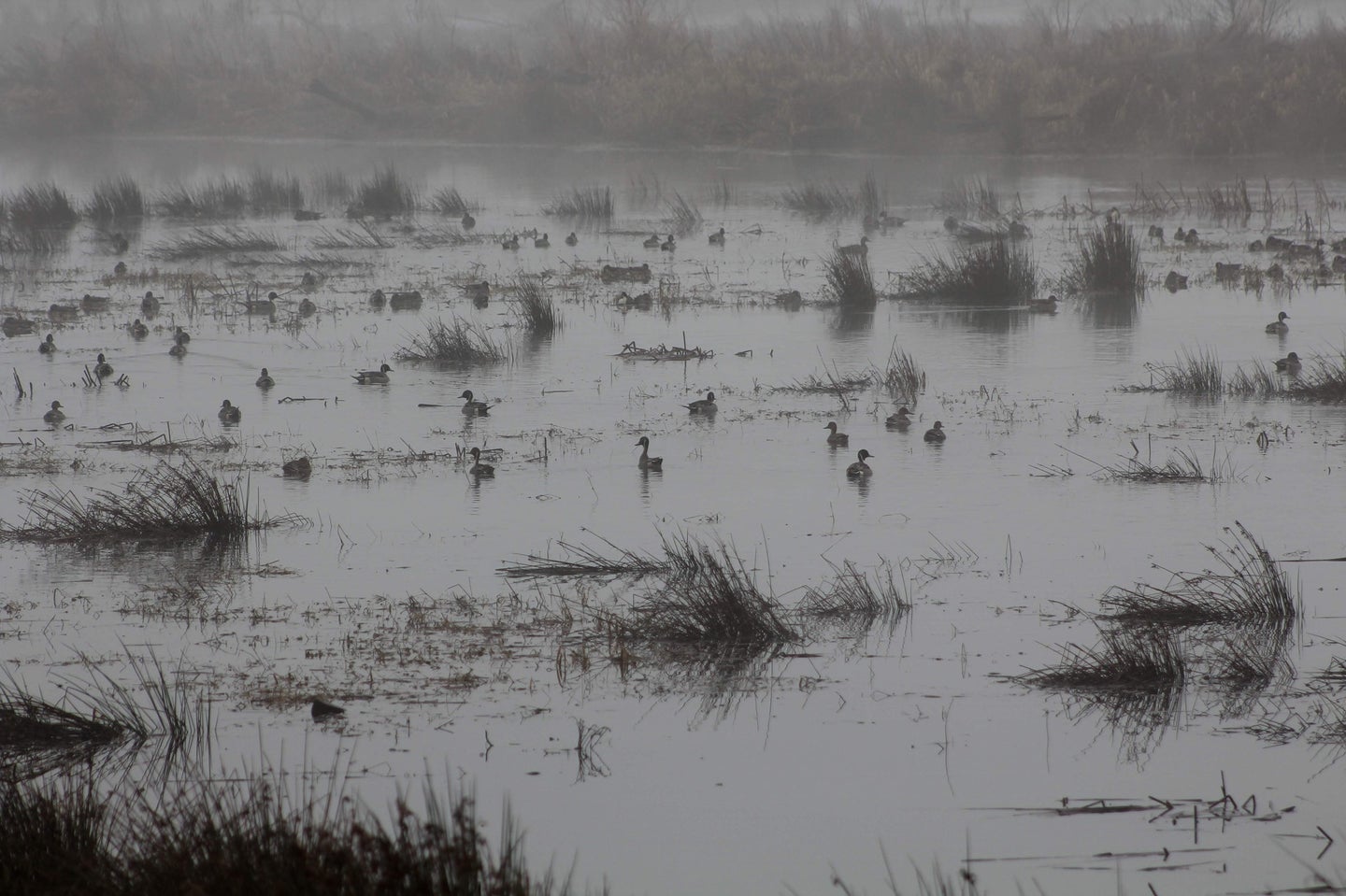 The California Waterfowl Association is hoping to save ducks and geese.
SHARE

With a salmonella outbreak in eight states already under investigation by the Centers for Disease Control, officials are watching in California for another disease that impacts waterfowl.

Botulism killed thousands of waterfowl and other birds last year on two national wildlife refuges near the border of California and Oregon. Some estimates were as high as 60,000 dead birds. The Lower Klamath Basin and Tule Lake national wildlife refuges were among the first created more than 100 years ago. Millions of waterfowl and shore birds, along with songbirds, migrated along the Pacific Flyway into the two refuges and beyond.

Today, between severe restrictions on water flowing into and out of the refuges and a crippling drought that shows no sign of letting up, the refuge marsh23es are going dry. Summer heat creates stagnant pools and botulism develops—among other diseases—affects the birds and other wildlife.

The California Waterfowl Association, however, is attempting to do something before summer arrives, while also hoping for changes from the Biden Administration. The Sacramento Bee reported that the organization is buying water from a local farmer to hopefully blunt or prevent any impact of botulism this summer. The Bee reported that “the wildlife refuges will need help from the newly-elected Biden administration, Congress and from a state that prides itself on environmental stewardship but has done next to nothing over the years to keep the refuges from going dry.”

It’s a classic tug-and-pull between the environment and agriculture. After the 89,000-acre refuges were established, canals were dug to irrigate the marshes and diverted to irrigate valuable agricultural crops. That eventually took a toll on migrating salmon and suckers in the Klamath River above and below the refuges, which also impacted Native American traditions and sustenance fishing.

“We’re mainly really concerned about our fish,” Don Gentry, the chairman of the Klamath Tribes, based in Chiloquin, Oregon, told The Bee. “They’re in the process of going extinct. And we have taken this position that we really need to protect those (lake) levels, especially since they went down last year. And that’s something that we have control over.”

When the marshes go dry, as they did last summer, botulism in the soil thrives in the small bit of remaining water and mucky areas. When waterfowl and shorebirds hammer those areas—the only bit of water or mudflats not covered by vegetation—they’re sickened or killed by the bacteria, which affects the nervous system.

Read Next: It’s Time to Stop Hunting Ducks So Damn Much

The involved parties are waiting to see if the Biden Administration makes the refuges a priority; they say three years of discussions with the Trump Administration yielded no firm results. The possible water purchase from an unidentified farmer could cost as much as $60 million. Now, it’s a waiting game as summer approaches.

“It’s always been this, ‘How do we split it four ways?’ ” Craig Tucker, representing the Karuk Tribe, told The Bee. “And it’s just getting harder and harder, and it looks like the birds, unfortunately, are always going to be last in line.”