Even more than big game, waterfowl and upland birds require careful handling and storage if you want to preserve them... 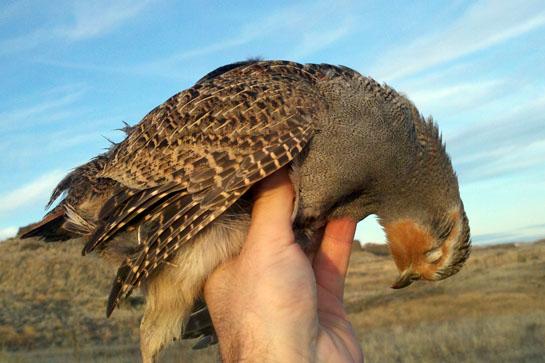 Even more than big game, waterfowl and upland birds require careful handling and storage if you want to preserve them for taxidermy work. Delicate feathers and fragile extremities such as wings, feet, beaks and a neck or head can crease and break much more easily than hair or hardened antler.

While on the phone (paying down my debt) with reigning world waterfowl champion Dale Manning of Custom Bird Works and Big Game Connection in Missoula, Mont., I asked about what hunters can do to care for the birds before putting them in taxidermist’s hands.

Bottom line: the best things you can do to help ensure a good mount is to protect the bird as much as possible from damage and oxygen. “It’s totally dependent upon how it’s wrapped and frozen. A frost-free freezer will suck the life out of them; the air circulating through the freezer to keep it free of frost will draw the moisture out of the birds much faster — not to mention your meat,” said Manning.

In the field, keep that pheasant, quail, chukar, mallard or goose as clean as you can. Manning said to “treat it like you’re going to get it mounted” — don’t let the dog play with it or throw it in the pile with other birds or leave it in the back of your truck (even if it is freezing cold). “The nicer the bird is when you bring it in, the nicer it’s going to be when you get it back,” he said.

That’s a fairly obvious, but caring for them once you’re home is a big concern. Too long in a freezer can lead to freezer-burned feathers and damaged skin — both of which will impact the quality of the mount you hang on the wall.

“If someone knows they’re going to get something mounted but won’t have the money for a year, they need to put wet paper towels around the feet and head. Then they need to tuck the head under a wing, put it in a Ziploc bag and get all the air out of it before sealing it. Then put that in a white kitchen garbage bag and squeeze all the air out of that and it’s likely good for a year or two — longer if it’s not in a frost-free freezer,” said Manning.

Placing the head under the wing protects it from breaking once frozen solid. Dropping the bird or placing something on top of a hardened neck in the freezer could cause it to break. It is possible to repair, but it’s very difficult and will likely leave a line in the feathers — not to mention, it will ultimately cost you more.

If you really want to ensure you’re doing everything you can to protect a bird and its delicate feathers, freeze it in a block of ice. Fill a Ziploc back with water and put your bird in it and then freeze it solid. Entombing it in a block of ice will protect feathers from unnatural bending, extremities from breaking and, perhaps most important, it will keep oxygen from pulling moisture out of the skin and feathers.

“Freezing them in a block of water works great for smaller birds like harlequins, teal and widgeon, but for mallards and other large birds it can be difficult — unless you find some larger bags,” said Manning. “The key is to wash the bird down so that all the feathers and down are wet before you freeze them. Those small feathers and the down will hold air even if submerged, if you don’t get them wet first.”

The block-of-ice treatment will protect them for years — decades even. Manning once mounted a pair of Stellar’s eiders that were stored in this manner for 18 years with no ill effects.

One final tip: Don’t count on keeping a bird for the wall before Nov. 15. Prior to that timeframe, pin feathers abound and will make for a poor mount. (Yes, older birds will feather-out sooner, but keep the date in mind as a general rule)

“When they’re alive and fresh-killed, the pin feathers will hold. But with no blood circulation, when we go to work on them, they just fall out,” said Manning. “As expensive as taxidermy is getting to be, a guy doesn’t want to pay for a sub-par mount.”