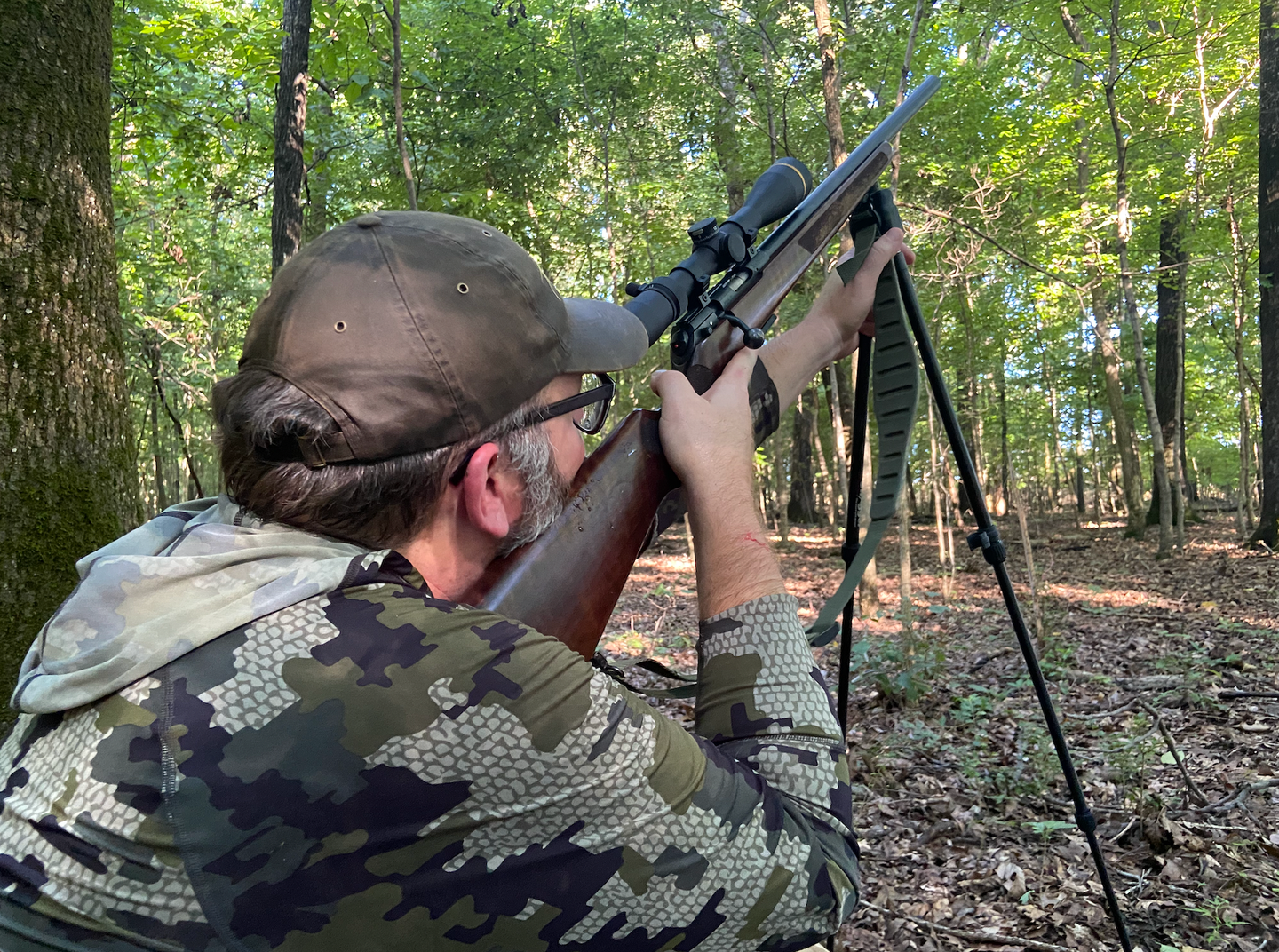 The KUIU LS hoodie was made for hot-weather hunts. Will Brantley
SHARE

I doubt that the product engineers at KUIU had me—a sweaty 6-foot-4-inch, 275-pound squirrel hunter—in mind when they began to design the Gila LS Hoodie. The Gila line, which also includes a neck gaiter and long-sleeve crew neck shirt, is geared toward keeping hunters cool in the heat of early-season big-game hunts for elk, pronghorn, sheep, whitetails, and so on. But I’ve been using it to squirrel hunt on muggy August mornings and afternoons this summer. It’s one of the best hot-weather garments I’ve ever worn thanks to the fit of the hoodie, as well as its ability to wick sweat from my large body.

How Can a Long-Sleeve Shirt Keep You Cool?

I had this same question before trying the Gila hoodie ($69), which comes in three camo patterns and three solids. I’ve worn many of those long-sleeve fishing shirts from various manufactures, and none that I have tried were worth the money because they simply didn’t help keep me cool. They were fine for keeping the sun off my back, but that was it. The Gila hoodie has excelled where those other shirts failed. It’s constructed of a cool-touch fabric (92 percent polyester, 8 percent spandex knit). As soon as you put it on, you automatically feel cooler. It’s not a walking-into-air-conditioning-on-a-100-degree-day type of feeling, but you will definitely notice a difference in temperature.

Now, if you’re hiking on a scorching day, the Gila hoodie won’t stop you from sweating (though I’m sure if you’re in better shape than me it will certainly delay perspiration). But you will sweat less overall. On squirrel hunts at home in Illinois and recently in Kentucky, temperatures surged into the mid-90s, and I was dripping sweat 30 minutes into the hunt. But what’s literally cool about the Gila hoodie is the more you sweat, the cooler you feel. More perspiration actually makes you feel comfortable when the heat index hits 100. Just remember to keep hydrating even if you don’t feel that hot.

Typically, in the early-season, I’ll just wear a T-shirt to hunt, but that gets soaked with sweat quick, and becomes heavy as it absorbs more perspiration. I can actually wring the sweat out of my shirt (yes, I know that’s gross) after a hunt. With the Gila hoodie, there’s really not that much sweat being absorbed by the fabric. It’s definitely there, but it’s able to wick more of it away than any fabric I have worn.

Read Next: The Most Effective Rain Gear for Mountain Hunters Costs Less Than $200

One of my biggest gripes with performance wear is fit. Companies like Sitka, First Lite, and KUIU are essentially taking what mountaineering brands have done for quite some time and bringing it to hunters…and doing a fine job of it. But many times the result is an athletic-cut garment that makes sense for dudes who are obsessed with MTN OPS and getting into “elk shape,” but not necessarily for folks like me who eat buffet-style most nights.

That’s not the case with the Gila hoodie. It’s lightweight, just 6.7 ounces, and has a loose fit until it gets wet (but every shirt is going to stick to you if you’re active in hot weather). So, it doesn’t lose any points there. The Gila also stretches with you in key areas. I am very broad-shouldered and if a top is not going to fit me, it’s most likely going to be in the arms and chest. The hoodie was a perfect fit in that area, and is not restrictive when I’m swinging my shotgun at a squirrel running up a tree or when I’m trying to get the best rest I can at the base of a hickory with a .22 LR in my hands.

KUIU also equipped the Gila hoodie with a sun-rating of 50-plus UPF, simply by weaving the fabric tighter together (which you would think might cause a more uncomfortable fit, but doesn’t). The hoodie is also great for when the mosquitoes are biting because it completely covers your arms. I dowsed my hoodie in tick and bug spray, and haven’t had an insect on me, except on my exposed hands. It’s also nice to be able to put the hood up and keep bugs off your neck and face—it’s a deep hood so it will cover some of your cheeks and forehead—if you’re sitting in a treestand during deer or spring bear season. And amazingly, the Gila hoodie doesn’t stink of sweat the next day if you don’t wash it. There have been many times where I have completely drenched the hoodie and put it on the next morning. So long as I leave it on a drying rack overnight, it’s never smelled like a high-school locker room.

The hoodie has become my favorite piece of outerwear for summer hunts, and I plan on using it through dove and teal season in September, as well as on some early duck hunts when the regular hits in October.