Illinois Congressional Candidate Runs Campaign Ad Showing Himself Hunting, Despite Not Having a Hunting License 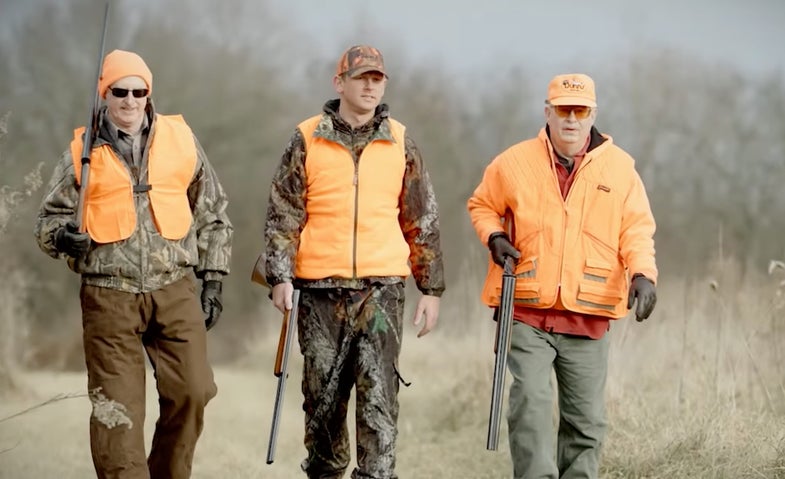 Reising hasn't hunted since he was a kid, but this clip still appears in his campaign ad. Jesse Reising for Congress / YouTube
SHARE

Jesse Reising, a lawyer with Kirkland & Ellis and a Republican congressional candidate in Illinois, recently ran a campaign ad that raised some eyebrows. In the ad, Reising is on a pheasant hunt, wearing blaze orange and carrying a shotgun. The rub? He doesn’t have a hunting license, according to the Illinois Department of Natural Resources.

When asked about the ad by 5 On Your Side, a local news station, Reising said he hasn’t been hunting since he was a young kid. That day, he was just out for a photoshoot.

“We shot a shot that day,” Reising told the station. “We were out doing some pheasant hunting with the crew. I didn’t actually go out that day. But we got the … got the photos and then that’s what they are.”

Reising said he believes it’s still a fair portrayal because he went hunting years ago. He also says an injury keeps him from going hunting now. “I’ve had a serious neck injury that makes it impossible for me to hold up a shotgun,” he said.

Using hunting as a PR stunt to appeal to Second Amendment and rural voters is nothing new. Candidates routinely use hunting as a way to appear like average Americans—even when they aren’t active hunters.

One of the most high-profile instances was when then-Massachusetts senator John Kerry participated in a staged hunt in Ohio during his presidential run against George W. Bush in 2003. It was a carefully choreographed affair that sought to make him seem like less like an East Coast politician and more of an everyday person who would appeal to rural America.

It mostly backfired. Kerry was criticized for everything about the hunt, from the overall manufactured feel of the event to the way he held his shotgun and where he pointed it

Another high-profile instance was when Mitt Romney called himself a lifelong hunter during his run for the presidency in 2007. He later said he only hunted “small varmints.” Then the frequency with which he went small game hunting was called into question. The press noted his lack of hunting licenses in the places he lived and conflicting comments on hunting as proof he wasn’t the hunter he claimed to be. Romney pushed back saying he hunted where he didn’t need a license.

The topic came up again in 2012, and he doubled down on the idea that he is, in fact, a hunter and has been since he was young. “I’m not a serious hunter, but I must admit, I guess I enjoy the sport, and when I get invited I’m delighted to be able to go hunting,” he said.

Underneath all of the political pandering, photoshoots, clarifying statements, and license arguments is a legitimate question: Can a politician identify as a hunter if he used to hunt (or claimed to) but hasn’t in years? The backlash from most hunters suggests the answer is no, since staged hunting public relations moves and advertising campaign stunts don’t appear to work in the politician’s favor. It also means this latest hunting photo-op from Reising won’t be the last of its kind.