Time is our most precious commodity during the whitetail rut. Here’s how to make the most of it 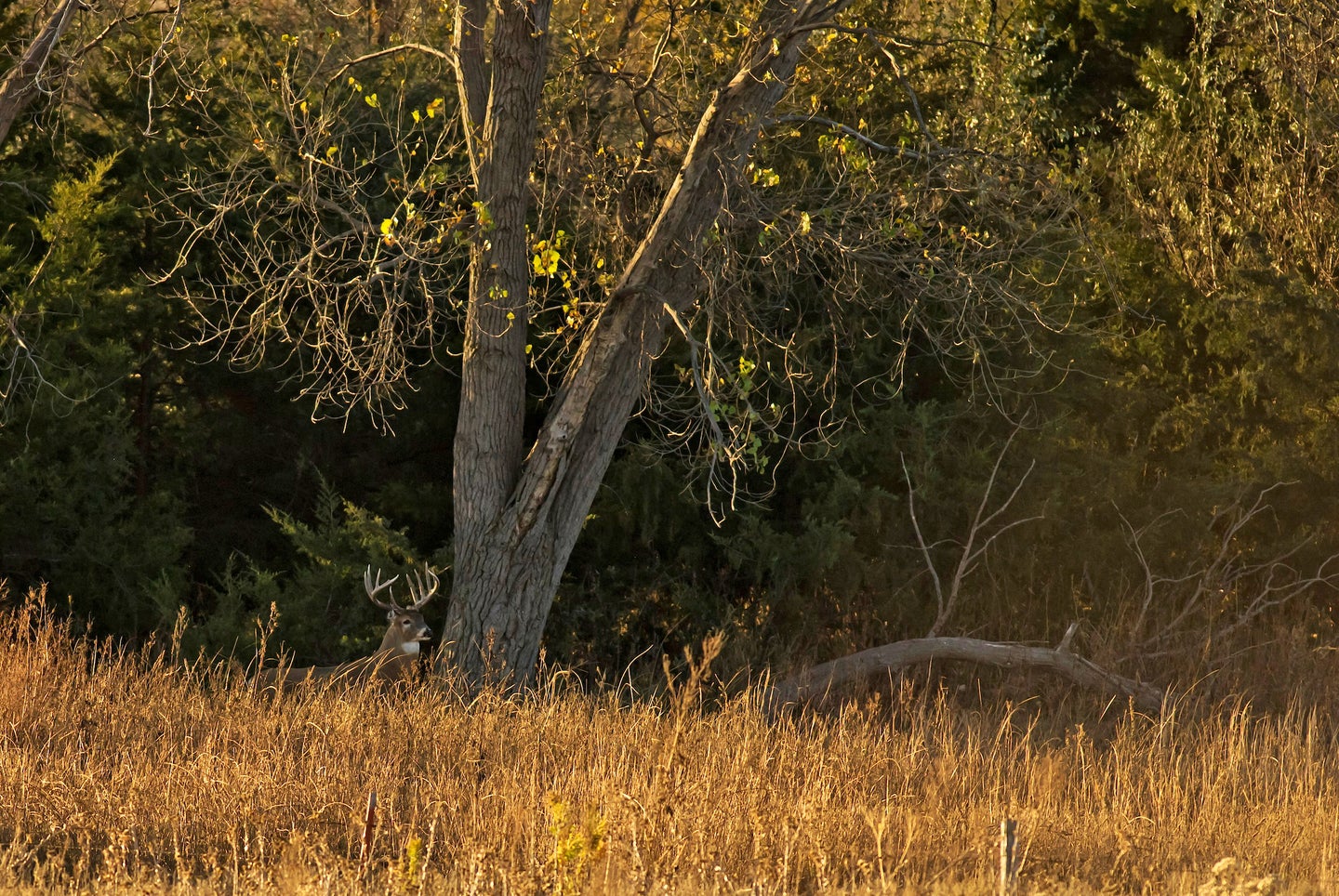 You don’t have to spend much time on social media (or sitting around a deer camp) to realize, there’s not much we hunters all agree on. But there is one universal truth amongst us: There’s never enough time to do all the things we want to do. This is a malady that seems compounded in November. The greatest deer hunting month of them all is upon us. And, no matter how much we plan or how hard we wish, each day still lasts but 24 hours and each week is comprised of just seven days. Five of those days, if you’re like just about every other American hunter, are spent on the job. That means you’ve got damned little time to spend in the woods. Toss in a youth football game here, a dance recital there, some time spent doing things that keep you blissfully married and the hours available for hunting dwindle in a hurry.

So how can you make the most of every minute, to pack a year’s worth of whitetail wonder into a ridiculously limited period of time? Like this…

Time wasted is time lost. I didn’t coin that phrase but I certainly try to live by it. Earlier this year, I wrote a piece about my decision to greatly simplify my approach (and, in large part, my life) by adopting a more minimalist approach to hunting. Less gear means less hassle. Fewer things to forget. Less time to pack. More efficiency.

Let’s look at a common after-work scenario. Even if you are able to sneak out of work a little early, the only way this hunt happens is if you’re highly efficient with your time. If you stop at home, look around a bit for you boots, your release aid, you grunt call, etc. and you’ve lost about 15 minutes. Now you’re rolling into the stand late and that’s starting to cut an already close setup even closer.

By minimizing my gear and spending time in the off-season to focuse on how I pack that gear, how things are organized and stored, I’ve got everything I need to hunt in my truck at all times and ready to go. When I want to hunt, I’m ready. It may seem like a small thing, but it’s not. Those 15 minutes saved (and I’m being generous with that number; I’d wager it was closer to 45 minutes of wasted time between work and the tree stand for me) can really add up.

Another big-time change to my approach is in the way I set up my stand locations. Sure, I still have some go-to areas deep in the thick stuff that are my favorite rut-time haunts. Those locations are saved for the weekend when I (theoretically) have a bit more flexibility in time. My weekday setups are located as close to my parking area as possible, and this includes public land. The difference with public areas is I think horizontally rather than vertically.

Most public hunting spots feature a standard parking area or two. From there, you work deep to try and find deer that are less pressured. That can take some walking, which means added time. Since I’ll already be running late, the odds are pretty good that some deer are up and active. Walking deep doesn’t make a lot of sense. Thus, I work horizontally—instead of heading straight from the parking area and into the woods, I head down the road the parking lot is located on. I can walk (or bike) a whole lot faster on a road than I can working through the woods. I’m not nearly as concerned with being quiet and I can cover more ground, more quickly. Now, I’m a fair distance away from the parking area. Then I simply head vertically into the cover and hunt somewhat close to the road.

On private lands with less hunting pressure, I’m looking for the first available cover with deer sign. And I’m going to look specifically for an area that allows me to sneak in as quickly and quietly as possible. In several after-work stand locations that I hunt, it’s not at all unusual to climb into the stand and see deer already up and feeding in a food source.

This is a point I’m a bit hesitant to make. I don’t want to give the wrong impression here and, truth be told, I’ve had to learn some tough lessons in the past. Hunting is an important part of my life. But it’s not the most important part of my life. All things in moderation, or so the saying goes. That said, you have to decide how you want to spend your time. To do that, you have to be intentional. I’ve had far less time available to hunt the past couple of years and it’s been a real eye-opener for me. For so long, I’d enjoyed a schedule that allowed me to spend a few hours each morning and evening in the woods. Things are different now. In order to find time to hunt, I had to literally make time. The only way I could figure out to do that was to prioritize the ways that time could be spent.

If you want to hunt more, something has to give. For me, that meant listing out things I needed to get done and moving them into time slots that worked to allow me a bit more time to hunt. My lawn mower, for example, has headlights. So guess when my lawn gets mowed in the fall… Get creative. Make a plan. Execute that plan. There will be some things that get left off. I don’t spend much time in front of a TV during October and November. The evening hours are used to accomplish tasks that will free up additional time after work during the week or on weekends. It’s your time. Use it wisely.

As much as we like to make social media posts about how we’re happy to just spend time in the woods, the goal of hunting is to kill deer. To kill deer, you have to be around deer. I’m not saying I only hunt to kill. Far from it. But I am saying when I choose a stand location and spend a few hours waiting for deer that never appear, I’m not particularly happy about that. It’s not because I’m a game hog. It’s because I know I have a limited number of hours in the season. “Wasting” them in a location that doesn’t produce any action bothers me.

I agonize over stand selection each and every time I hunt. I don’t want to hunt a “good” spot…I want to hunt the “best” spot for that outing. And I take that seriously.

Trail cameras are a big-time asset for the hunter with limited time. I run as many of them as I can and I use cellular-equipped models whenever possible. Having those cameras sending me images on a daily basis doesn’t just help the work week pass a bit faster, it gives me highly relevant and timely data that can be used to make a good decision.

I don’t sit “observation” stands. I don’t have time for that. My goal is to make the very most of every minute available. I’m not going to spend an evening watching deer in a field. I want to be in a location that puts me within striking distance of those deer. The cameras serve as my observation stands.

My friend Kyle loves to make fun of the fact that I’ve seemingly never met a stand location that I didn’t want to change…and I suppose he has a point. If I see deer moving just out of range, I have zero reservations about climbing down and moving that stand ASAP. I’ll do it in the middle of a hunt if need be. I am not about to watch a parade of deer saunter past out of range without trying to do something to remedy the situation. I’m going to make a move.

Again, time is the single-most precious commodity we have during deer season. If the deer are giving me information about a preferred travel pattern, I’d be foolish not to take advantage of that information.

6. Remember Why You’re There

After five points focused specifically on maximizing your time and squeezing the most out of every minute you have available to hunt, this final point may seem a bit counter-productive. But bear with me.

Don’t forget the reason you’re hunting in the first place. Our lives are crazy. They’re scattered, noisy, hectic and pressured. Our limited hunting time can be much of the same. It’s a race to kill a good buck before time runs out.

Even if you only have an hour to hunt after work, take that hour. Plan, plot, hustle and grind. Get in the stand, take a breath…and live that hour. Enjoy it. Savor it. A lot can happen in an hour. A giant buck can show up broadside at 20 yards. Or you could see a herd of does and fawns. Maybe you won’t see a single deer.

But you’re hunting. And that’s the point.