All told, the recipients of this year’s Outdoor Life Open Country awards have opened tens of thousands acres of land,... 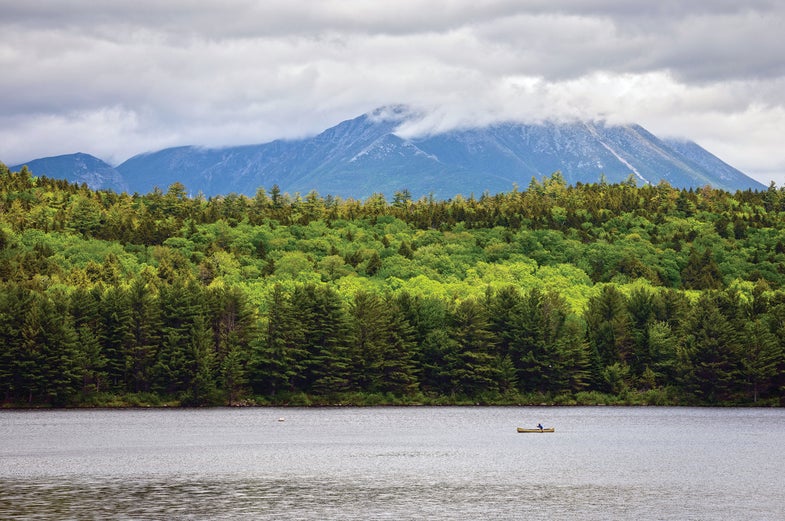 All told, the recipients of this year’s Outdoor Life Open Country awards have opened tens of thousands acres of land, in all corners of the continent, to the public for free hunting, angling, hiking, and other forms of outdoor recreation.

The recipients, who will be formally recognized during an event at January’s SHOT Show in Las Vegas, range from a conservation-minded dryland rancher to grain-belt farmers and pheasant hunters to North Woods lumberjacks and deer hunters.

The annual Open Country recognition typically includes four categories: individual, agency, nonprofit organization, and corporation. But this year Outdoor Life is focusing on noteworthy projects. One, in North Dakota, is a collaboration by rancher Byron Richards, North Dakota Game & Fish, and the Mule Deer Federation. The second, in New Brunswick, has opened thousands of acres of timberland to deer hunting. Another is improving habitat for and access to South Dakota pheasants.

We are also recognizing the National Park Service and Elliotsville Plantation for their work in creating the Katahdin Woods and Waters National Monument, an 82,000-acre block of the Maine North Woods that is open to public hunting, fishing, hiking, snowmobiling, and other traditional uses.

Most access projects involve a number of players, but the best start with a motivated individual. In western North Dakota, rancher Byron Richards wanted to improve wildlife habitat on his 22,000-acre property, but he also wanted to preserve his family’s tradition of allowing access to sportsmen. He found the partner to accomplish both in the Mule Deer Foundation.

The MDF, in collaboration wth North Dakota Game & Fish and other groups, helped Richards with funding, technical assistance, and personnel to map and sign the ranchland, which is home to prairie grouse, wild turkeys, mule deer, and elk. Richards’ project is the largest enrollment to date for the state’s PLOTS access program.

Proof that hunting is good for local economies is evident in South Dakota during the years of high ringneck pheasant populations. Upland hunters from around the world flock to the state, spending money with local businesses and dressing South Dakota in blaze orange for most of the fall. Business owners in and around Aberdeen know habitat and access are keys to this economic engine. They have created the Aberdeen Pheasant Coalition to perpetuate public hunting access and to encourage local landowners to manage land for wildlife as well as crops. The APC aims to add 4,000 acres of prime pheasant habitat to the publicly accessible hunting land around their town.

The longtime closure to hunting of a huge chunk of forestland in northern New Brunswick didn’t sit well with locals. They knew the 667,000 acres of crown land could support managed deer hunting, and with the technical support of the Quality Deer Management Association, they persuaded the provincial government to reopen the land, which had been closed to hunting since 1993.

“Our New Brunswick branch used three years of trail camera data to assess deer population trends,” says Kip Adams of the QDMA. “They presented information to provincial biologists and ministers. In 2015, there was a hunting season on the land for the first time in 22 years.”

Sportsmen have learned over the last couple of decades to mistrust federal land grabs. Often, land that has been open for generations under state management has all manner of restrictions imposed once it becomes federalized, and traditional uses like hunting and fishing are often the first to go. That’s why President Obama’s invocation of the Antiquities Act to create a new national monument in Maine’s North Woods last August is so surprising. The creation of the new Katahdin Woods and Waters National Monument explicitly allows hunting, fishing, and snowmobiling on the property.

We hope Katahdin will be a model for other national monuments around the country.