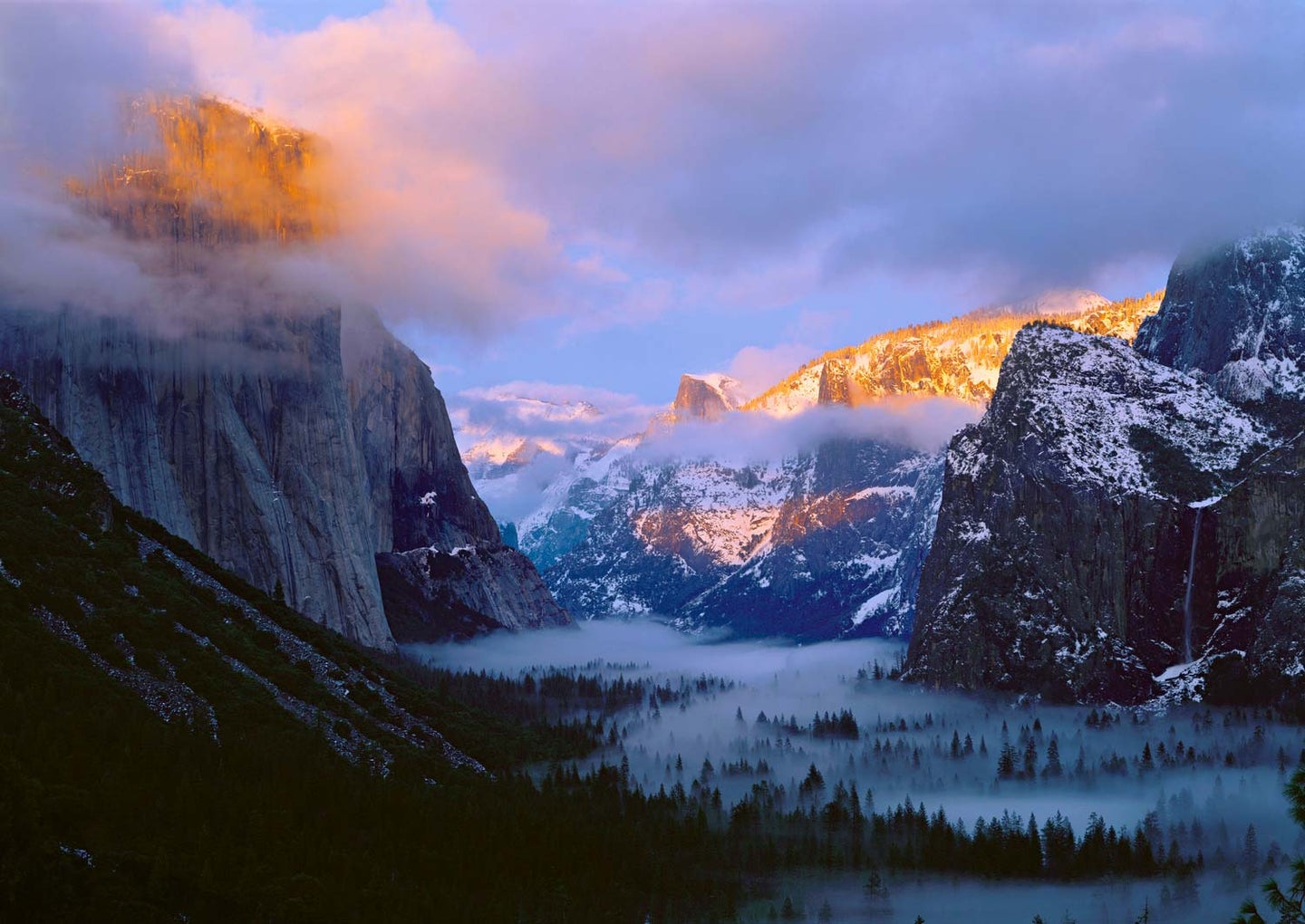 You would be forgiven for not knowing that it’s National Park week. The coronavirus crisis has captured the country’s attention and kept most of us sheltering in our homes. While some of the most well-known parks, like Yellowstone and Teton, have closed to prevent the spread of COVID-19, many national parks are still open. Most experts and health officials still caution against traveling long distances to visit parks (you could unknowingly be bringing the virus with you), but if you live near an open park and you follow social distancing guidelines, now is a good time to get some fresh air and enjoy one of our national parks.

If you can’t get outside and do some hiking or fishing in a national park, scrolling through QT Luong’s photos might be the next best thing. Luong is the first (and only) known photographer to shoot photos in each of our 62 national parks with a large format camera.

He grew up in Paris, France, and traveled to Denali National Park in 1993. He was enthralled by the park’s natural beauty. But when he got back and reviewed his photos, he was disappointed to see that they didn’t capture what he had witnessed in person. He started researching photography and started experimenting with a large format camera.

It was a love for hiking and photographing national parks that brought Luong to America full-time. He moved to San Francisco to be near his favorite park: Yosemite.

“I saw it was a unique chance that America has to preserve these lands,” he said. “Coming from France, most of the lands were already developed. There’s not much left besides the mountains. But here the vastness and diversity of the national parks, it’s such an opportunity to see land that is still pristine.”

Luong didn’t rush through the lineup of parks. He did deep research on the best times to visit each park, and scouted locations for the best places to shoot. He spent trip after trip hunting for the best photo, deciding to comeback if the light and weather conditions weren’t right. It took him three different trips to capture an image he had in his head of sequoia trees in the snow in the Sequoia National Park.

Luong’s photo of Yosemite (see below) was 10 years in the making. It’s a famous view that has been photographed extensively, including by Ansel Adams, one of Luong’s heroes.

“I wanted to pay homage to Ansel Adams by making an image that went beyond what he made, which means something that would work in color, not in black and white,” Luong says. “And the thing that I envisioned is that if the last light hits the top of the peak, it will create a very warm glow, but if there is some fog on the top of the valley then you will have contrast at the base.”

Eventually, Luong compiled his photos into a book, Treasured Lands: A Photographic Odyssey Through America’s National Parks. The book works as sort of a guide for photographers looking to explore national parks themselves. Luong provides descriptions and tips on getting to each location he features.

“For me it’s kind of paying it forward. The national parks brought me so much happiness, so I wanted other people to have a chance to experience a bit of that joy, too.”

Check out seven of Luong’s favorite photos and his description of each in the gallery below.

Yosemite National Park is the place that drew me to California, the national park that I visited first and most often. Yet it was more than a decade – and hundreds of days spent in the Park – later that I eventually captured, on a winter sunset evening, the image that best sums up the magic and majesty of the valley for me. Although Tunnel View is always stunning, on that cold winter evening, when the sun appeared from under the storm clouds to set the tops of the cliffs on fire for a brief moment that I had pre-visualized for years, it created the contrast with the blue fog that I was seeking for this color homage to Ansel Adams.

For the classical view of Delicate Arch, I planned a winter hike because with the angle of the sun at that time of year, the arch is entirely illuminated with the last light. The warm color of the sunset light enhances the natural color of the arch, causing a surreal glow, contrasting it to the blue hues of the snow-covered slope. Perfect conditions! By the time I returned to the parking lot, everybody had left; the temperature had dropped to single digits; my car battery had died. I relied on my expedition-grade sleeping bag to keep me warm for the night.

White Sands National Park, our latest, protects most of the largest pure gypsum dune field in the world. After the sun goes down in White Sands, there is a magical time when the soft light emphasizes the sculptural qualities of the dunes and the delicate colors of the sky reflect off the white sands. On the evening of Friday, December 20, 2019, as the new national park was designated, I was one of the few visitors inside, with a backcountry camping permit in hand, ensuring that I would be the first to photograph all 62 national parks.

Read Next: 10 National Parks That Have Awesome Fishing

With many lakes in the valley, there are quite a few choices for photographing the Teton Range reflected in water, but some are a bit too close while others are a bit too far. The body of water that yields the best reflections of the Grand Tetons is a modest beaver pond called the Schwabacher Landing. Although witnessing the first light of sunrise at this spot was an enjoyable experience, my intuition led me to return at midday when the sun from the south defined the shapes better. The yellow of the aspen contrasted with blue skies, and the polarizing filter was most effective because of cross-lighting. Although not a time usually associated with the best landscape photography, the midday photograph turned out to be my favorite and one of my most popular images.

One of nature’s most wondrous light shows occurs during the synchronous fireflies mating season, when thousands of bugs flash at once in a silent symphony of sparks. Synchronous fireflies exist only in a handful of places in the world, with Great Smoky Mountains National Park the most well-known site in the Western Hemisphere. This was one of the most challenging photographs I have made because the lights of the bugs are so faint and by the time they are active it is too dark to compose a satisfying forest scene. Scouting on the previous night let me set up at dusk a composition that I knew would have plenty of bugs in it with an exposure of 11 minutes.

Easy access and dramatic changes make Exit Glacier possibly the best place in the world to witness glacial retreat. In 2000, the one-mile round-trip trail led to spots where I could touch the ice. Noticing that the surface of a small outlet stream had frozen overnight, I positioned the camera to capture ice reflecting ice. I waited for the sun to the illuminate the glacier while the stream was still in the shade, as those are the conditions that create the strongest reflection. By 2016, the glacier had retreated so much that it was separated from the same trail by hundreds of yards of steep terrain closed to visitors, so that photograph is no longer possible.

Kilauea Volcano on the Big Island of Hawaii erupted continuously for 40 years. Unlike other dangerous volcanoes, the Hawaii volcanoes do not have explosive eruptions. Instead, they spew a slow-moving fluid flow of molten lava, which makes them the most approachable on Earth. I timed my trips for twilight, by far the best time for photographing lava—there is enough ambient light that you can see details, but it is dark enough for the lava to glow. As I set up the camera a few feet away from the moving flow, the intense heat burned my face, while I observed new earth being created in front of my eyes.