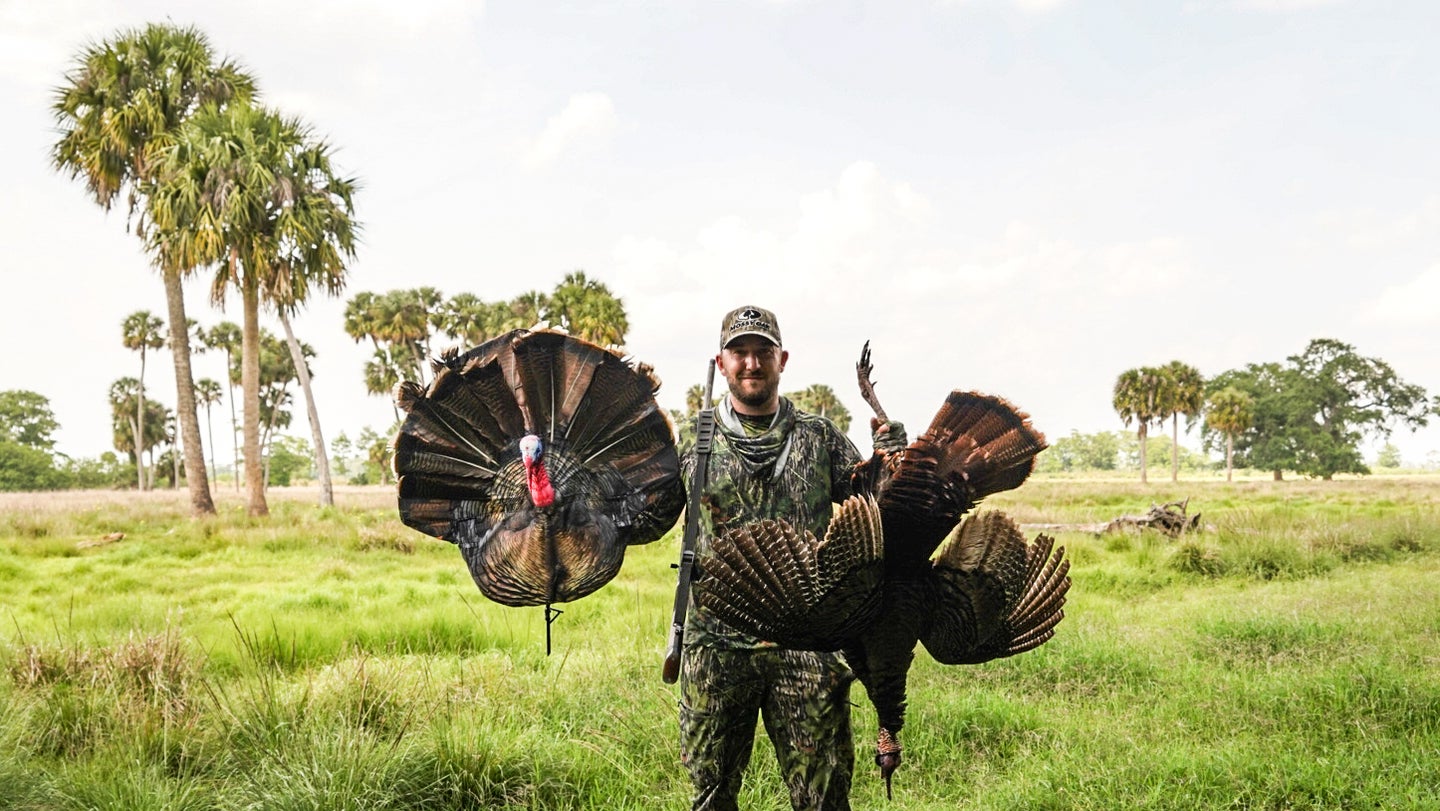 The best turkey decoys can pull the toughest tom into range. See our picks in this review

Turkey hunting has commanded my springtime calendar for the past two decades. I’ve chased gobblers throughout the United States and Mexico, hunting an average of 50 days across a half-dozen states each spring, while stacking up a World Slam and multiple Grand Slams. As I check off the remaining states to capture a U.S. Super Slam, I prepare for every hunt with the utmost scrutiny when it comes to gear I use in the field, especially the best turkey decoys.

Decoys are always part of my turkey hunting arsenal, and I only rely on the most realistic ones when I’m trying to fill a tag in a new state. Here’s a look at the best turkey decoys for some of the most common hunting scenarios you’ll face no matter where or how you’re chasing turkeys.

The best turkey decoys are incredibly realistic, which means that it’s possible for hunters to mistake a decoy for the real thing. You need to be ultra careful when using tom or jake decoys on public lands or even private ground where other hunters are present. When you’re transporting decoys, make sure that heads, fans, and beards are tucked into a bag with a strip of orange tape on the outside. Never use a reaping decoy on public land or on private land where other hunters might be present. Also, avoid using a reaping decoy or strutting tom decoy in heavy cover. If there’s any question about safety, simply leave the decoys in the truck.

The lightweight Wiley Tom 3D and Miss Purrfect XD turkey decoys are the best overall for any style of turkey hunting, whether setting up in one location, running and gunning, or stalking/reaping.

I used hard-bodied turkey decoys for years, and while they have benefits, the extra weight and bulk is an unnecessary burden for the majority of my turkey pursuits. I’m also not entirely sold on 2D (flat) turkey decoys for traditional stationary setups, so I was eager to try Montana’s new line of packable 3D turkey decoys. I used the Miss Purrfect XD, Jake Purrfect XD, and the original Wiley Tom during 2021—my most successful turkey season ever. The Wiley Tom 3D is an upgrade from the original Wiley Tom. It has more realistic dimension that packs down for running and gunning, yet it works just as well for reaping or stationary setups. I tested the prototype during a fall turkey hunt and killed a gobbler the first morning.

Stuff the Wiley Tom 3D and the Miss Purrfect XD hen turkey decoys in your vest and you’ll be covered for nearly every turkey hunting scenario. And if you want to run a jake imposter instead of a tom, just use the second (higher) row of tail feather holders on the Wiley Tom 3D to mimic the pronounced center primary feathers of a jake fan.

The Avian-X HDR Strutter and Feeding Hen turkey decoys deliver astounding iridescent realism and detail up close and from a distance.

When Fred Zink’s crew introduced Avian-X decoys around 2010, the new LCD (Lifelike Collapsible Decoy) design, featuring inflatable rubber bodies, was all the rage. I’ve watched dozens of gobblers crumble over Avian-X decoys. In recent years, the brand transitioned from rubber bodies to the more common plastic shells that you’ll find with most premium turkey decoys. But one factor has always remained constant with Avian-X turkey decoys: realism. The inflatable dekes were great because they could be broken down to a manageable size for travel, and I even once conveniently packed an Avian jake for a Gould’s hunt in Mexico. While the new HDR (Heavy-Duty Realism) plastic versions aren’t quite as mobile, I’ve tagged many gobblers over them thanks to their hyper-realistic looks.

The HDR Strutter decoy features a modular design. You can swap between red/white/blue (subordinate tom) and solid white (dominant tom) heads, and the adjustable synthetic tail fan and beard allow you to transform the decoy from tom to jake. The tail fan and wings are removable, so you can add real feathers at your leisure.

The HDR Feeding Hen has a content body posture that could lure in lovesick gobblers or simply attract other hens to start a turkey party (the boys will eventually come knocking).

Or you can pair the two decoys to test the ego of a dominant tom and trick him into your setup.

The Foam Turkey Decoy 3-Pack from Redhead is an unbeatable deal for turkey hunters on a budget, weekend warriors, or those who don’t often use turkey decoys as part of their spring strategy.

Old-school turkey hunters probably remember the old Featherflex foam turkey decoys—the only readily available commercial decoys back in the day. The paint jobs on those foamies dulled quickly, and I truly believe pressured gobblers can recognize obvious dupes. Manufacturing techniques and paint have come a long way, so the resurgence of foam decoys like Redhead’s 3-Pack is great for hunters who aren’t willing to drop their gas money on turkey decoys.

The Redhead Foam Turkey Decoy 3-Pack is as simple as decoys come but if used properly, they can get the job done. If you’re the type of turkey hunter who believes decoys are unnecessary, you could stuff the 3-Pack in your vest for a JIC (Just In Case) scenario. Make sure the wingnuts are tight and the stakes are secure if you deploy these dekes on a windy day. Pro tip: If you’re having trouble removing creases in the foam after they’ve been folded up during travel, try running a hair dryer on them in your Motel 6.

Hunting from a ground blind in open areas, such as big ag fields, means you need to earn the attention of gobblers and get them to commit to your setup. Combining a full-strut gobbler decoy with a laydown (breeding posture) hen is a great starting point, and this pair from The Grind is realistic and manageable to haul along with all your ground blind gear.

Given the overall quality and realism, this turkey decoy duo offers a great value for turkey hunters who prefer hard-shell decoys. These might not be the best for running and gunning, but they’ll work well in your setup if you fancy long hours in a ground blind.

As a quarter-body decoy, the Strutter shaves off some unnecessary weight, and most real longbeards don’t seem to care about the missing back portion of a gobbler decoy. Remove the synthetic fan and replace it with a real gobbler fan, and the Quarter-Body Strutter will be difficult for dominant gobblers to resist, especially if the decoy is positioned over the Lay Down Hen decoy. A wingnut secures the two-piece heavy-duty metal stake to the decoy, which can be loosened or tightened depending on how much wind motion you prefer. Not only is the the painting process on these decoys hyper-realistic, it’s made to last. Each color is applied, then baked and dried onto the decoy before the next color is applied for maximum durability.

Late-season turkey hunting often means dealing with pressured gobblers that are more likely to hang up or shy away from decoys. The smaller, less-intimidating Lil’ Gobbstopper decoys are worth a shot if you want to tango with wary late-season toms.

At less than $60 the Lil’ Gobbstopper Hen and Jake combo from Primos adds a lot of value in a small package.

With smaller profiles, the jake is less intimidating to skittish gobblers, and the hen is easier to carry than full-sized decoys. Deploy these decoys together to simulate a mating pair, or run them separately, depending on the reactions of your late-season targets. Consider beefing up the plastic stake with a metal replacement so you won’t have to worry about penetrating harder ground.

To be an effective turkey reaper, you need a decoy that will conceal your stalks with a believable profile. The JakeFan from KillerGear is designed from the ground up with reaping in mind.

The JakeFan is the offspring of the original TurkeyFan that uses a unique umbrella-style system that easily allows reapers to mimic a gobbler going in and out of a strut. You simply close and open the umbrella while you’re hiding behind it. While the 2-D TurkeyFan decoy has a full fan four times the size of a real gobbler, the JakeFan is more realistically sized and built with a 3D head.

This decoy includes an adjustable viewing window that’s convenient for bow or gun hunters to aim at approaching gobblers, and it’s easy to rig a POV action camera (bracket purchased separately) to capture video footage from your hunt. Use the built-in stake to anchor the JakeFan if you want to call a longbeard in the “old-fashioned” way.

How To Choose A Turkey Decoy

Selecting a turkey decoy depends on your hunting tactics and preference, but it doesn’t have to be difficult. Identify your budget first, and then figure out your most common hunting style. Choose the most realistic turkey decoy(s) that you can afford, and make sure it accommodates your most likely hunting setups. Remember, with some creativity, nearly every turkey decoy can be used effectively for a variety of scenarios, and sometimes you’re better off going with no decoy at all.

Q: How many turkey decoys should I put out?

Your decoy setups or how many decoys you put out is largely dictated by seasonality (early vs. late season), hunting pressure, weather, and the dynamics of local flocks. As a general rule of thumb, you’re better off using more turkey decoys early in the season, while less is often more in the late season.

Decoys aren’t necessary for turkey hunting. Many turkey hunters prefer calling without decoys because it forces gobblers to search for the source of calling. Oftentimes, gobblers will “hang up” outside of shooting range because in nature the hens typically go to them. This is where decoys can be useful. If turkeys see a decoy, they might be more convinced to come into a setup rather than spooking when they don’t see a hen at the source of calling.

Turkeys can become decoy shy if they’re living in areas with a lot of hunting pressure. Avoid using them on heavily hunted tracts of private or public land, or try less intimidating decoy setups when you’re hunting skittish birds, like decoys with more relaxed or feeding postures.

Hunting turkeys over decoys can offer many advantages. Decoys can give turkeys the visual confirmation they need to close the distance on your setup. When a turkey is focused on a decoy, it can allow you more leeway for making critical movements such as raising a gun or drawing a bow. And there’s nothing quite like watching a dominant gobbler march into a well-placed decoy setup for a good ol’-fashioned beatdown. While decoys offer many up-sides, sometimes you’re better off not using them, and forcing tom to come looking for the source of your pleading hen calls.