Wayne Carlton has been talking with animals for decades. Here’s his take on how to start a dialogue 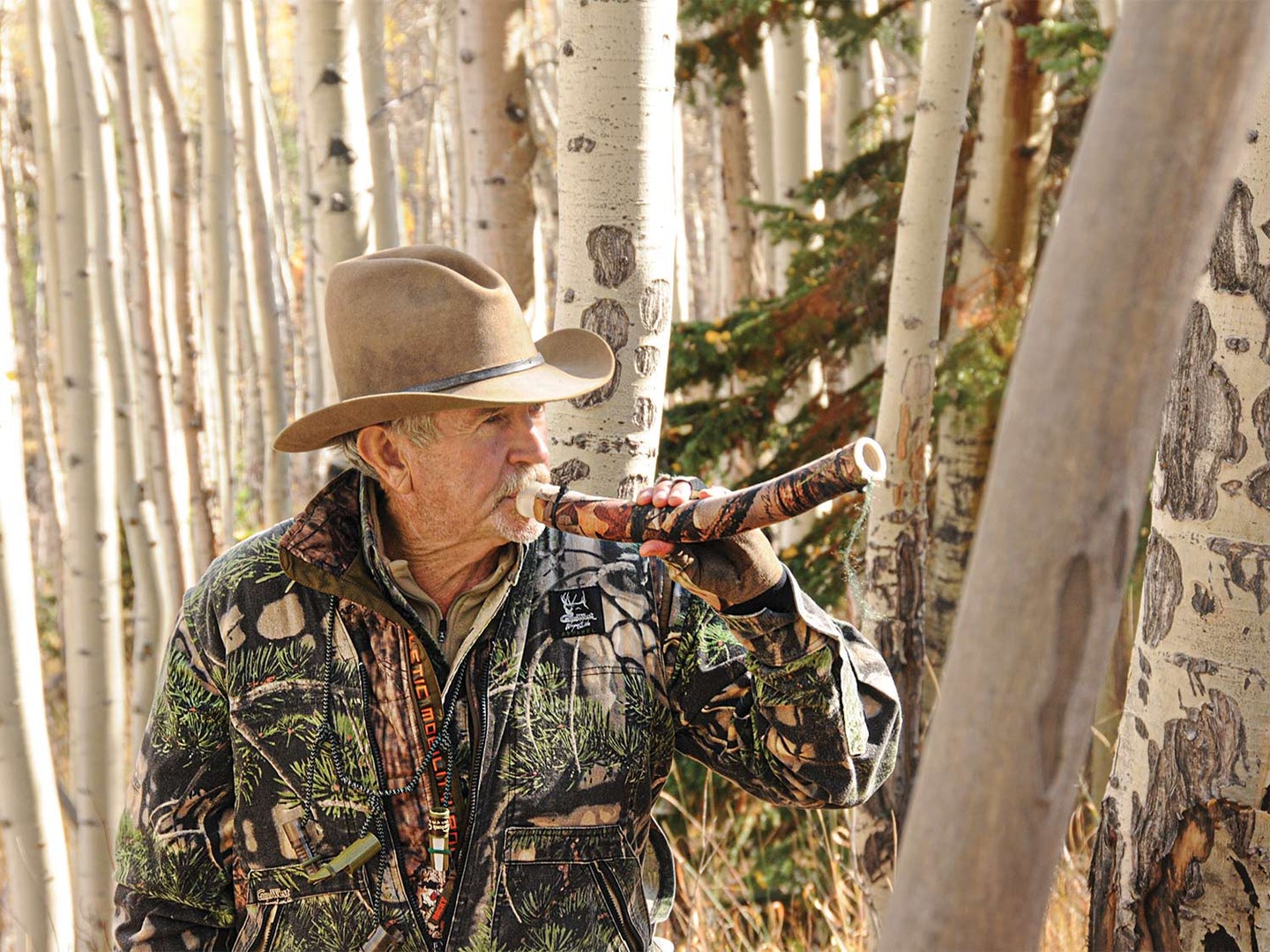 Carlton bugles to a high-country bull in the mountains above Craig, Colorado. Andrew McKean
SHARE

In another lifetime, Wayne Carlton might have been a carnival barker. He has that way of hooking you, yodeling or catcalling to catch your attention in a crowd and then keeping it with a slightly ribald joke or curious turn of phrase.

You might recognize Carlton, 76, from his career as a pitchman for Hunter Specialties, his Southern accent purring from beneath a cowboy hat as he describes how his latest call will turn trophy bulls inside out and bring turkeys running from the next township. He’s back in business with his Native by ­Carlton brand, and he still has plenty to say.

Outdoor Life: You have talked about setting the stage for a conversation with elk. What do you mean by that?

Wayne Carlton: When you blow a call, you’d better have some idea of what you expect the answer to be. You can’t stumble through the woods blowing a call and expect to create a conversation. One of the first bulls I ever called in was on Red Mountain Pass in Colorado. I walked in the dark to the crest, about 12,000 feet above sea level, and I waited for the wind to turn from blowing downhill to blowing uphill before I blew a call. I knew that any bull below me couldn’t smell me, and that they couldn’t resist answering an elk uphill of them. It worked. I had a bull start raking trees, and I was able to spot him and home in on him.

OL: So how do you advance the conversation?

WC: With that Colorado bull or any animal you are calling to, don’t wait between their call and your call. The second they stop responding, you blow another call so that they don’t have time to think or to doubt. You just get them to respond instinctively by getting in their head. That Red Mountain bull would rake that tree and bugle, and I’d already be ready to blow a bugle on top of his. It just revved him up to the point where he had to react by coming to me. That’s the essence of game calling. With bears, as long as you keep calling, they keep coming. But if you ever stop, they do too.

OL: But what about pressured animals who have heard weeks of calling? Don’t you risk overcalling?

WC: Pressured bulls may have heard all the wimpy bugles and reedy cow calls that everybody else blows, but I’ll light up an area with very high-pitched calls, just squeaky-thin screams, and I’ll get responses from mature bulls. If in doubt, just torque the pitch. High-pitched calling works with turkeys, predators, hogs…

OL: How much emotion do you build into a call? Or is it just hitting the right note at the right time?

WC: Have you ever heard an electronic caller? Those digital sound files are exactly the right sound. But they don’t have any intonation or cadence. The perfect note delivered without emotion is useless. You can blow the wrong note on a diaphragm or tube call, but if you do it with intensity and feeling, and quicken the cadence, you can get to animals that might not respond to 80 to 90 percent of “canned” calls. The difference is that you sound urgent. If in doubt, call faster and with more feeling, and you’ll get animals to respond.

Read Next: World Champion Corey Jacobsen’s Tips on Getting Bulls into Bow Range

OL: Okay, but even you have to admit that there are some animals that are simply uncallable. Right?

WC: I hate to admit it, but yes. We hunters think the world revolves around us. We have a good night in a comfortable bed and then go hunting after a cup of coffee, and we expect the world to be in the same situation. But a big herd bull may have been rutting and fighting all night, and we show up at dawn and expect him to play according to our rules? You never know what sort of night the animal you are interested in had before you showed up with your perfect call. Some animals are never going to come to your call, and it’s simply because they have other priorities.

WC: They keep blowing their single perfect call. You might have the world’s sweetest cow chirp or the best immature bull chuckle on the planet, but it’s not what a big, mature bull wants to hear. You need to have a whole range at your disposal so if one call doesn’t work, another one might, and you need the courage to try it. That, and you need to pour emotion and cadence into any calls. If you do that, have a wide range of calls at your disposal, and can make them sound urgent and good, you’ll call in elk and any other animal that decides to hold a conversation with you. You just have to be a good conversationalist. If you don’t have anything to say, why on earth would they come to you?