“It Was About Representation. We Wanted to Change the Narrative”

Wayne Hubbard and Candice Price are encouraging more African-Americans to hunt and fish, and preaching inclusion for all outdoorsmen and women 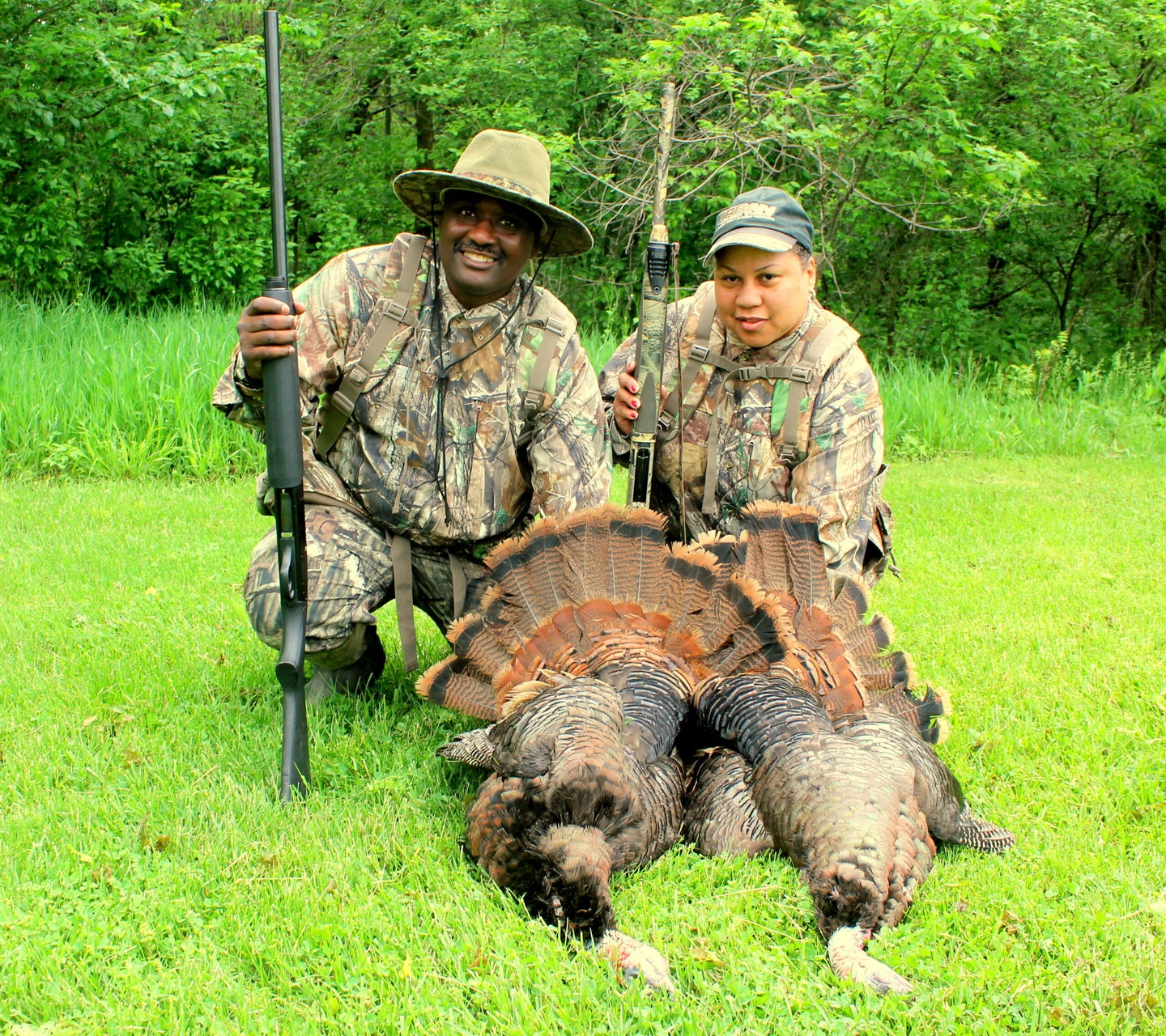 Editor’s Note: If there’s one thing that’s certain after this summer, it’s that Americans need to come together. To do that, we first must listen to those of us who have been ignored for too long. At Outdoor Life, that means Black and other minority hunters and anglers who don’t often see themselves represented in the hunting and fishing community. We’re running a collection of essays to tell their stories and share their perspectives.

Wayne Hubbard never questioned that minorities had a place in the outdoors. Growing up in Oklahoma, he and his family lived close to the land. They fished, hunted, gardened, and collected wild greens—and they put nature’s bounty on the dinner table.

Maybe that’s why he was so surprised when he heard the common refrain: “Blacks don’t hunt or fish.”

“It’s like we were invisible,” said Hubbard, an avid outdoorsman who now lives in Kansas City. “We were out there enjoying the outdoors, but a lot of people looked the other way. It was like they didn’t see us.”

From that point on, Hubbard dedicated himself to preaching inclusion in the outdoors. One of the first African-Americans he convinced was the woman who later became his wife, Candice Price.

They worked together on a marketing project in Kansas City and hit it off. Hubbard’s idea of a first date was to go on a pheasant hunt together.

Candice balked at first. “I told him I was a city girl,” she said. “I didn’t want to do all of that stuff.”

But she gave in and tagged along. And she immediately discovered the joys of the outdoor world.

“It was magical,” Candice said. “Watching the bird dogs point, seeing the birds flush, the fresh air—I loved it right from the start. And when Wayne cooked up the pheasants, it was delicious.”

That marked the start of a relationship based partly on a love of the outdoors. Hubbard and Price married in the early 2000s and they immediately joined forces to encourage other African-Americans to become involved in fishing, hunting, camping, and hiking.

The turning point came when they decided to start their own television show, Urban American Outdoors, to give people of color a look at what they could do in the outdoors. It was one of the first in the nation owned and produced by a female African-American, hosted by an African-American outdoorsman and with content-driven by African-American contributors.

“We looked at the outdoor TV shows that were on at the time and we didn’t see people of color,” Hubbard said. “The only time you would see a Black was if he was a sidekick or a professional athlete.”

Price added, “It was about representation. We wanted to change the narrative.”

So the couple came up with a series that not only featured Blacks in the outdoors, but also highlighted African-American history with segments on the Buffalo Soldiers and many of the people of color who were frontiersmen, mountain men, and cowboys who helped build our country.

They filmed a pilot and Price distributed it to some of the contacts she made while involved in television production work. Within a week, they had three offers for national distribution.

Urban American Outdoors began airing on the Urban Television Network. Later, the show was featured on Channel 41 in Kansas City and Metro Sports on Time-Warner Cable. When it was shown locally in Kansas City, the response was overwhelming.

That led Hubbard and Price to establish a kids fishing derby. They reserved space at the kids fishing pond at Wyandotte County Lake in Kansas City, Kan., and expected 50 to 75 kids and their parents to show up. They got more than 300 kids, and knew they were onto something.

“We do the Field of Dreams thing,” Hubbard said. “Build it and they will come.”

“We have our derbies in the inner core, and we get huge crowds everywhere we go. It shows us that a lot of these kids and their parents are interested in the outdoors if they are given the opportunity.”

Hubbard and Price are convinced that there are far more Blacks involved in fishing than polls indicate. For that, they blame methodology.

“All too often, I think they look at centers of influence and judge participation that way,” Hubbard said. “They’re overlooking places where Blacks are engaged. I can take you to places like Mississippi, South Carolina, Alabama, and there’s a huge block of African-Americans involved. And it’s growing.”

Meanwhile, the Urban American Outdoors television show is stronger than ever. It has won more than 50 awards for broadcast excellence, including four Emmy nominations. Both Hubbard and Price have been named to prestigious national advisory boards, many seeking their input on how to make the outdoors more inclusive.

That isn’t to say there haven’t been obstacles, though. They still struggle to get sponsors from the outdoors world.

“I brought our idea to management of one channel and the guy I talked to just had a belly laugh,” Hubbard said. “He told me, ‘Blacks will never support something like that, and white people won’t watch either.

“But today, that channel is gone and we’re still here. Like Candice and I always say, ‘Refuse to lose.’”

Even now, potential sponsors want to drive a narrative about the stereotype they think should be portrayed, Hubbard said. But he and Price haven’t wavered from their goal of showing Black people how they can get involved in the outdoors.

“Engagement isn’t always comfortable to some people,” Hubbard said. “Some of the people we show are going to have dreadlocks, they’re going to talk differently, but they love the outdoors. You can’t segregate outreach.”

Bringing diversity to the outdoors. That’s always been the goal.

“We want to show positive images of Blacks in the outdoors and show them that they have a place there,” Price said. “Nature doesn’t discriminate.”

A version of this story first appeared on FlatlandKC, the digital magazine of Kansas City PBS.