In the Future: These 4 Newcomers Will Help Fix Outdoor Media

If you haven’t already seen videos and stories from these next four content creators, you will very soon 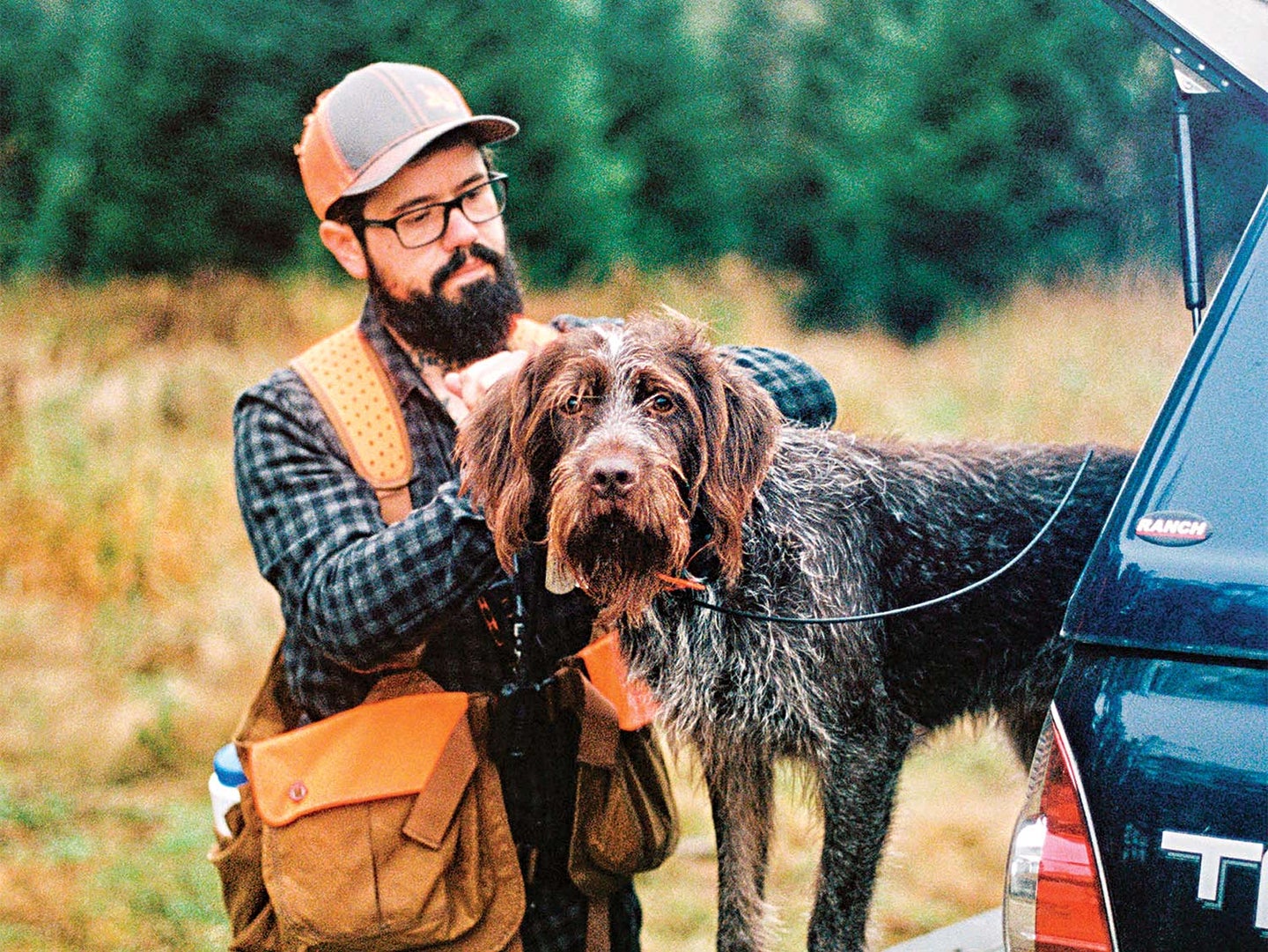 Years ago, Netflix was the only game in town, conveniently delivering DVDs to our doorstep through the mail. Today, there are countless streaming services making more and better content available at the click of a button. The hunting and fishing communities have (finally) caught up to this digital ­revolution.

Beyond the traditional, and highly formulaic, hunting shows, viewers want authentic content that’s about the entire hunting experience, from the camaraderie to breaking down and cooking wild game. Steve Rinella (and the smart people running his company) capitalized on this shift in 2015 when his show MeatEater started streaming on Netflix. You can still find it on the Sportsman Channel, but why would you want to do that when you can stream it commercial-free?

Now, there’s a whole group of show creators and filmmakers ready to take the baton from Rinella, but these days, the best hunting and fishing video content flourishes in the formats of short films or YouTube channel series. If you haven’t already seen videos and stories from these next four content creators, you will very soon.

You know all those cool hunting films that companies like Sitka and Yeti have released in the last few years? The epic slow-motion footage, aerial drone shots, and the cinematography that makes hunting look as exciting onscreen as it feels in real life? Well, many of them were made by content agency Cana Outdoors, which was founded by Ben Potter.

Potter’s formal arrival in hunting media came in 2015, when the short film Dr. Duck dropped as part of the Yeti Presents series. Potter documented the exploits of two diehard Texas duck hunters, Dennis Loosier and Billy Campbell, who travel the country each fall hunting ducks on public land. Their style of hunting—­running hard, chasing the migration, and calling birds close—is what sparked Potter’s interest in making hunting films on a professional level.

“People still come up to me and say that film actually got them into duck hunting—watching the passion Dennis and Billy hunted with,” says Potter, who grew up hunting ducks in California.

More films followed, and Potter began focusing on other species, including Western big game with the sheep-hunting film Tendoys and the elk-calling film The Linguists, though waterfowl remains his true love. All of Potter’s films are gritty, but beautiful. And while lots of production companies have mastered the style of highly produced, cinematic hunting footage, Potter’s films go beyond just looking pretty and usually tell an intriguing story. His new platform, Hunt 41, tells the story of hunting the 41 species of waterfowl across the four flyways, but also acts as a community where duck hunters can connect.

“The one thing I always keep in the back of my mind is that I want to be able to look back and show my son this work and be proud of it,” Potter says. “Not, ‘Here’s a 30-second commercial I shot once.’ ”

2. The Hunting Public: The Everyman’s Crew

This YouTube channel represents everything we love about hunting videos—a group of ragtag buddies heading out on public land trying to punch tags while sleeping in tents, crashing on couches, and surviving on whatever they can find at the local gas station between hunts. Aaron Warbritton, Greg Clements, Zach Ferenbaugh, and Jake Huebschman started The Hunting Public in 2017, and Ted Zangerle joined in 2018.

Their episodes are like the homemade hunting videos you might have tried to make on a VHS camera as a kid, except way better. The crew brings an irreverent and sometimes goofy tone that still manages to be thoughtful and earnest at just the right moments. Ferenbaugh wounded a whitetail buck with his bow in one episode. Where most shows would edit around the mistake, Ferenbaugh walks through the painful details of exactly what happened, never hiding his heartache, never making excuses, and vowing to get better for the next hunt. The show is a breath of fresh air that the hunting industry desperately needs.

The response has been overwhelming. The Hunting ­Public YouTube channel has more than 225,000 subscribers and more than 48 million views.

“It’s important for us to be real and authentic, and I think that’s why we have become popular with hunters—because we are average guys experiencing success and failure,” says Warbritton. “We just spent seven days on public land in Mississippi and killed one turkey. That means six of those days we didn’t shoot anything, but we still had fun.”

You won’t see these guys on expensive guided trips. They focus on DIY deer and turkey hunts, and pair up with all kinds of regular folks and interesting characters along the way.

“We are not experts,” Warbritton says, “but we are showing people what we do on a given day, so they can learn from that.”

For every hunting show “celebrity” in front of the camera, there’s a whole army of talented producers, writers, and editors behind the camera, like Brittany Brothers. Living in New York City, working for Zero Point Zero Production, Inc.—the company behind Anthony Bourdain’s Parts Unknown—Brothers never thought she’d end up in the hunting-show business. In fact, she was against hunting at the time. ZPZ produced Rinella’s The Wild Within, now named MeatEater, and ­Brothers became a hunting convert almost instantly at the show’s premiere. She packed her bags for Montana to become an associate producer for Rinella.

“There was a big spread of wild game [at the premiere], and I couldn’t tear myself away from the buffet,” says Brothers. “I had no idea people ate what they killed.”

From there, Brothers moved to Sitka Gear, which has effectively established itself as one of the cool kids in the hunting industry (largely through its content and marketing). She has a hand in most Sitka content, and often workshops editorial themes for the brand’s films, photo essays, and gear-centric videos.

“The challenge of going from TV to digital is the budgets are tighter, so it forces you to get more creative,” Brothers says. “Digital has to be at least two of these three things: good, fast, and cheap. I’ve excelled at making content either good and fast or good and cheap.”

In the arena of splashy hunting films, the topic of upland bird hunting might have been forgotten—if it weren’t for A.J. DeRosa. The quirky and underrated woodcock was the inspiration for DeRosa’s ­Project Upland, a combination of magazine, podcast, film series, social media, and website. Project Upland plans to release 17 short films this year that will focus on a variety of species and a unique group of hunters.

After George Floyd was killed in police custody, and amid national protests and riots, DeRosa turned Project Upland’s social media platforms over to Durrell Smith, an African-American bird hunter, dog trainer, and podcaster, to comment on the inequality plaguing the U.S. and the hunting world.

“Hunting and community are synonymous, and racism is an enemy of community,” DeRosa says. “It’s our moral responsibility to make this space inclusive—something we’ve consistently failed at. We intend to leave the uplands better than we found them in that regard.”

DeRosa and business partner Chet Hervey have created a brand that hits home with bird hunters new and old. Their films are like moving photo essays, with gorgeous footage accompanied by a heartfelt voiceover…and plenty of great bird dog action.

Project Upland partners with brands, but its content isn’t marketing-driven, like some old-school hunting TV shows. It is one of the first hunting platforms to deliver a consistent stream of films for no other purpose than to tell a cool story.

“When you make a TV show that has to run 22 minutes and 30 seconds, it can be a story killer,” DeRosa says. “Films aren’t hamstrung by time. You tell a story until it’s done being told. When you watch one of our films, it grips you. It leaves you wanting more.”