Keep your dove season alive with these proven tactics 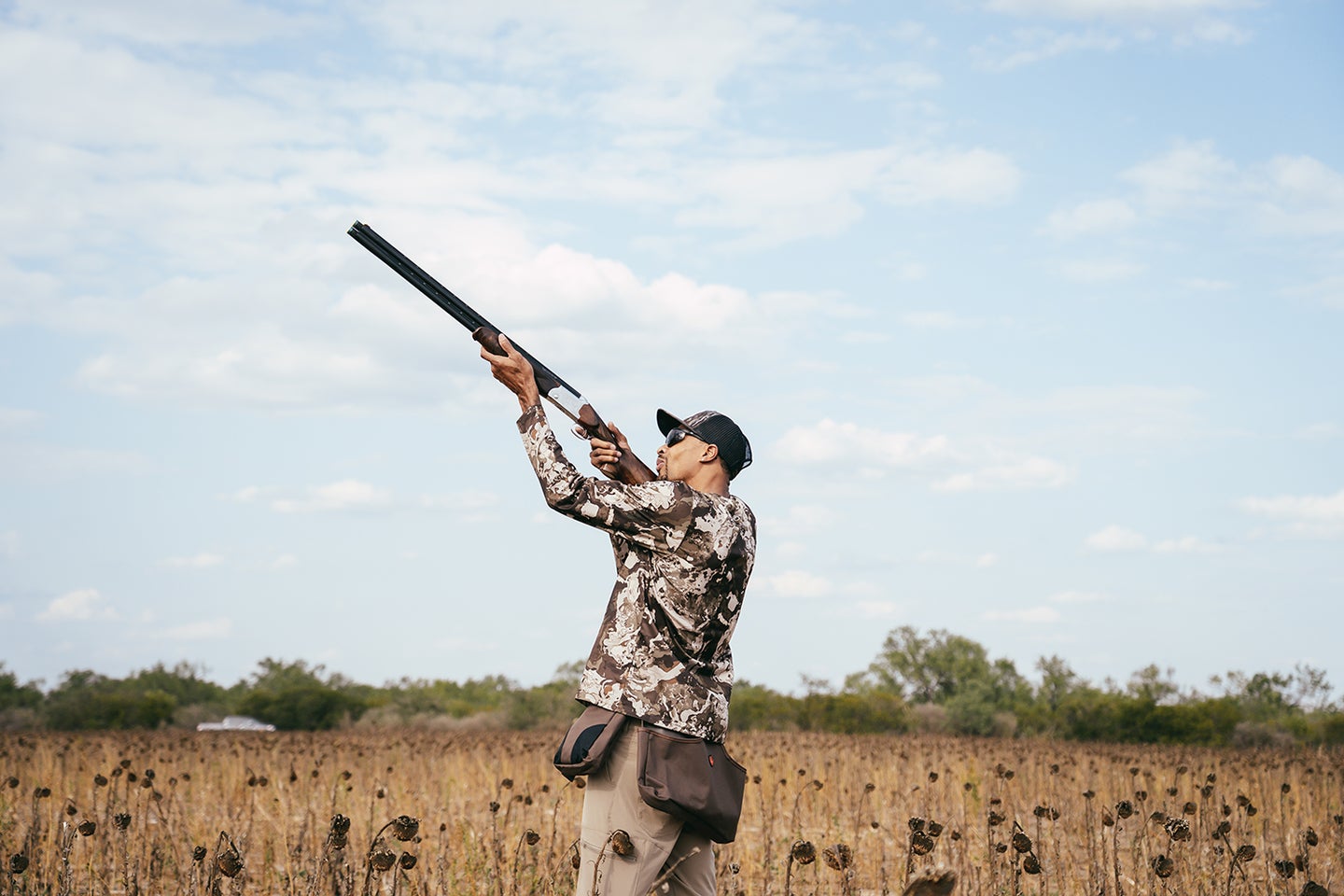 I never want dove season to end…ever. It’s the best and most consistent bird season the average hunter has here in central Illinois. The ducks and geese don’t migrate in droves anymore during the fall, and killing a wild pheasant is tougher than my mom’s meatloaf. But I can almost always count on a few decent dove shoots every summer. By that I mean four or five hunts where I shoot more than five birds. Then I’m hopeful for another handful of hunts where I shoot two to four. Maybe that doesn’t seem like much to a Texas or Arizona dove hunter, where the birds are plentiful. But that’s the harsh reality in my neck of the woods, so I try and do the best with what I have, which is a private 1.5-acre sunflower field my brother and I plant each spring and a few public spots that get pounded badly the first week of the season.

To shoot as many doves as possible, I’ve found that the conventional route of sitting on a five-gallon bucket over spinning-wing decoys only works for so long. Doves are pretty wary birds once they start getting shot at, and if you pressure them, they’re gone. That’s why public land (at least where I am) is really only hunted the first few days of the season. Birds get shot up, and push on, and it’s over—all that time and hard work spent planting by state employees goes up in smoke in a weekend. But that doesn’t stop me from going back to such places a few weeks later to try and scavenge the few birds that remain.

If you’re not ready for dove season to end, there are a couple proven tactics I have used over the years that work. They may seem a bit odd, but trust me, while your buddies are at home on the couch complaining that the birds have all gone south, you will be shooting doves.

1. Take the Wings Off the Mojos

Most hunters only have one or two dove spinners. I get it. They hunt doves once or twice a year. There’s no reason to have any more. But I will use 6 to 10 later in the season. After the first week, I will take the wings off multiple decoys and just stake them out in the field on the Mojo poles. Some folks like to use dove decoys that clip on to the sunflowers or wire, to mimic doves on a powerline. Those will work too. Watch how birds use the field and set up the decoys accordingly. Sometimes doves will fly straight to the ground. When I see that, I prop decoys upright on the ground as long as the field is not too weedy. If the birds can get a good visual on the decoy, you should try this. You can also use Mojo’s Dove-a-Flickrs. If birds are landing on flower heads first, I keep the spinners on their stands.

You can also leave the wings on a few decoys, place them on the outskirts of a small field and turn them on. This probably won’t work on a 10-acre flower patch, but on more diminutive tracts, it will. I put the spinners near gravel, water, or any place I think a dove might feel comfortable. Sometimes doves will land with the spinners, but then they will likely come over to the field to feed. You have to be patient, and let them come. You can try to get up and flush the doves, but they’ll often take off before you can get into shooting range.

Since I mainly hunt a small private field, I park my truck about 100 yards away on late-season afternoon hunts, load my gun, and sneak into the field as best I can. Many times there are doves on the ground feeding that I can’t see, so it essentially becomes a quail hunt for doves. I’m hoping to get in the field stealthily enough that the birds won’t flush until I’m in shotgun range. This is a good way to shoot multiple birds, because when doves get up, they typically do it all at once. This has worked best for me on hot afternoons. In some years, we will have a few scorching days in the second or third week of September, and that gets the doves feeding.

There are more acres to roam on public land, and by mid-to-late September, there’s not a soul out hunting, so I just lace up my hiking boots and walk the fields, hoping to flush a few birds. More times than not, I won’t see a bird, but I have gotten into a few decent shoots this way. You just have to be ready all the time. You truly need to treat it like a quail or grouse hunt. And you’re only likely to get one or two chances most days, so you want to make the best of it. Be sure to stop and look around every so often. Doves are tough to see on the ground, but you might be able to spot one if you take a break and use your eyes.

Read Next: 10 Tips to Shoot More Doves This Season

Most of the time, it’s impossible to see doves in trees. I once saw a dove land in a dead tree with no leaves left on it. It hit the branch and walked down the limb a few steps and disappeared. That showed me how smart these little birds are. But in my experience, one thing doves won’t do is hold tight in a tree when you walk up to one. So later in the season, or on a day that the doves aren’t flying, I just walk treelines and try to spook them out. And the trees don’t have to be around the field you are hunting. Try lakes and ponds as well (doves gotta drink). When crops are harvested, walk the field edges. It doesn’t matter if it’s October or November. If there are wasted corn kernels on the ground, there’s a good chance doves will find them even if it’s a cool day in the 40s or 50s.

I know not everyone has their own private field, but if you do, it’s smart to plant a cover crop in September or early October. It returns nutrients to your field, plus it extends the dove season. A few years ago, the doves (and deer) pretty much ate out our sunflower field by the third week of September. So I worked the field over and planted winter wheat in hopes of luring in a few more doves (it’s legal to hunt doves in this way as long as what you are doing is a normal farming practice, which planting is). The next morning, my step-dad called and told me to get the hell back out there because birds were in the field. I had one good afternoon hunt, but then we got a gulley washer (doves seem to loathe heavy rains) and it was over. But every few years, I still plant wheat in the fall and it attracts doves. I also like to plant because then there’s no need to rotate the field into another crop in the spring. We can always have sunflowers, which is what I have had my best hunts over.

5. Be Ready in November

My deer hunting buddies get calls from me all the time in the weeks leading up to Thanksgiving. I don’t much care if they are seeing good deer, though I will indulge them (for my own benefit, of course). What I want to know is if the doves are in. This doesn’t happen every year, but occasionally there will be a day in November that the doves are just everywhere. I don’t know if these are hardy doves that wait to migrate until late fall, but when they’re in it’s for a very short amount of time. It’s mysterious because there’s no real way to predict when they will arrive. Doves have shown up in unseasonably warm and cold falls. As long as it doesn’t occur during gun season (or my buddies aren’t chasing a nice buck), if I ask to hunt their lease or property, I get the go ahead. I just ask them where the birds are flying and stake out the spinners. And if they end up flying in a different spot, I just move to meet them.