There’s a rigid set of rules that go with hunting early whitetails, and sometimes those rules need to be broken 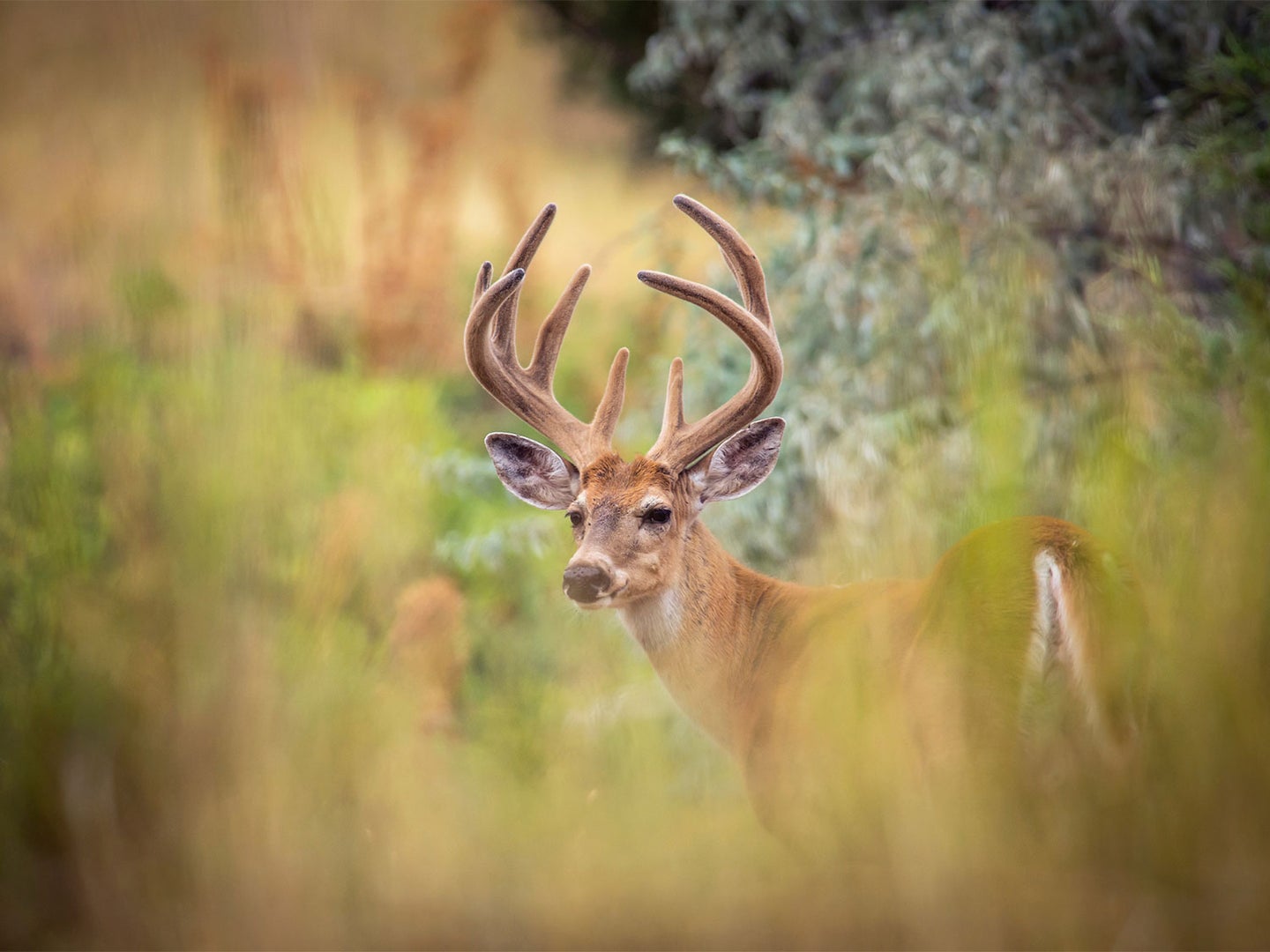 The opening weeks of deer season bring renewed excitement, promise, and enthusiasm. They also bring a fairly rigid set of “rules” that most deer hunters have adopted as rock-solid truth. Early season tactics center on feed-to-bed patterns (and rightly so) and are typically viewed as a game of patience. But what if the things you think you know about hunting early season whitetails aren’t actually based in fact? Odds are, many of them aren’t. So let’s dive into a few myths that need busting.

1. Mornings Are a Waste

I’m ashamed to admit that I once bought into this myth in a big way. Morning hunts during the earliest stages of deer season, say September and into early October, were taboo. You simply couldn’t hunt the mornings without risk of screwing up the rest of the season by bumping deer on the way to the stand. And this is a fact—if you bumble around fields and food sources. However, if you know how to look at a map and follow a path saved on a mobile hunting app like HuntStand, there’s really no reason that should happen. Avoid deer that are likely feeding in ag fields and primary food sources in the pre-dawn darkness and you could have a pretty good morning of activity. Hang a stand on a travel route that takes those deer back to their bedding areas, and access that stand from a route that avoids bumping them. And just like that, you’re in the game.

2. Early-Season Scrapes are Only Hit at Night

Yeah, and turkeys only gobble in the spring, right? Well, that’s interesting because I’ve not only heard turkeys gobbling throughout the fall, I’ve also seen bucks working scrapes with fevered intensity in September and October. The fact of the matter is this: There’s plenty of scraping activity after dark all season long. And there is plenty of daylight activity all season as well.

I’ve found scrapes that are located in an area of security to be especially active during both morning and evening hours. One of my preferred September setups is in an area of active scrapes along the edge of standing cornfields. Bucks seem to feel plenty safe when hidden between the timber and the tall stalks of corn. And there are usually no shortage of scrapes along those edges.

Yes, it does. So long as you understand the type of calls to make and don’t expect to see the type of frenzied reaction you may see in November, the early season can be a promising time to work some vocalization.

Typically, fawn bleats and and light grunts are the most effective. This isn’t the time to blind call and hope something shows up. Call to any bucks you see and want to bring into range. It isn’t a fail-safe tactic. Your calls are just as likely to be ignored as they are to produce a positive reaction. But calling can, and does, work from time to time and if a big buck is just out of range there’s no reason not to give it a shot. Light rattling can sometimes be effective as well. You’re not looking to sound like a knock-down rut battle royale. Instead, you’re looking to simply mimic the sounds of friendly sparring that often takes place in the early season.

4. Deer Won’t Feed on Beans That are Turning Yellow

So this one isn’t exactly a myth. In my experience, deer do seem to prefer beans that are green over those that are turning yellow and starting to dry down. But that certainly does not mean they won’t feed on them. More likely, deer will continue to frequent those yellowing fields and will simply seek out the plants that are still green. Even in fields that appear to be fully mature and drying down, there are pockets of green plants intermixed. If food sources are limited, those yellowing fields will remain a primary draw.

5. You Shouldn’t Be Too Aggressive

I spent a whole lot of seasons watching big bucks from afar. Then I decided that was kind of silly. If I couldn’t actually kill the deer, was I even really hunting? There is something to be said for the use of caution in the season’s earliest days. You don’t want to just barge in and let the deer know they’re being hunted. At the same time, there is such a thing as being overly cautious. Early-season deer are fun to hunt because of their predictability. They tend to visit the same food sources along the same travel routes unless they’re disturbed. But they won’t keep doing that forever and every day you spend watching those bucks move along out of range is a day wasted.

If you see a good buck on a food source, make note of where that buck entered and left that food. Use an app like HuntStand to zoom in on the area and mark the ideal tree (the apps 3D version is especially useful for looking at terrain in detail). Then, at the first logical opportunity, adjust your setup. Sure, you’ll leave some scent around. Yes, you run the risk of spooking that buck. If your goal, however, is to fill your tag, then that’s a risk that needs to be taken.

OK, so this isn’t a full myth. There’s been an awful lot of focus lately on hunting “buck beds” and such…and there is some merit to the tactic though I’d argue it’s not actually the beds that are being hunted but the security cover very close to the actual beds. That’s something I’ve done for years and it does indeed produce.

This is especially true when you’re hunting deer that are heavily pressured. This tactic can also pay big dividends early in the season. This is, in fact, one of the most reliable methods of targeting mature deer in areas where few exist because of intense hunting pressure. The classic “bed-to-feed” patterns simply do not work in those instances because those bucks seldom show up on the food in daylight. Your best bet is to hit those deer very close to where they bed. Targeting thick cover is the deal. You aren’t looking to literally hunt the buck in its bed (despite the YouTube chatter saying that’s what is happening), but you’re trying to hunt that buck very near its bed. Yes, this is a high-risk tactic. If you bust a pressured buck near its bedding area, odds are high that buck will become almost impossible to target again in that area.

7. Decoys are For the Rut

I’m actually not much of a deer decoy fan. I’ve tried my best to fall in love with them and simply can’t because I’ve had far more negative experiences with them than positive. Interestingly, the majority of the positive experiences have taken place early in the season.

The tactic was borne of frustration. I’d been seeing a couple of decent bucks hitting a bean field every evening. They were typically some of the last deer to arrive before darkness fell and they didn’t seem to really have a preferred point of entry so I couldn’t set up on them based on a specific point of origin.

What they did do, however, was step into the field and begin feeding toward any other deer that were already in the field…typically does and fawns. If they didn’t see any deer, they didn’t hang around long. I figured I had nothing to lose so I staked out a couple of doe decoys in the field about 60 yards past my stand. The goal was to get the bucks to focus on those decoys and feed their way toward them. I didn’t expect the bucks to end up right in the decoys, because that’s not what they did. They would feed toward toward other deer but not right beside them.

Lo and behold, it worked. The bucks that hit the field weren’t ones I wanted to shoot at that time. But they saw the decoys and fed right past my stand toward them.

So don’t be too tied to the rules of hunting the early season. Get creative and if you see an opportunity to get after a buck you’re targeting, make sure to take it.