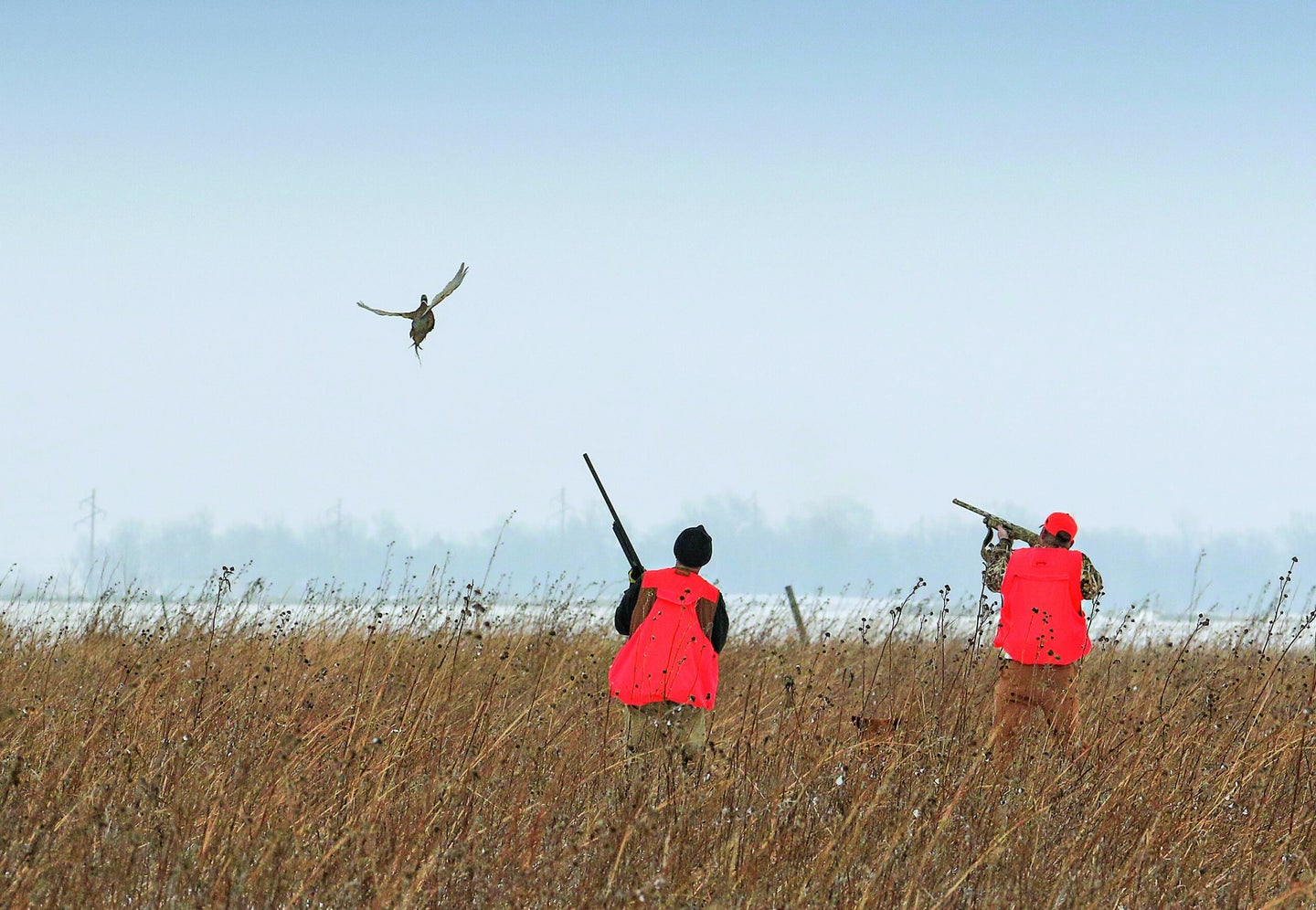 A gimme turns into a whiff on a late-season rooster. Dean Pearson
SHARE

Ducks become call-shy and pheasants grow wary as fall inches toward winter. These are the doldrums of bird season, when there are fewer shots to be made on educated greenheads and roosters. You aren’t killing as many birds, and shotgun accuracy begins to suffer.

You shot clays and practiced shotgun drills all summer, but once opening day arrives you only care about wild birds. That’s a mistake. You need to keep your edge through continued clays shooting during the fall. These drills will help you break out of that midseason slump.

Caitlin Connor is one of the best skeet shooters in the United States. She is also a duck hunter. One of the things she hears in the blind most often when guys whiff on a bird is, “I shot behind it.”

When Connor shoots skeet, her focus is solely on the front edge of the clay, from the moment she picks up the target in her vision until she breaks it. That transitions to better shots on ducks as well, because she uses the same focus when a mallard flutters into the decoys—-her eyes are always on the leading edge of the bird. If you are missing, go to the skeet range and watch clays fly from the high and low houses from each station without your gun. Once you feel your focus is back, shoot a couple of rounds.

“If you know that you shot behind a bird, that means your eye is focused on the wrong place,” Connor says. “If your focus is on the target—clay or mallard—it’s bound to break or die.”

Train for the Real Thing

Dave Miller is a pro shooter and shotgun product manager for CZ-USA. He says one of the biggest mistakes hunters make is going to the range without purpose. In order to get out of a -shooting funk, you need to practice as if it’s the real thing. Miller is an avid upland hunter too, so he shoots a lot of trap, but not in a conventional way.

Miller dons a blaze-orange vest at the range and plants himself right -behind the trap house (not the marked -cement yardage pads), holding the gun at his side as he would afield. He calls for the bird and then adjusts his feet to get in an optimal shooting position before bringing the gun up. He does this from different stances just as he would in the field. Duck hunters can replicate shooting from a pit or blind by shooting skeet while seated on a 5-gallon bucket at each station and standing up after calling for the target.

Don’t get caught up in the number of clays you’re breaking. They are tougher to hit than a wild bird. You will see better results in the field even if you’re connecting on only 50 percent at the range.

“You may feel out of place in an -orange vest, with a bunch of shooters staring, but don’t let that stop you,” Miller says. “A lot of bird hunters just go to the range and shoot trap high gun. But that’s not going to help you as much because that’s not how we shoot pheasants and chukars.”