Capturing a special moment in time after a successful hunt is personal. But it’s also a moment we want to share 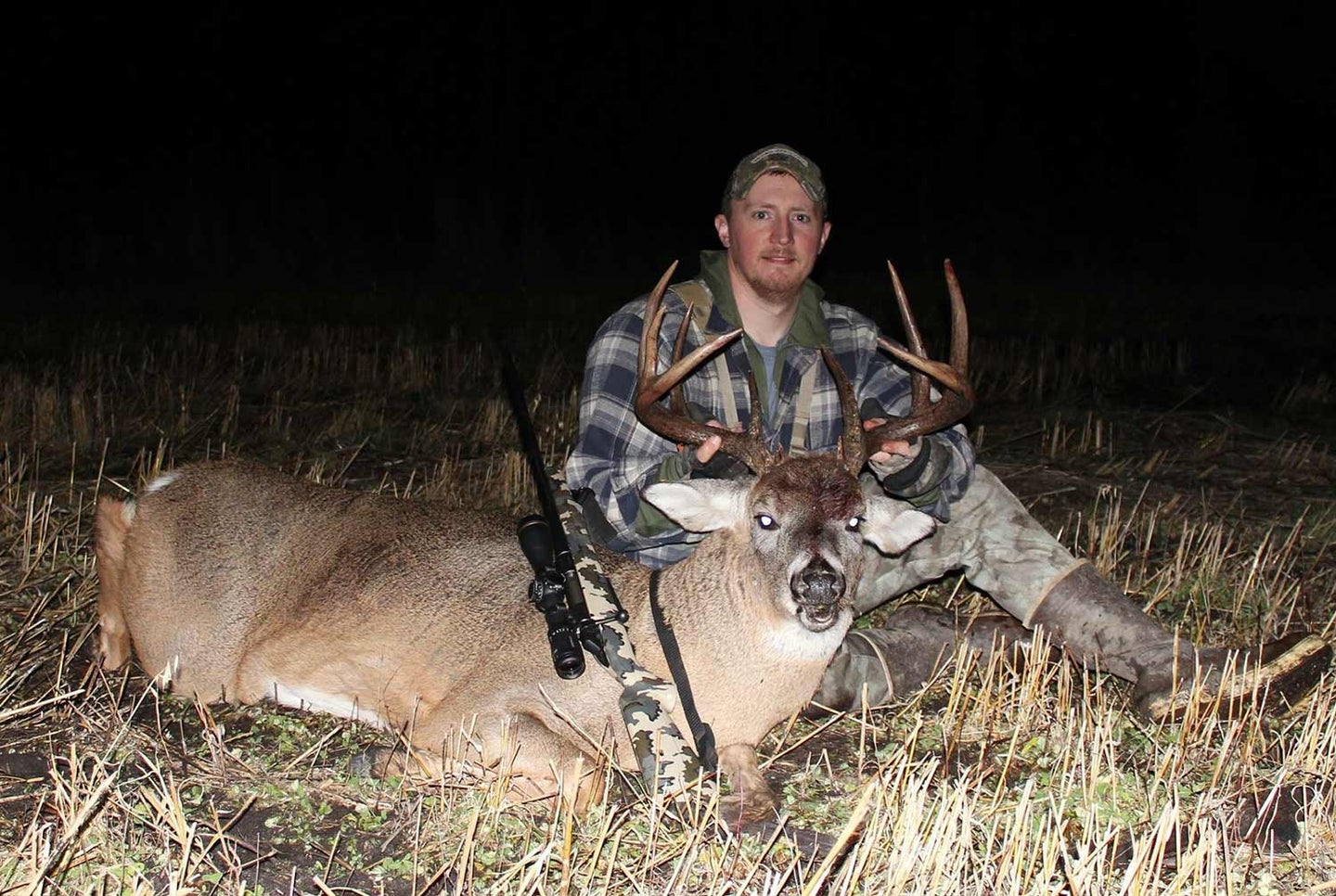 The author after a successful whitetail hunt. Tyler Freel
SHARE

One of the most special moments of a hunt to me is the short time after pulling the trigger and before packing out an animal. Sometimes it’s on an evening hunt for bears, a morning of flushing grouse, or maybe it comes after a week of chasing rams around in mountain crags.

In every case, that moment after I take an animal is special to me, and I often take photos. Sometimes I’ll take photos of just the animal, but more often it’s me smiling in the picture with the animal. Not only am I happy to have been successful in the hunt, but I’m also getting to admire the critter up close—looking at a ram or grizzly bear in his entirety, knowing that in half an hour he’s going to be boned out in a Kifaru backpack.

The caping and quartering is a necessary next step of the process, but I want to remember the animal whole, too. So I take pictures, immortalizing the moment. I’d be willing to venture a wild guess that the vast majority of hunters who take photos with the animals they kill do so primarily to keep the memories of that very special moment crisp and alive for years to come, much in the same way taxidermy mounts do. I’m sure there are a few who only do it to impress others, but if that’s your reason for hunting, you’re not getting the full experience.

Why bring this up you might ask? Well, for one, it’s deer season in the lower 48 right now and hundreds of thousands of grip-and-grin photos are being taken, texted back and forth, and posted on the Internet. Believe it or not, there is what some might consider a movement to stop taking “grip-n-grins,” or trophy photos altogether, voiced by a few digital influencers in positions with a lot of exposure. Now, each person should follow their own ethical convictions. Love taking grip-n-grin photos? Great. Don’t want to take them? That’s great, too.

But it’s worth tracking recent trends in hunting photo etiquette to get an understanding of how people are thinking about what it means to kill an animal, and how they are portraying that to the world. So let’s take a look at how we got here. First, there was the promotion of the fake somber trophy photo—a face filled with regret and reflection for the camera. Next, it was the “grip-n-grin 2.0,” where the hunter takes a picture holding the carcass of the animal, cleaned of meat. In the latest iteration, even taking the photo goes too far. The voiced reason for not taking these photos is to avoid offending anti-hunters, and those folks who might be undecided about hunting.

I believe that in this age of connectivity, we do carry an obligation to do our best to present ourselves as hunters in a positive light, and at times refrain from things that will either intentionally or unintentionally flare tempers and bring unnecessary scrutiny to what we do. However, I think the argument that refraining from taking trophy photos will help hunting (and fishing for that matter) as a whole is more of an attempt to gain notoriety than it is to genuinely promote hunting. Much like putting on a sad face for the camera in a self-serving attempt to convey respect for the animal you just killed, promoting the idea that we are better off not taking a photo is an attempt to set a trend.

Why would this practice not have a net positive effect for hunters? Sure, the fewer photos of proud and happy hunters with their animals circulating, the fewer anti-hunters will be inflamed, and perhaps a few folks on the fence might not be offended and decide to oppose hunting. But I don’t buy that making an effort to hide what we do and why we do it is the answer. Sure, it is an individual decision, but to promote the idea that we shouldn’t capture that moment in time for ourselves and share with others in a positive way, implies that what we are doing is somehow wrong. This doesn’t mean it’s OK to be tasteless and rub it in everyone’s face, but if you feel the need to conceal what you are doing, you might want to re-evaluate if doing it in the first place is right for you.

Then there’s the matter of new hunters. These folks can be particularly sensitive to influence, and are still forming their opinions about things like this. Taking photos with an animal you just killed may not feel natural for some new hunters, and that’s ok, but for just as many, successfully killing an animal is an exciting moment to celebrate, be proud of, and remember with a photo. Denying them the right to do that would be a disservice. If new hunters are going to become life-long hunters, they need to have fun, kill animals, find satisfaction, and get encouragement from other hunters. Sharing photos is one way to do all of the above.

So if a grip-n-grin helps you remember that special moment, whether it’s a squirrel or a grizzly bear, take it. Be conscious of the images you take, and where you put them, but don’t hide what you do or the reasons why you do it. I love seeing trophy photos, and I don’t care what animal it is, big or small. It’s a window into a very special moment in time for a hunter, and I can’t help but feel that through the photo, I get to share in the moment.