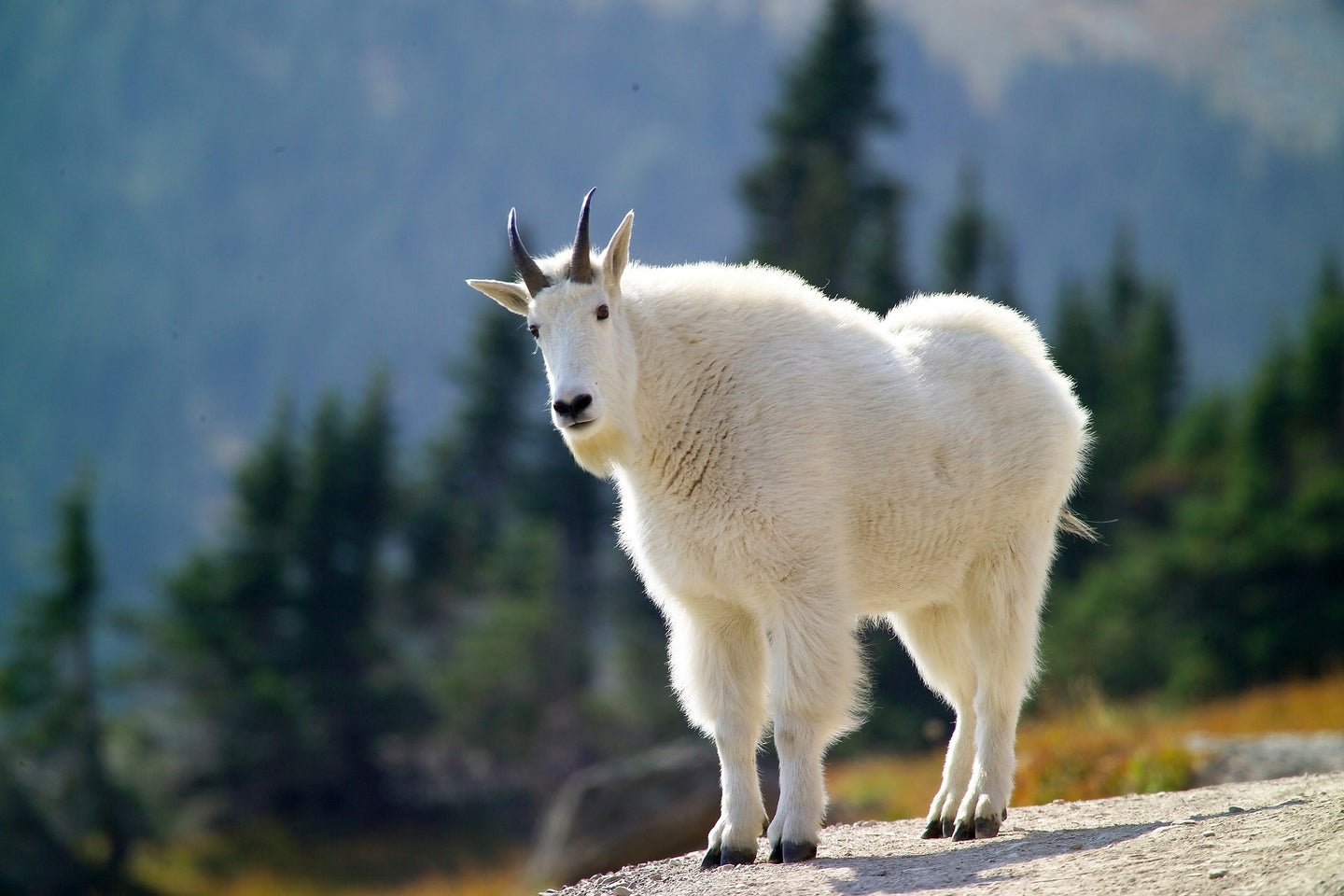 The National Park Service decided to cull invasive mountain goats with aerial gunners, but they could have turned to sportsmen. Pixabay
SHARE

Most of us would agree our national parks are treasures that must be protected and conserved so future generations can enjoy them as much as we do. Part of that protection is wildlife management, and although the government body in charge of the stewardship of these lands (the National Park Service) typically operates with a minimal human interference mindset, there are times when it must step in.

If you haven’t heard, by now, gunners in helicopters are swooping around Grand Teton National Park, with the goal of eliminating the mountain goat population labeled as invasive to that area. The reason for this is to protect the relatively fragile local bighorn sheep population. Bighorns are extremely sensitive to pathogens carried by domestic sheep and goats, that can also be transmitted to and carried by Rocky Mountain goats. The science and reasoning behind the extreme management is understandable, but hunters in Wyoming and other western states should be scratching their heads, wondering why we would pay for this operation (through tax dollars) when hunters could have fulfilled dreams of hunting goats and helped in this management?

Hunters have proven time and again to be one of the most valuable and affordable tools for wildlife managers. You might be surprised to find that hunting in several national parks (not just preserves) is allowed under certain circumstances. The Grand Teton NP has an elk reduction program that allows hunters to cull elk within the park boundaries so the population doesn’t get out of control. Several parks in Alaska also have allowances for subsistence hunting. So why wouldn’t they create a program for hunters to eliminate these goats?

It might help to know that both the “elk reduction program” and subsistence hunting allowances in parks created in Alaska in 1980 are congressionally mandated, not agency policy. In other words, the NPS didn’t voluntarily decide to let people continue their subsistence lifestyle in Alaska, or use hunters to keep elk numbers in check in Wyoming, Congress made them do it.

If the NPS was really looking for a win-win, in the past seven years, they would have easily been able to create a program to vet and license scores of hunters with a say-no-more attitude, willing to participate in the hunt of a lifetime, take an active role to protect a fragile species, and put meat in their freezer. This method has been used successfully to eliminate small infected populations of bighorns in other places, so why not here? Aerial population control (as most of us here in Alaska are familiar with) is sometimes a necessary tool to achieve management goals, especially with predators. Ironically, the NPS has repeatedly publicly opposed those measures when used by the State of Alaska. However, I believe that this is a prime case for hunters to do the brunt of the work. A USA Today article does make mention of “ground-based” hunters but states that it won’t happen this year. There is also a lack of specificity as to whether it would be “public” or “contracted” hunters.

Read Next: Spot and Stalk Hunting the Goats of Kodiak Island

If I were to speculate, I would say that the core of the issue is the general ideology of the NPS that is against hunting, or human involvement in general. Look at its policies and decisions and you will also likely come to that conclusion. The article went on to say that they will “try” to recover some of the goats for research, but the basic plan looks to be leaving most of the goats lie dead for scavengers. Is that better to having you or I step off a trail to enjoy a hunt, collect meat and help achieve the end result of eliminating the goats?

I’m sure it’s a somber choice to kill all these goats, but the NPS decided it needed to be done. The NPS could have used this opportunity to help educate park goers and the public on how hunting through vetted, license buying citizens is sometimes necessary (even within park boundaries) to manage wildlife. Instead, they’re firing up the helicopters.