We follow the venison from sanctioned elk and deer culls, plus the meat game wardens confiscate from poachers, to see where it actually ends up 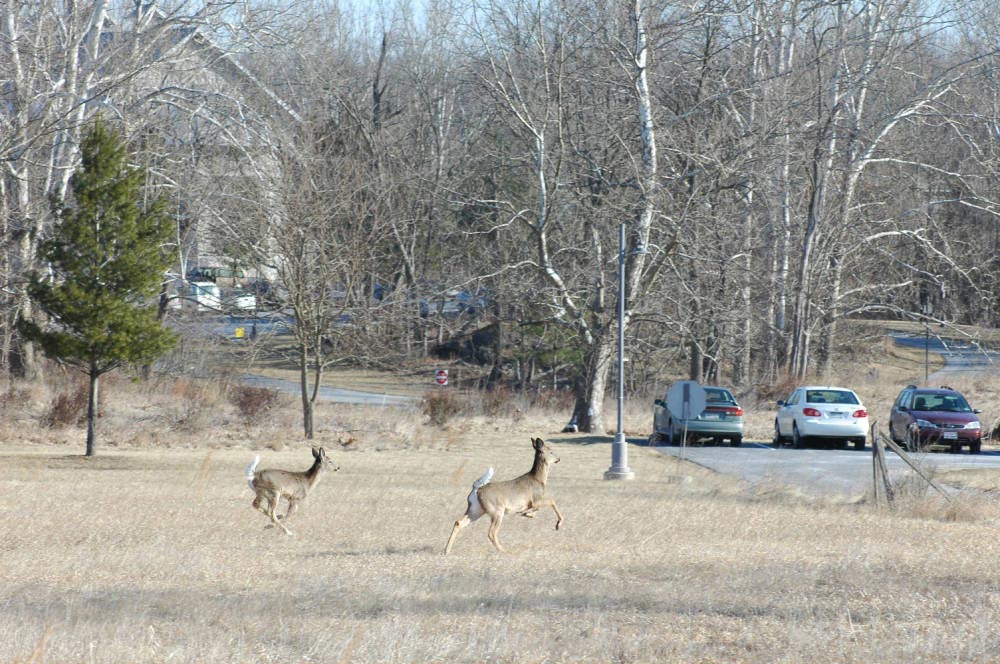 Urban deer populations are on the rise in many communities across the country. USFWS
SHARE

Thanks to everything from culling urban whitetail populations to elk herd management, and meat confiscation by conservation officers when lawbreakers poach animals, state agencies are ending up with wild game they can’t keep. So what do they do with it? Agencies will donate hundreds of thousands of pounds of venison, waterfowl, etc., to food banks and processors across the country each year, but the practice isn’t standardized. Where does that meat actually go? Does it feed the hungry? Does it ever go to waste? We tried to answer these questions by talking to state wildlife agencies and the groups that help distribute this “free” meat. It’s unclear if every state donates confiscated and culled meat. But after extensive research and interviews it looks as though most of this meat is making it into the freezers of the people who need it most, and very little is wasted as long as it is safe for human consumption.

Last month, an animal-rights group posted images on Facebook of elk quarters stacked in piles, alleging that the Idaho Department of Fish and Game “slaughtered” the elk. In reality, IDFG partnered with the University of Idaho in a cull of more than 200 animals to address over-population issues.

UI was conducting a research study on how to better control elk depredation of agriculture. Shooting elk was only one of the practices used to stop the wapiti from eating crops. In other regions of Idaho, fences had been erected to keep elk at bay, and in another area, officials applied a foul-tasting repellent to crops, encouraging the elk to feed elsewhere.

“We have a number of places where elk come every year and damage standing and growing crops and we are liable as an agency for those damages,” IDFG wildlife manager Mike McDonald told EastIdahoNews.com.

According to McDonald, all the elk were quartered out. A freezer truck was on site, and when it filled up with carcasses, the truck took the meat to a processor (about every 10 days).

Jeff Schroeder of Idaho Hunters Feeding the Hungry acted as the intermediary, delivering much of that elk meat to local food pantries. Years ago, Schroeder worked with the state to change the law so wild game meat could legally be distributed to folks in need. There were a total of 206 elk of various sizes culled. Schroeder said if you estimate each animal yielded about 100 pounds of meat, which is very conservative (a mature cow would give you 130 to 150 pounds of venison, bulls more than double that amount), that’s 20,600 pounds of meat. The elk are all turned into ground venison at the processor and measured out into one-pound bags.

“If you eat a quarter-pound of meat at every meal, that means we provided 82,400 meals for less fortunate people who are in need,” Schroeder says. “They aren’t people working the system, for the most part. They are people with two and three jobs, trying to feed their families.”

Schroeder can’t say every ounce of the elk meat was consumed. That’s an impossible task: He doesn’t know what folks do with the meat once it’s in their freezers. But the pantries keep asking for it, so presumably people are eating the meat.

“I do know the people running these ministries are trying to distribute the food,” he says. “And most of the less fortunate are eating stuff like old donuts, so when they get meat, I think they are going to eat it.”

Including hunters in the cull would have ensured all the meat went to good use. But in this case, many of the elk were shot at night, because that’s when they were feeding. So, it would not have been safe for multiple groups of hunters to participate.

The elk were also on private land, which is another hurdle state officials face when conducting a cull—many private land owners won’t allow people they don’t know to access their property. Some states, like Nevada and Wyoming, have or are considering increased big-game quotas during hunting seasons to try and better control populations.

“I’m a hunter myself, and have lived in Idaho for over 10 years,” Schroeder says. “I’ve gone elk hunting eight times and haven’t shot one yet. I would love to be able to do that, but know many families are eating the best source of protein available. That makes me happier.”

What to Do with Muley Meat?

Mule deer have overrun some neighborhoods in Colorado Springs. Some of these deer are likely infected with CWD, so until that can be determined, relocation is impossible—they could infect otherwise healthy species. But the city government has not yet decided what to do about the overpopulated deer.

“We have two big camps that are interested in this issue,” says Frank McGee, a state manager for Colorado Parks and Wildlife. “There are people that feel the deer need to be reduced for human health and safety, and another group that feels the deer need to be protected.”

If the cull goes forward, the meat from the deer will be tested for CWD. It’s a lengthy, and oftentimes costly process, but if there is salvageable meat it will be distributed.

In situations where deer have to be euthanized by the proper authorities (and are disease-free), the meat does not go to waste. In fact, a local Colorado Safari Club International chapter will pay to have dead deer processed and sent to food pantries.

“It varies from place to place and time to time,” McGee says, “But if we confiscate an animal…many of our officers know individuals that can use the meat, particularly in the rural parts of the state, and will get it to them.”

When Game is Poached

If an Illinois Department of Natural Resources officer confiscates meat from someone who has broken game laws, there are no hard and fast rules about where the meat goes. Typically, conservation officer Scott Avery makes the lawbreaker take it to a food pantry.

“I will go with (offenders) to the food pantry, and we will do all the necessary paperwork,” Avery says. “The pantries and missions are always happy to get meat.”

When nuisance animals are dispatched, it’s a similar process. If resident Canada geese infest the lawns and sidewalks of a local business and the Illinois DNR initiates a cull, Avery will take that goose meat to a pantry. If a situation arises where game meat is questionable or clearly spoiled, he will drop it off at a local wildlife sanctuary to feed its resident predator species.

“If I have to shoot a goose, it gets breasted out and taken to the South Side Mission (a nearby pantry),” Avery said. “I do the proper paperwork so there’s no discrepancies.”

Not all of this game meat is salvaged, but I spoke with enough DNRs and wildlife agencies to feel confident most do the best they can to get it into the hands of folks in need. In some cases, the meat is wasted.

Last month, multiple media outlets reported, and commented on (including Outdoor Life), that professional shooters culled mountain goats by helicopter in the Grand Teton National Forest. The cull took place to keep the goats from infringing on a vulnerable bighorn sheep population. Because of the difficult terrain, the National Park Service decided to carry out the operation by air, and most of the meat from those animals did not get recovered, at least in the beginning stages of the cull. Since the gunners were shooting from helicopters and the terrain wasn’t always conducive to landing, many of the goats were left where they fell.

A 2013 report by the Washington Post detailed a health department throwing out 1,600 pounds of wild game, but no state DNR or wildlife agency had any involvement.

Most of this confiscated meat is making it to pantries. The only recent report of waste was the Grand Teton mountain goats. If an animal is taken illegally and a warden confiscates it, you can feel confident it’s going to a food bank (if it doesn’t need to be kept as evidence or is spoiled). When large deer and elk culls take place, there are boots on the ground ready to field dress the animals and organizations and state agencies willing to pay for processing fees.

“My agenda is to feed people, McDonald said. “We’re serving the working poor—people with kids who need to eat. I don’t know why everyone can’t understand the benefits of (cull) meat.”