Condition, train and feed your sporting dog like the pros. 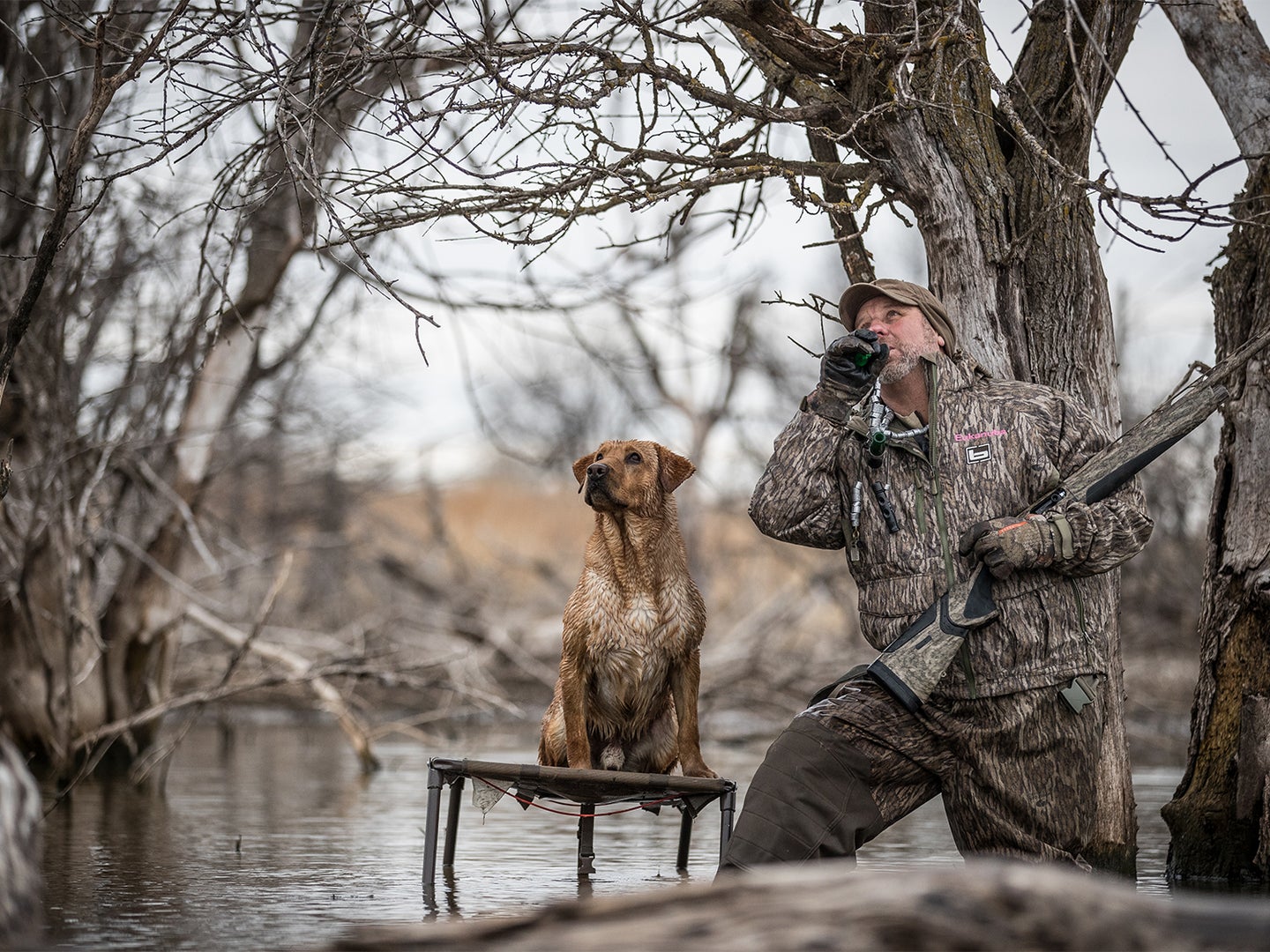 Championship-caliber sports teams cultivate a winning mindset; a culture of accountability permeates the team, an iron-sharpens-iron mentality of pushing each other to be the best is obvious in practice and each athlete takes their health and wellbeing seriously, understanding that they’re part of a greater whole. When each of the small pieces come together, flawless performances and victory result.

The approach is the same for champions in competitive dog sports. Just as coaches foster a winning culture in ball sports, consistently successful trainers set standards and expectations for their dogs. Breaking down difficult concepts into manageable pieces during training and slowly building the dog’s understanding and confidence is no different than teaching a rookie point guard a new pro-level offense in the NBA. Likewise, physical conditioning, caloric intake and proper nutrition are just as important for canine athletes as they are for humans.

The difference is: canine athletes are dependent on their owners, trainers and handlers to put them in situations where they can thrive. Dogs don’t determine training schedules, complexity of drills, and the kind and amount of food they eat. That’s all on you, the owner and trainer.

When it comes to putting titles on dogs, Chris Akin is akin to Duke University and Hall of Fame coach Mike Krzyzewski. Krzyzewski is the winningest coach in all of sports and Akin has put more titles on Labs than perhaps any other trainer. Akin owns Webb Footed Kennels in Bono, Arkansas, and has been training professionally for over 30 years. His kennel houses 100 dogs which he works from February to November. When the training and competition end in November, Akin hunts ducks every day of the season with friends and family.

Akin focuses on the AKC and HRC hunt-test circuits throughout the South and southern Midwest. He breaks down difficult retrieving concepts involving multiple marks and blinds on land and water into a more basic process. He runs single marks or blinds, repeats several times, and then gradually advances to more complex and distracting setups.

Similarly, Jeremy Criscoe of Blue Cypress Kennels in Florida trains British Labradors for AKC hunt tests throughout the Southeast and for hunting. During the season, Criscoe trains dogs from Tuesday through Thursday. He then shifts gears and guides hunts on a Florida plantation for upland birds and waterfowl for the rest of the week. In between, he takes dogs across the pond to pick up at shoots in the United Kingdom in preparation for field trials there. Criscoe has the only American-bred and trained dog to title in the UK which has a vastly different system than the hunt test or trial circuits here in the U.S.

Day-in, day-out training teaches the dogs concepts they’ll encounter in the field, be it the hunting field or in the field of competition. That consistent training sets the dogs up for success in both realms and helps condition the dogs physically. But, the rigors of daily training, hunting and travel on the testing circuit or to hunting destinations also takes a physical toll on dogs.

And that’s where healthcare and nutrition enter into the championship equation.

Nutrition and Diet: The Building Blocks of a Champion

Often overlooked and downplayed, nutrition plays an integral role in preparing dogs for field-trials, hunt-tests, and running the uplands for a week straight. What you feed your dog is the foundation that fuels his performance.

To put it bluntly: It’s not the place to cut corners.

“Here’s the deal, I don’t know anyone who doesn’t want the best performance out of their dog. If buying a high-quality premium dog food helps them perform at their peak and allows you to focus on training and everything else, why wouldn’t you,” said Akin. “If you expect the best out of him, why wouldn’t you give him the fuel he needs to help perform at his full potential?”

According to both Akin and Criscoe, their dog food of choice comes from Eukanuba, which has expanded its Premium Performance line to meet the needs of various working breeds based on activity level. Premium blends, many with a 30-percent protein and 20-percent fat, have long been the industry standard from different brand names and for sporting dogs. But while both trainers do indeed use the Premium Performance 30/20 SPORT blend, not all dogs train, work or hunt like professionals’ dogs, and, further, not all working dogs perform the same duties afield – some run sprints while others run marathons – and those duties require different levels of nutrients in various combinations to help them work at their peak. Tailored nutrition provides tailored results, which can translate to success when it matters most.

“At Eukanuba, we start with a ‘whole-dog approach’ to nutrition,” said Russ Kelley, Science Lead / Service and Working Dog Research Manager at Eukanuba’s Pet Health and Nutrition Center. “That broader view examines how food impacts the dog’s entire bodily functions. It looks at the food’s relationship to the circulatory, respiratory, muscular, digestive, and other systems, and how nutrition can help elevate performance. Our scientists study muscle mass and movement, natural defenses, healthy skin and coat, and strong bones and joints.”

The big three nutrients that matter are protein, fat and carbohydrates as they’re the building blocks for performance nutrition. But also, it’s the levels of those three and in what combination with other nutrients, that help dictate energy efficiency, digestibility and, ultimately, help fuel championship-level performance. Here’s an overview:

Protein: There’s a reason athletes drink protein shakes while training, and there’s a reason it’s the big number promoted on dog food bags. Proteins, comprised of amino acids, are the building blocks of all muscle tissues – from fast twitch muscles for sprinting to load-bearing muscles for power. But protein does more than just build muscle tissue. Protein helps replace lost cells in all body systems from the circulatory, respiratory, digestive, and nervous systems, among others.

“When amino acids are absorbed by the body, they are reassembled into ‘functional proteins,’ which are used to help support organ and muscle tissues. So what you see listed on a bag of dog food is ‘dietary protein,’ which is the protein that starts off the entire rebuilding process,” said Kelly. “Protein digestibility can vary widely from source to source and from diet to diet. Sporting dogs work best if they have a high protein digestibility. In that instance, more protein is absorbed by the dog’s body, while less is passed through as stool.”

Pro’s Take: “The cool thing was the trunk change while maintaining regular work schedule,” said Criscoe. “We’re feeding slightly less, but getting the same muscle build, cut, development and definition in the shoulders and backend.”

“Omega-3 fatty acids come from fish oils. Omega-6 fatty acids come from chicken fat, as well as plants and vegetables. Vegetable oils and other high-quality ingredients are frequently used. These fats are highly digestible and are among the first types of energy to be metabolized during aerobic exercise. Energy from fat is concentrated and helps provide dogs with lasting energy.

“When most people think of fat, they think of stored fat,” Kelley said. “Dogs metabolize stored fat at a different rate. Stored fat is a reserve that is utilized by the dog’s body when he has engaged in significant workloads over an extended period of time. As the dog metabolizes more readily available energy from fatty acids and carbohydrates, the fat reserves offer additional energy for the dog.

Pro’s Take: “We have a lot of hard-working dogs and even when they’re in kennels, they’re burning energy pacing as much as 10-15 miles a day, which is a real concern about keeping weight on dogs,” said Akin. “Eukanuba makes it easy to keep weight on, even with dogs that had issues before.”

Carbohydrates: Dogs don’t do keto, and all the talk of grain-free diets circling the interwebs ignores aspects of nutrition important to working canines. Carbs from sources such as corn, wheat and sorghum provide immediate energy for short bursts of energy like sprints, and what’s not used is stored for easy fuel when needed. Additionally, fiber is a carb. It aids the digestive tract and keeps things moving inside your dog.

Whether you’re looking to put that Field Champion title on your trial dog, a Master National on your test dog or just work the hunting landscape day after day, the training expectations and nutrition plan you create with your dog helps determine the level of your success. Nutrition helps start the entire chain of successful events. Eukanuba’s Premium Performance line helps your dog perform at his peak with tailored diets formulated to meet his physical needs.